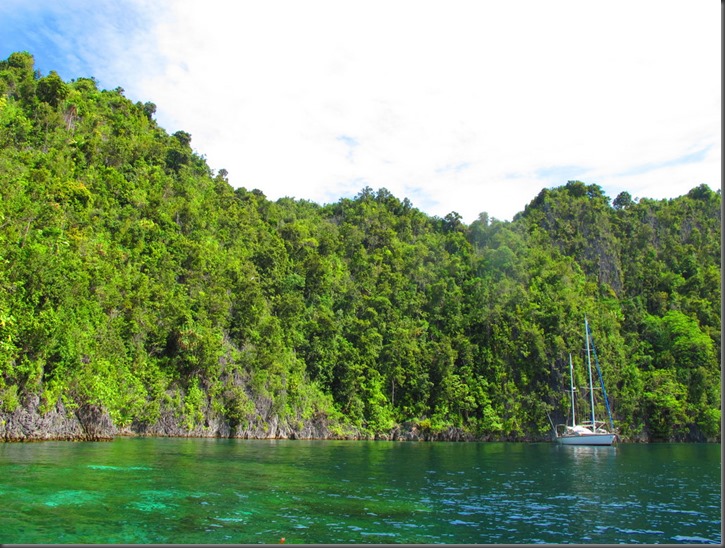 It feels like ages since Brian and I first started talking about sailing to Indonesia. We were in Melbourne, Australia and I had a break from university so some internet research was in order. In only a few hours I was bombarded with information about religion, temples, islands, animals, and that was just the beginning. Indonesia has something like 17,000 islands which makes it the largest island group in the world stretching over 4000 kilometers east to west, just about as wide as Australia.

Right from the beginning there was one place that captivated me – Raja Ampat.

That day in Melbourne was nearly a year ago. The preparation to make this dream a reality was pretty intense. I worked to save money, did heaps more research, worked on numerous boat projects to prepare Delos for the sail, and sailed around a good bit of Australia. And now so suddenly after leaving Australia only a few weeks ago we are here!

This morning we arrived in Misool, one of the first areas we’ll explore in Raja Ampat. We’re now stern anchored in a sweet lagoon surrounded by an archipelago of tropical green limestone islands that rise out of the water. The water is crystal clear and perfectly blue, there are heaps of fish, and we’re a stones throw away from numerous world-class dive sites. Raja Ampat has one of the world’s largest tropical marine ecosystems and an outstanding biodiversity of fish and coral. And we’re right smack in the middle of it!