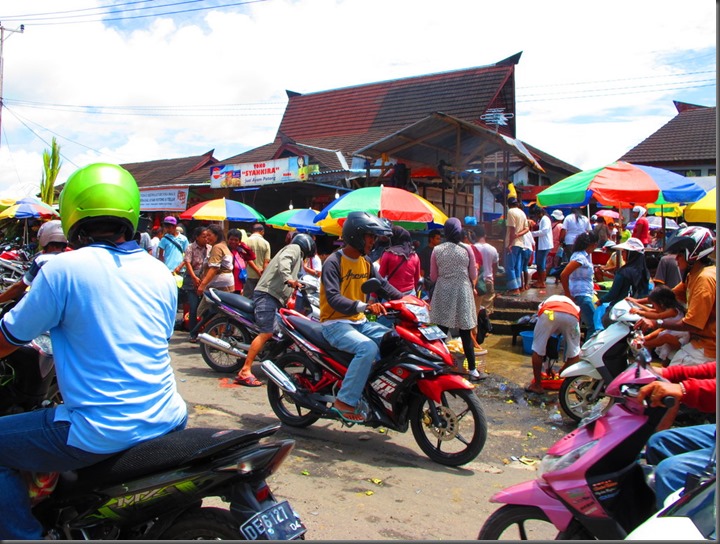 Our first taste of a bustling Indonesian city came in form of Ambon, Indonesia. After having to motor the 120 miles from Banda Naira (yep, 0-2 knots of breeze) and dodging fishing huts we arrived in the early afternoon and set out to explore the city and check in with Immigration and the Harbor Master. Ambon is the capital of the Spice Islands and a pretty good sized city with a massive market. The public bus ride into town was a cheap 3,000 Rupiah ($.30) and a cab ride was a whopping 30,000 Rupiah ($3.00) for 5 people so things are pretty cheap, especially since we’re still used to Aussie prices.

The business of the city smacked us in the face and we felt a bit hazy after spending only a few minutes in traffic. We had never seen anything like it. It’s actually quite insane with scooters, buses, cars, and trucks whizzing by and going every which way. We only saw one accident in which a scooter slammed into a parked truck and skidded to a halt next to us. Everybody jumped right up and carried on. Apparently no big deal. It baffled us, back home there would have been police, lawyers, news reporters – here, nothing. Everything carried on like nothing happened. It was like we were in a different world.

The market was immense and packed with all sorts of seafood, veggies, fruits, and cheap goods for sale. The people were exceedingly friendly and on more than one occasion we were asked to have our picture taken with the locals, which is pretty cool. I don’t think they see many tourists ‘round these parts. In fact we only saw one other tourist-type in the few days that we spent here. 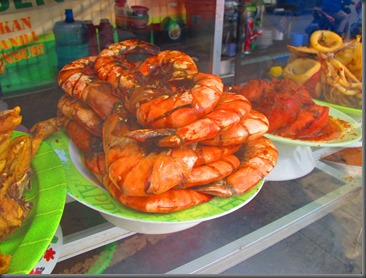 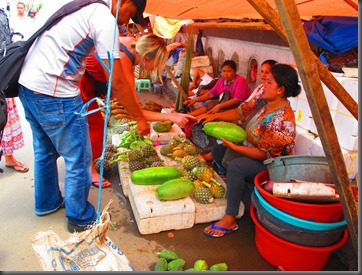 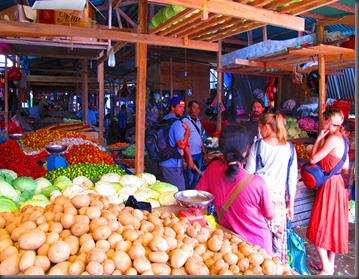 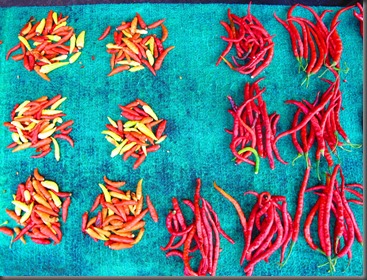 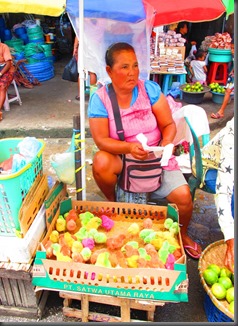 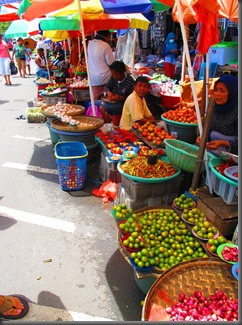 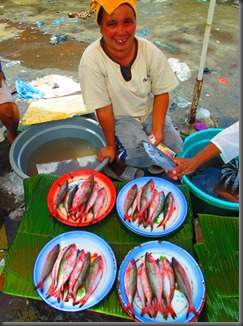 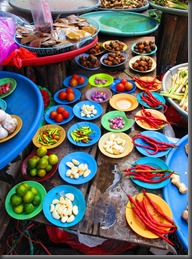 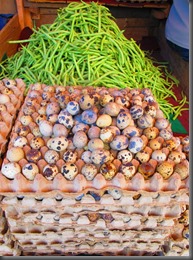 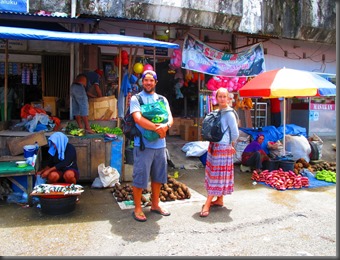 We went a little nuts at the market provisioning with fresh fruits and veggies.

We were warned about pick-pockets at the market so wore our backpacks as frontpacks. I was hanging back from the rest of the group and witnessed two teenage locals tailing our movements- stopping when we did but always watching us. I had a bit of fun videoing them for a while. I really don’t think they appreciated me filming their stalking. As soon as they became aware I was filming them they buggered off.

We were able to get fuel in Ambon at a ridiculously low price. After visiting a few merchants we found the best deal and were told to bring as many jerry jugs as we liked. The price was set at 6,500 Rupiah per liter, or about $.65. In Darwin we paid $1.68 per liter so this was a steal. We only needed about 150 liters but I stuffed every last drop I could into our tanks and jugs and somehow managed to fit 188 liters in. The winds are going to be light as we near the equator. We did get in trouble for clandestinely filming our fueling operation. Apparently it’s illegal to put diesel in jerry jugs since the terrorist bombing in Bali but it seems no one really pays attention. They just don’t want to be caught on camera doing the deed. No matter that there were two police boats tied up next to the pier where we were filling our jugs. They waved and smiled when we motored by in the dinghy on multiple trips, loaded down with jerry jugs full of diesel. Apparently we’re not a threat.

I had our Baja Filter prepared in anticipation of dirty fuel but I have to say it was some of the cleanest we’ve ever gotten. No matter that it was scooped out of a barrel by hand, they always took it from the top and routinely tested for water. Plus their measurements were very accurate counting out the liters while you watch. Pretty straight up guys in my opinion! 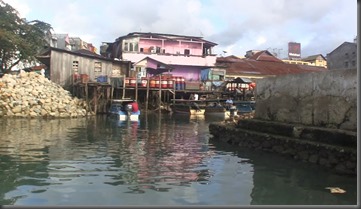 Back water Indonesian petrol station, but only $.65 per liter! 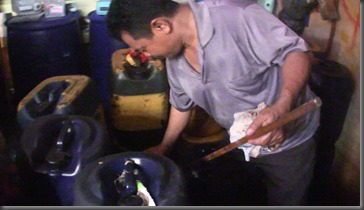 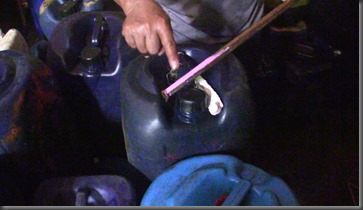 Checking the diesel for water. 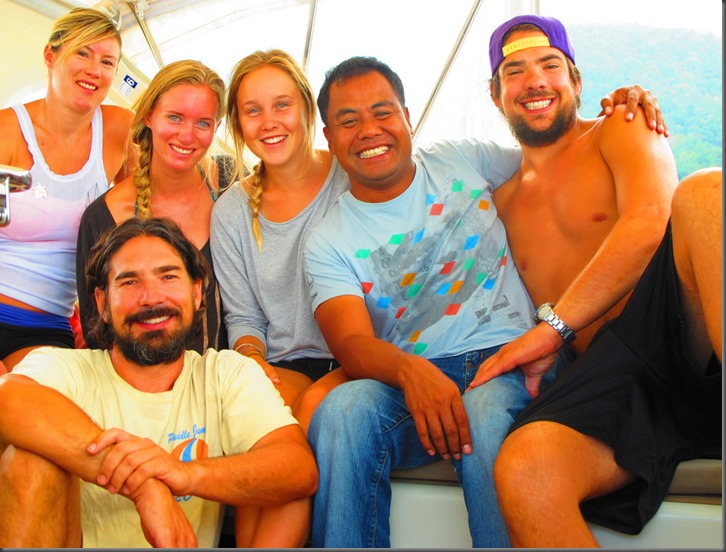 Abba and the crew. Thanks for the tour and translation services!