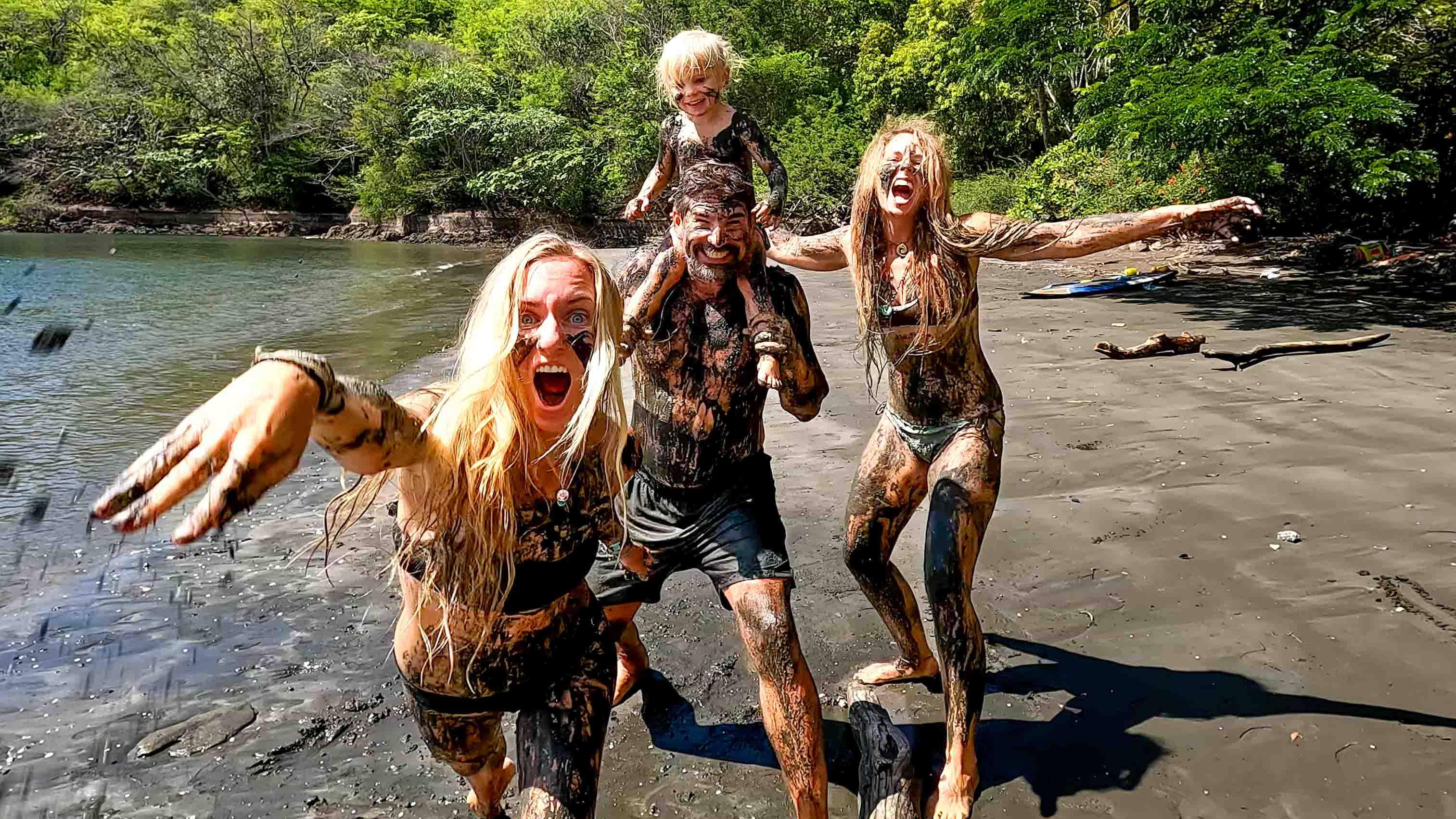 What have we gotten ourselves into in Costa Rica??? Join us in the Gulf of Nicoya as we finally find the calm protected, tranquil slice of paradise we thought we were looking for…And instead of enjoying the peace and quiet we decide to just go completely crazy 🤪 Mud fights on the beach, homemade margaritas from wild mangos we picked that will singe the hair off your eyebrows, and Sierra’s first trip to prison! Throw in some rowdy howler monkeys and a sassy beach fashion show from Kazza…and what more can you hope for on a Friday???

Protect yourself from the sun!

Support Our Videos- Send Us Love

We’re completing our sail around the world, so there’s plenty more to see! Your support will fund better camera gear, internet to upload videos, and of course creative lubricants to smooth the editing process 🙂

Sort by Most Recent Sort from the Beginning 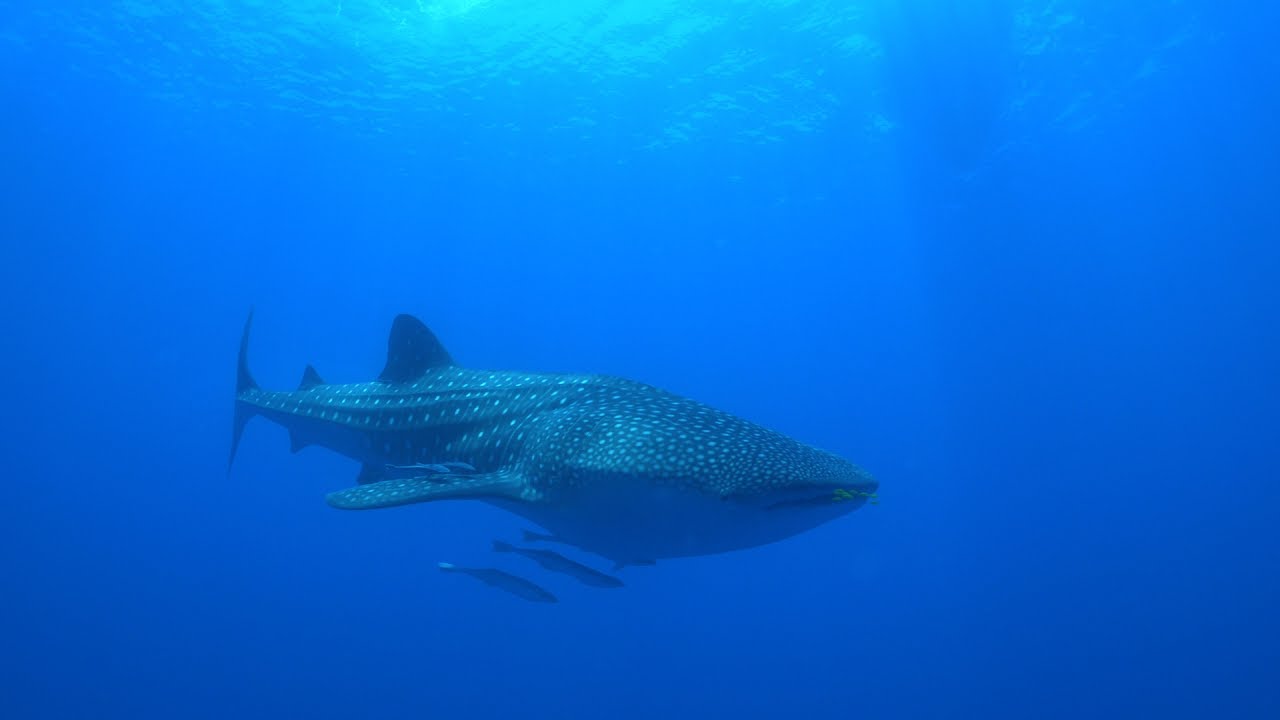 In this action packed episode we meet up with Tonya and Ben, one of the finalists from our “I wanna be a Delos pirate” video competition! We hang out for a few days in Madagascar, take them diving on our sub-wing behind Maggie, and then go out in search of the biggest fish in the world- the amazing beautiful whaleshark! END_OF_DOCUMENT_TOKEN_TO_BE_REPLACED 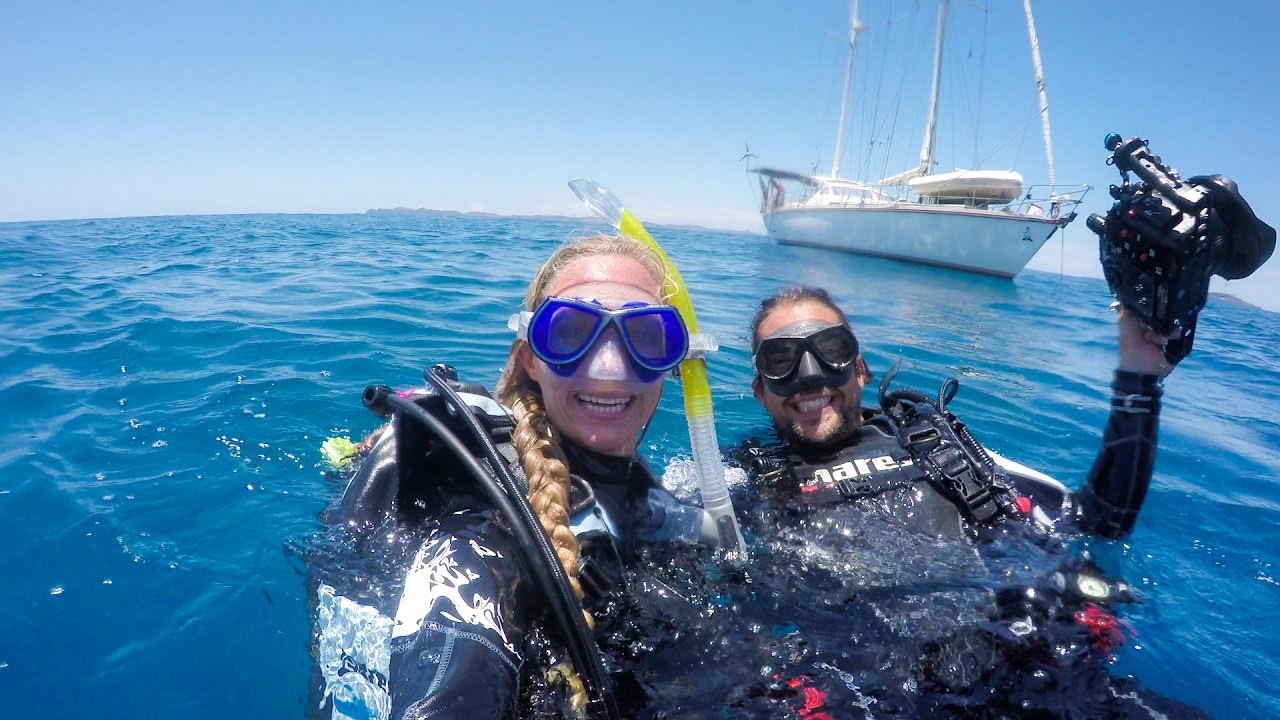 Bonus Video- http://patreon.com/svdelos Video Request! How we run a mini-dive shop on a sailboat!

A special extra video for our amazing patrons, hope this answers some of your questions about how we run a mini-dive shop on Delos! END_OF_DOCUMENT_TOKEN_TO_BE_REPLACED 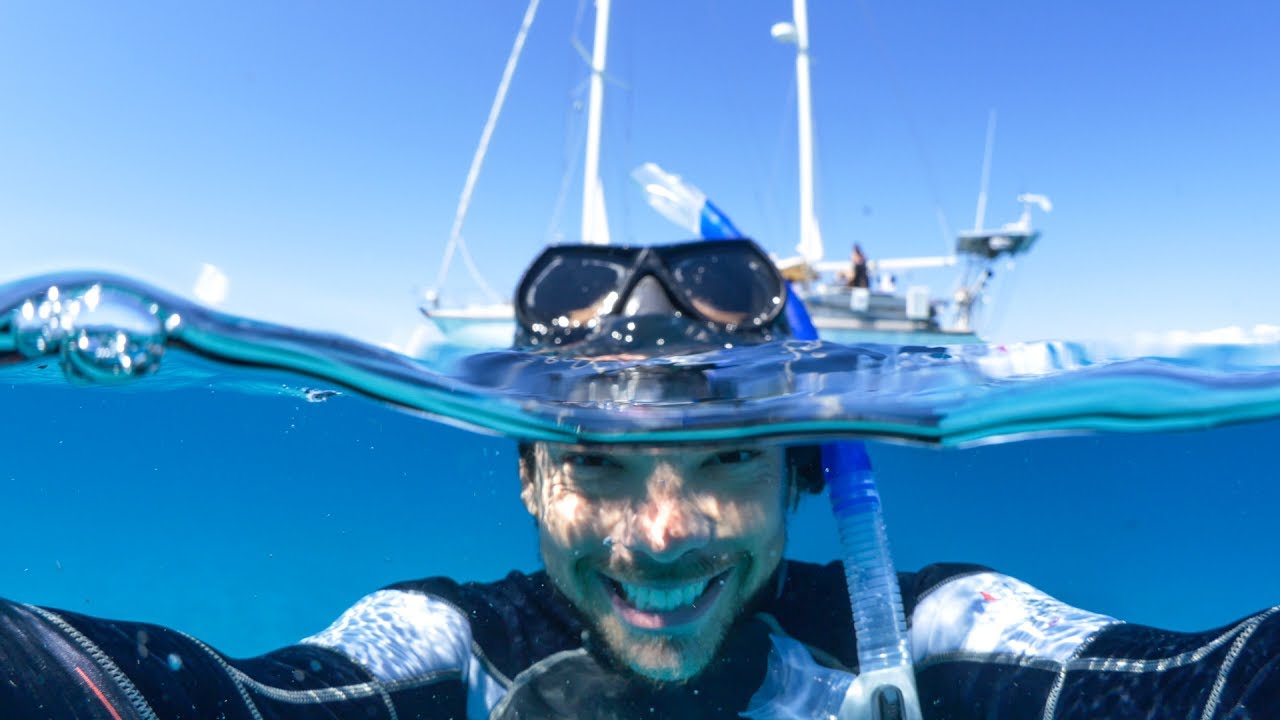 We set off on a Delos Dives Madagascar Expedition! We’d heard rumors about a few epic dive sites only a day sail away from our trusty anchorage in Nosy be! So we picked up the hook and prepared for a week of just diving! END_OF_DOCUMENT_TOKEN_TO_BE_REPLACED 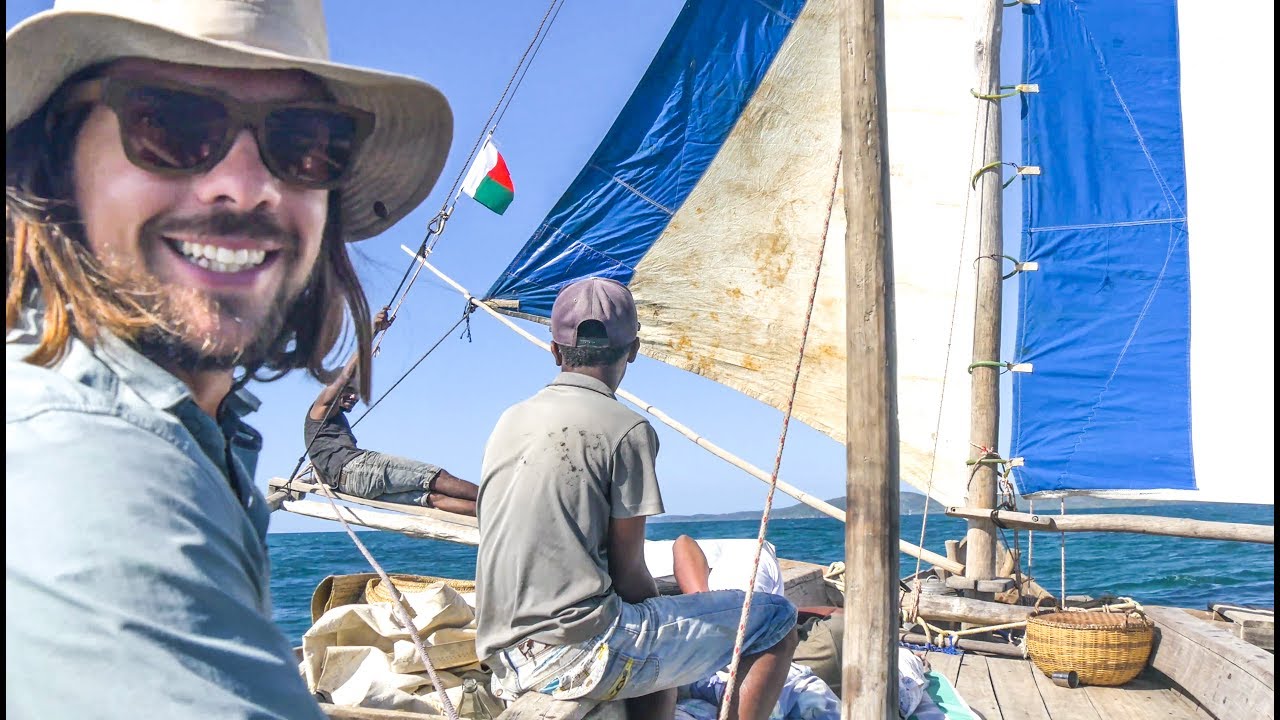 After a year of progress our good friend Flo has finished his traditional Madagascar sailboat! He invited us along to buddy boat with him to some incredible spots around Nosy-Be! It was an unforgettable experience to see the local culture up close and good a good dose of beautiful sailing at the same time. END_OF_DOCUMENT_TOKEN_TO_BE_REPLACED 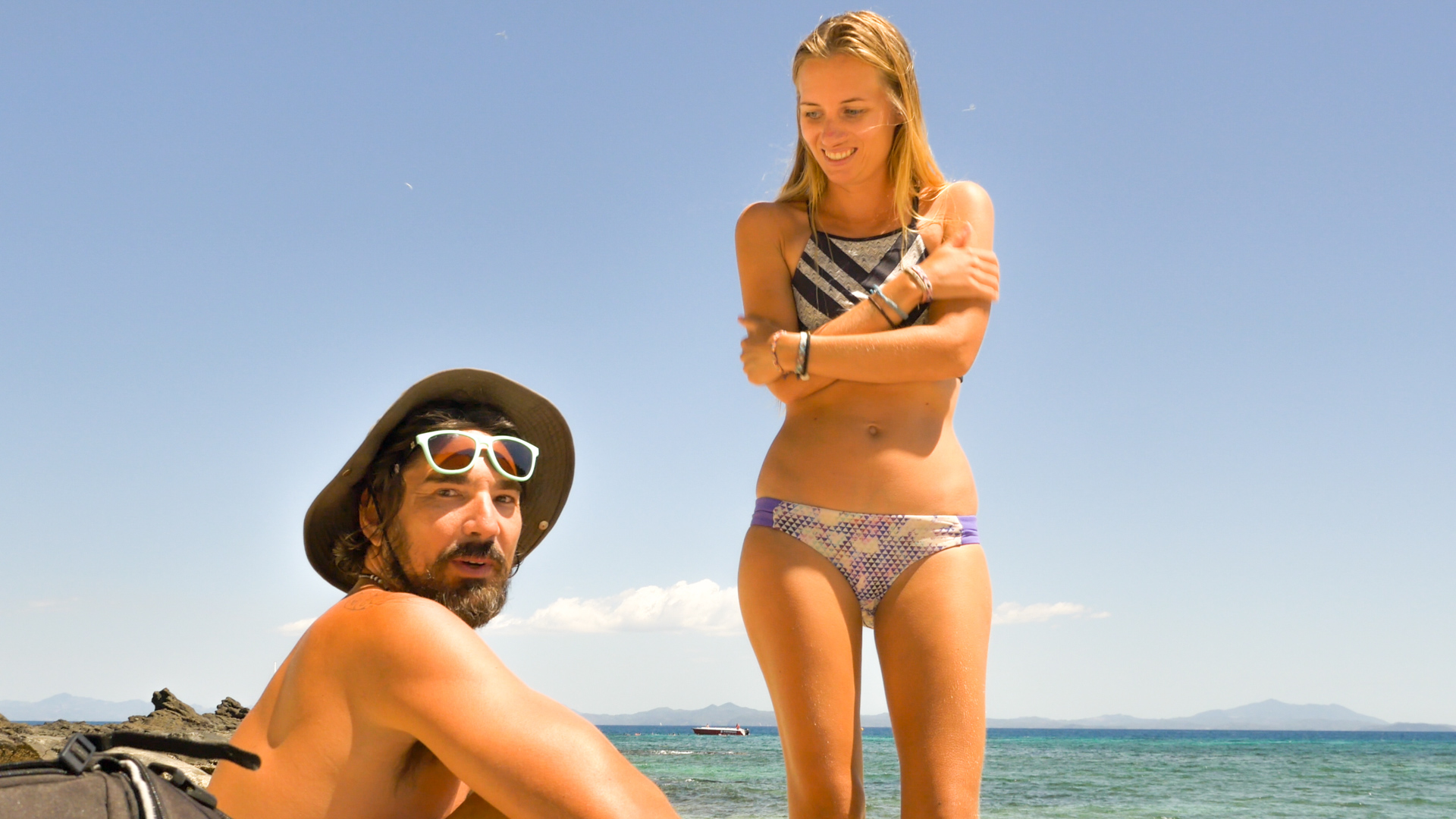 Sailing through Madagascar for Kazza’s birthday week extravaganza!!!! We set out from Nosy Be for a week full of wicked sunsets, incredible scuba diving, a solar eclipse, and even nearly waking up with Delos aground during a massive tide. END_OF_DOCUMENT_TOKEN_TO_BE_REPLACED 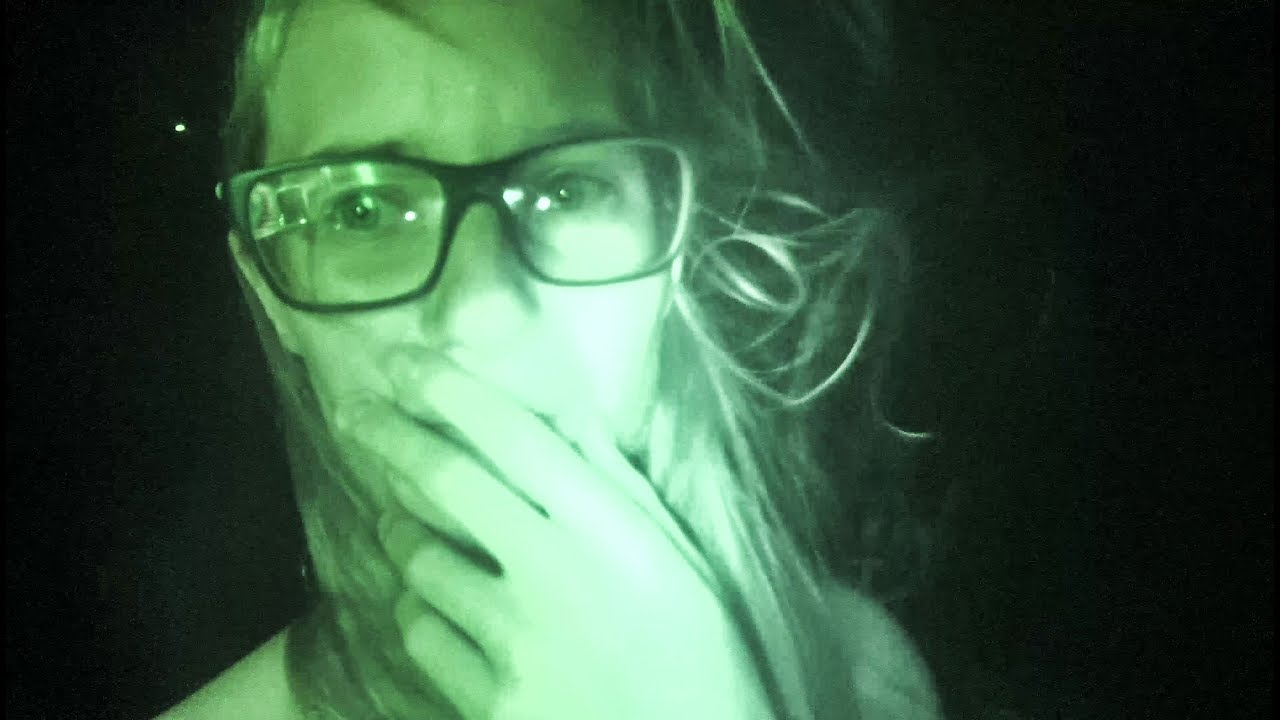 Sailing around the world also has its darker moments… In this episode the crew deal with a local in Madagascar trying to steal Maggie, the beloved dinghy, in the middle of the night. END_OF_DOCUMENT_TOKEN_TO_BE_REPLACED

Sailing and Island hopping around Nosy Be is some of the best we’ve ever seen! we set sail back towards crater bay as we had to say a sad goodbye to Camilla, that was catching a flight back to Sweden. Leaving the incredible Lemur island, we did another stop at the tiny island of Tanikely! END_OF_DOCUMENT_TOKEN_TO_BE_REPLACED 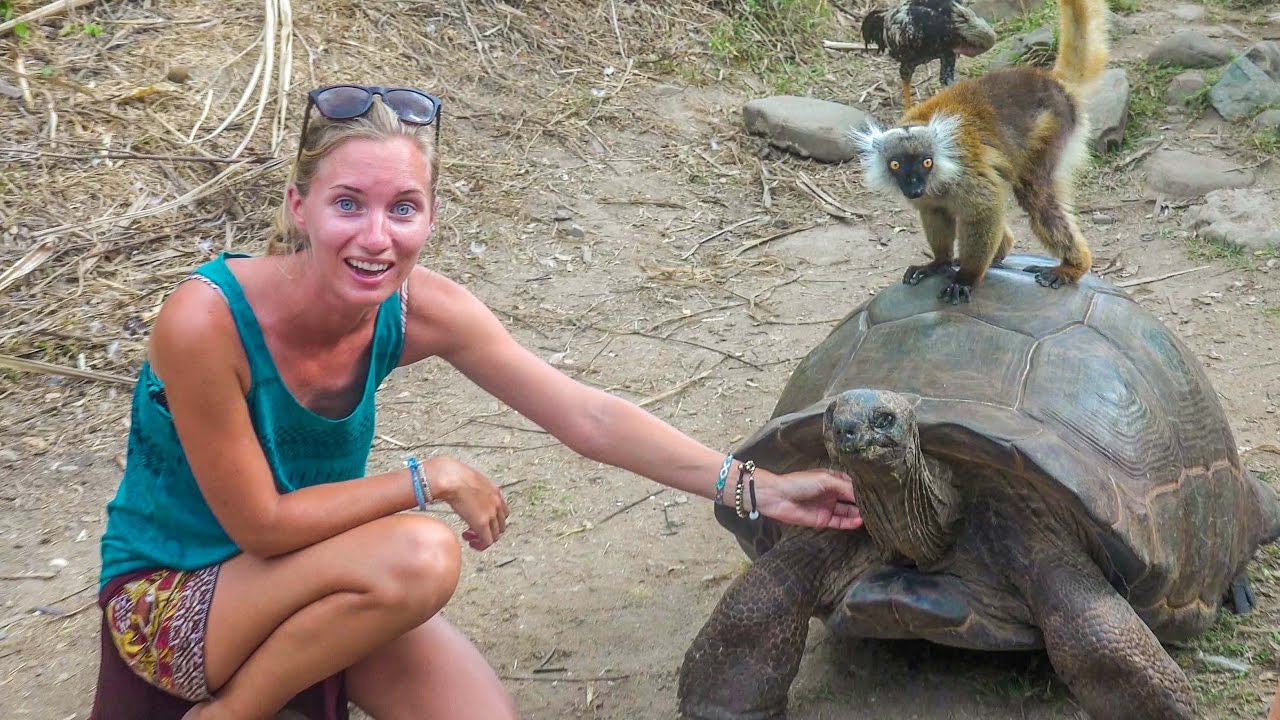 Reunited and it feels so good!!! After one year and 6,500 NM we sail back into a familiar anchorage in Nosy Be, Madagascar! It’s so nice to be around good friends 🙂 END_OF_DOCUMENT_TOKEN_TO_BE_REPLACED 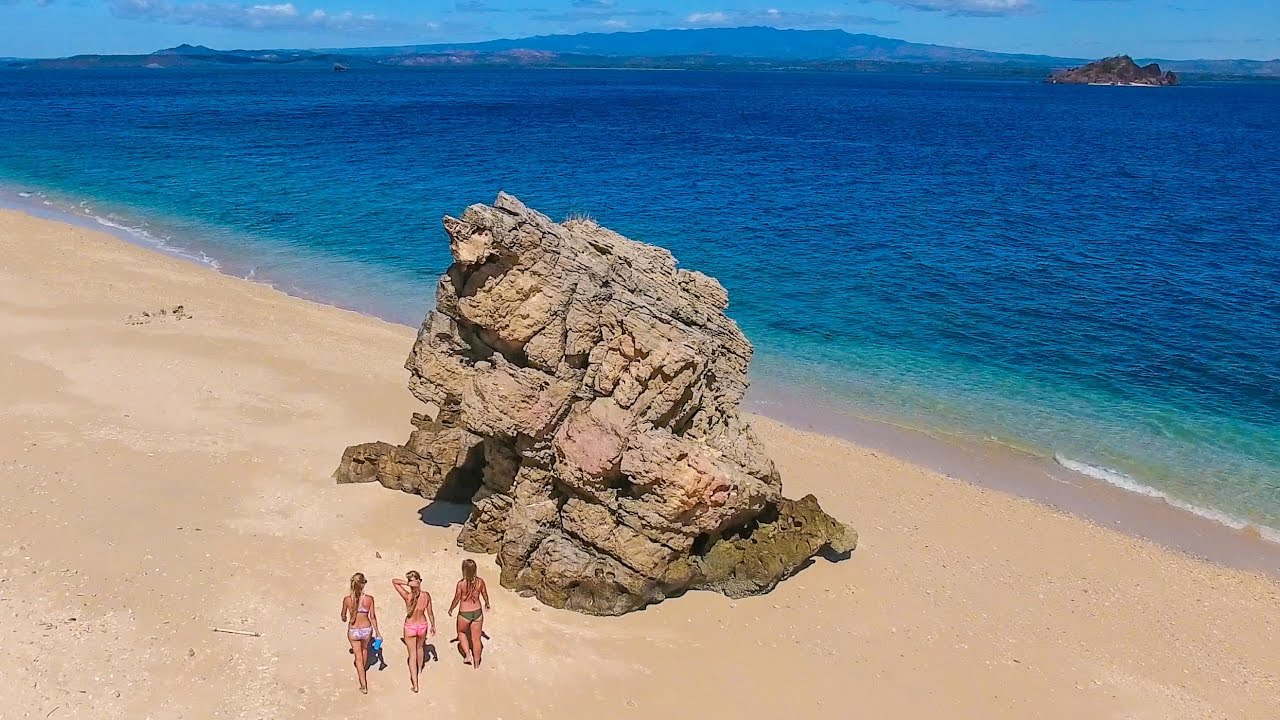 After rounding the gnarly northern cape of Madagascar we make it to an amazing remote limestone island! The timing was perfect as the wind calmed down for us to enjoy a full day of diving, climbing and enjoying the beach! END_OF_DOCUMENT_TOKEN_TO_BE_REPLACED 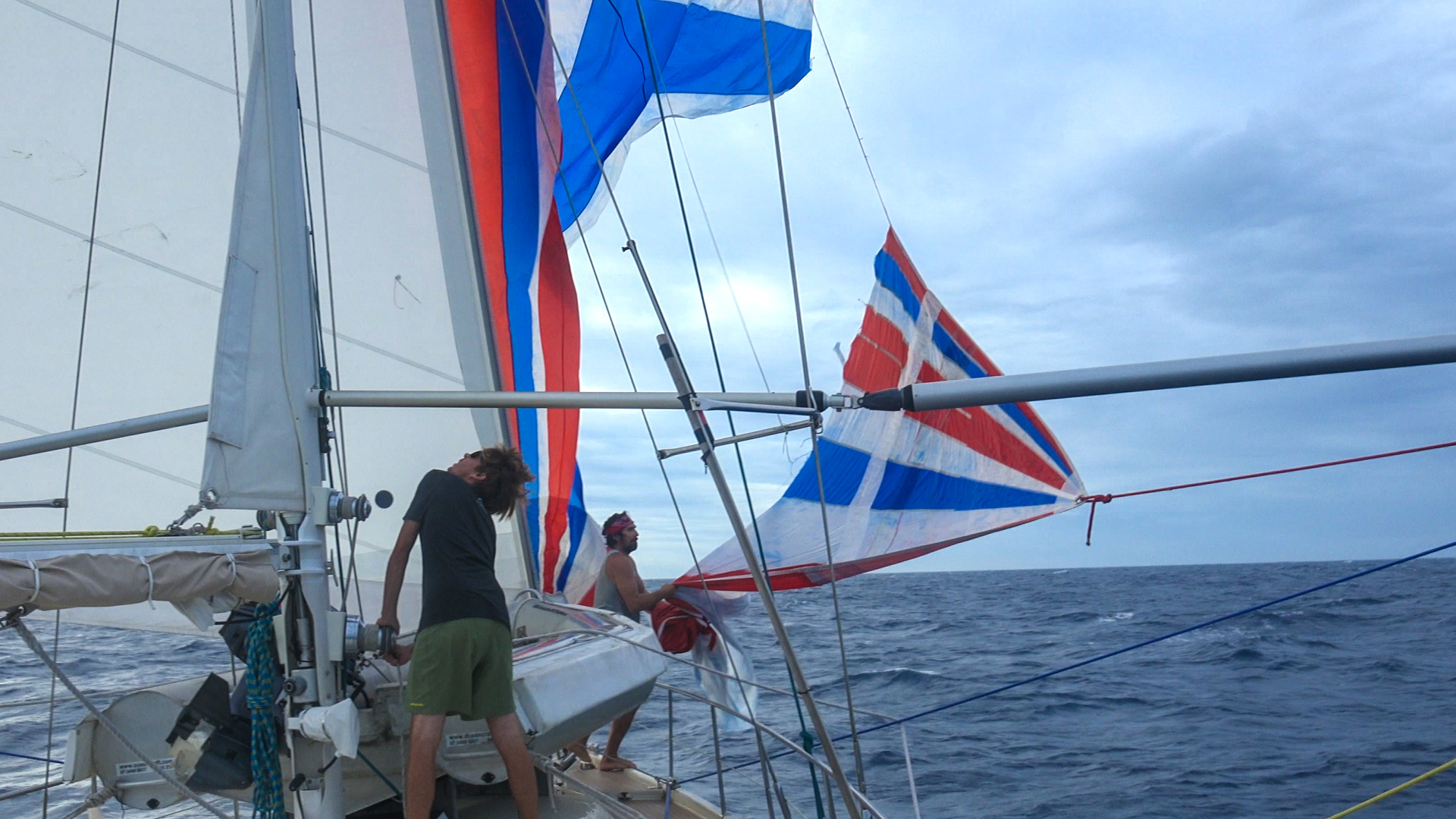 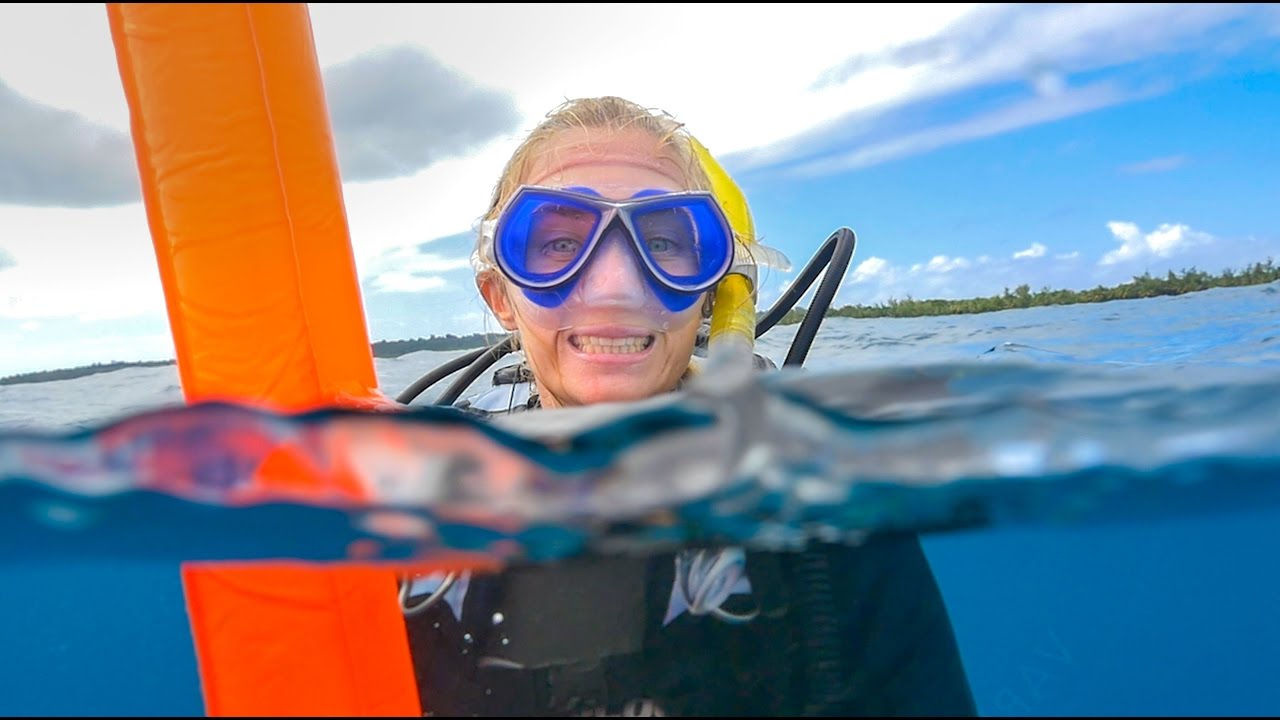 We set off on our first adventures with our new crew Greg and Chyanne! After quite a few failed attempts to find a good dive spot we finally find some epic scuba diving! With heaps of fish and giant lobsters! END_OF_DOCUMENT_TOKEN_TO_BE_REPLACED 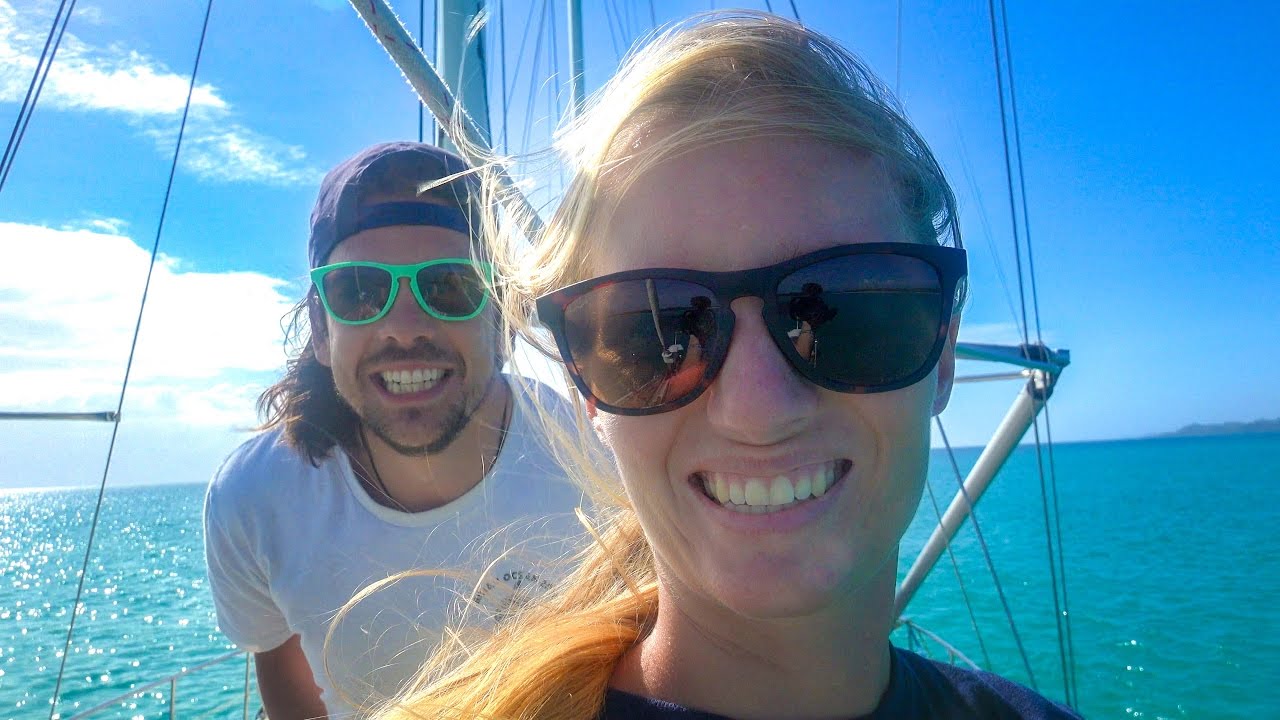 This video can be perfectly summed up in my favorite Madagascar phrase “Mora Mora” it literally means “slowly slowly” simply – things happen when they happen. We meet awesome locals that show us some incredible hidden gems, beautiful waterfalls, crazy wild life and pristine beaches. END_OF_DOCUMENT_TOKEN_TO_BE_REPLACED 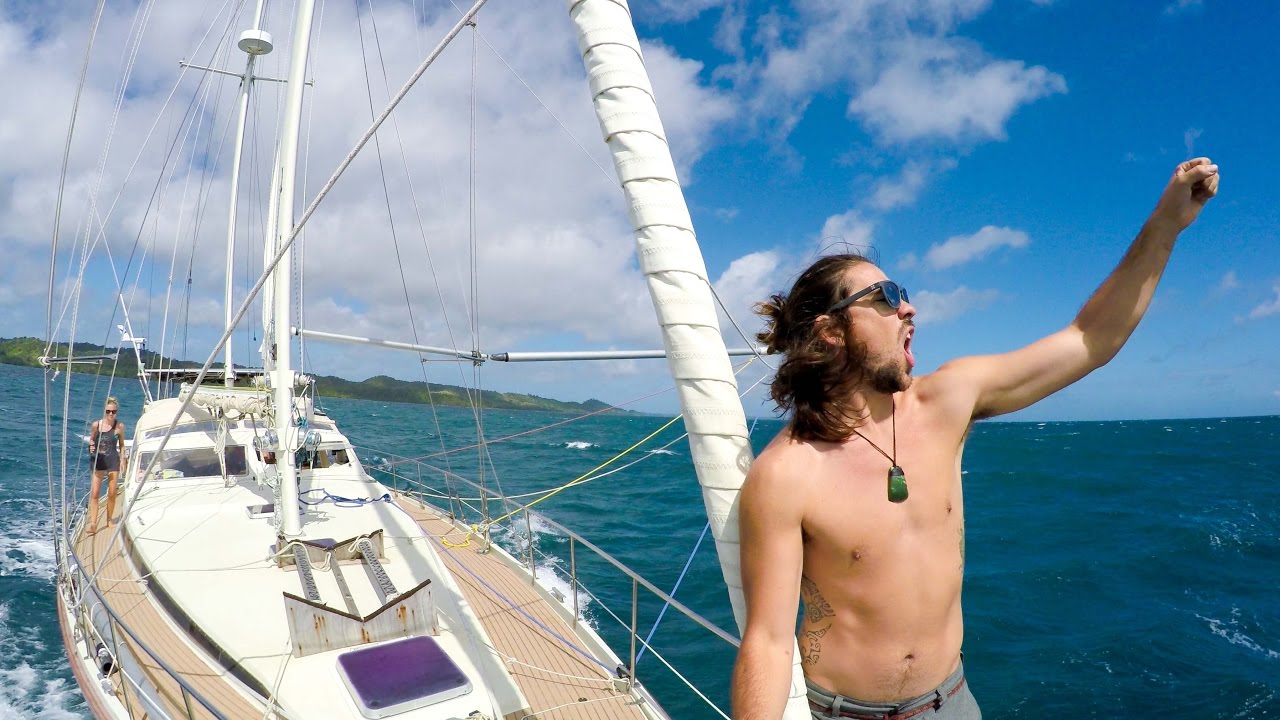 After some 6000 NM and almost a year later we arrive back in Madagascar and whoow it felt good to be back! Our first stop – Isle St Marie, a small island with a crazy pirate history and one of the world only pirate grave yards.. totally cool!! END_OF_DOCUMENT_TOKEN_TO_BE_REPLACED 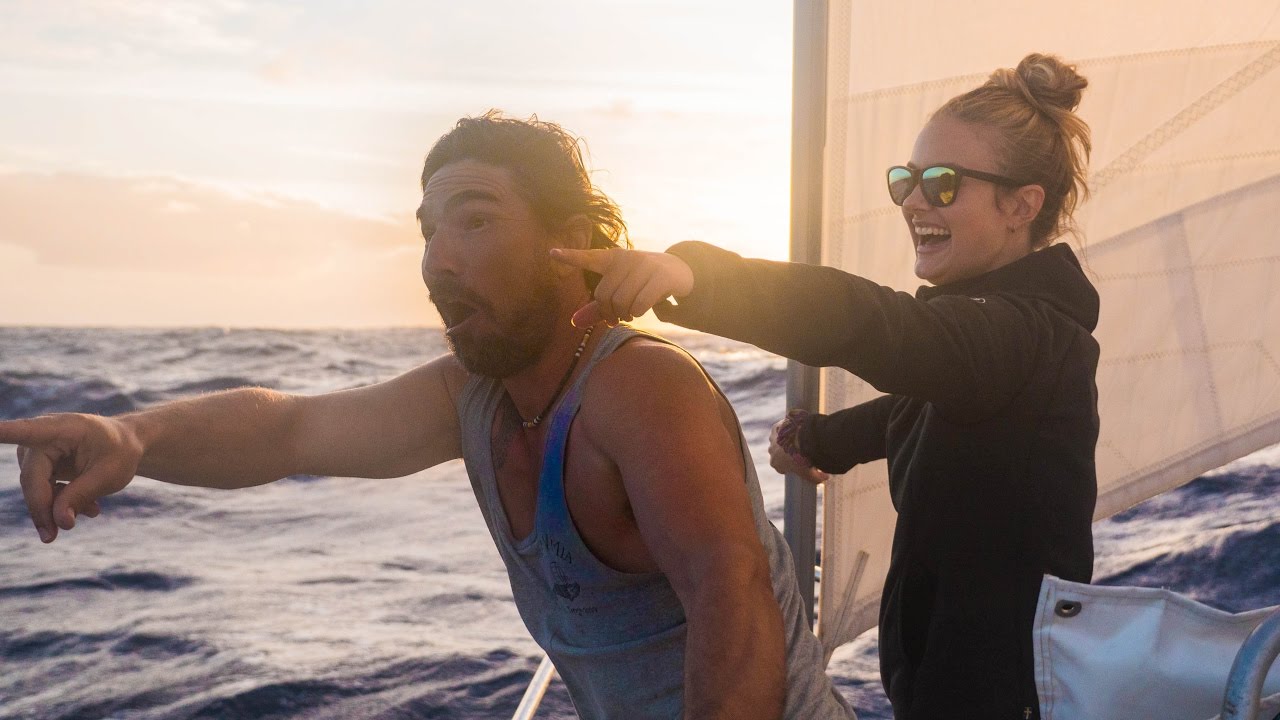 With a severe tropical storm moving our way fast we decide to start our 575NM passage from the remote sandy beach island of St. Brandon to Pirate Bay in isle St. Marie, Madagascar! And what a passage, one of my favorites actually! Conditions where great, with a steady 25 knots behind the beam Delos was cruising along at 8kn. END_OF_DOCUMENT_TOKEN_TO_BE_REPLACED 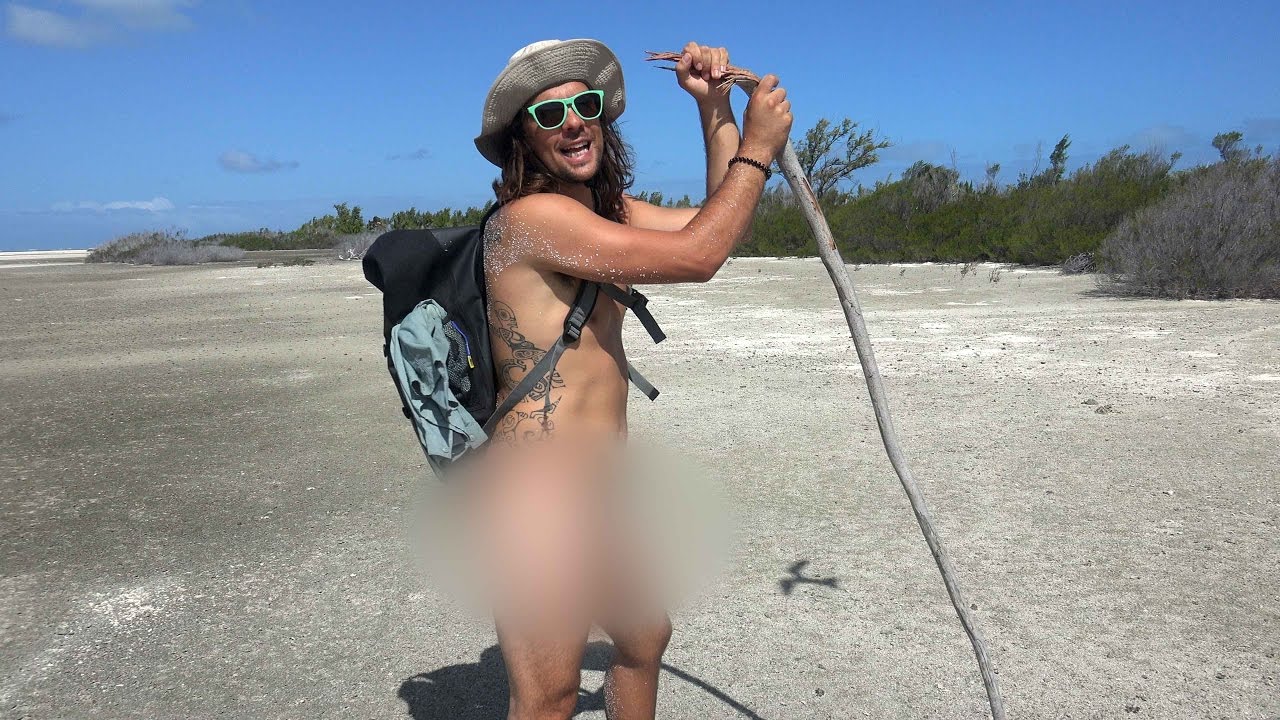 Wanna know what paradise looks like? Man, this place is incredible! Take crystal clear water, sprinkle some pure white sand beaches around then put Delos right in the middle! No people no internet just us and thousands of birds. END_OF_DOCUMENT_TOKEN_TO_BE_REPLACED 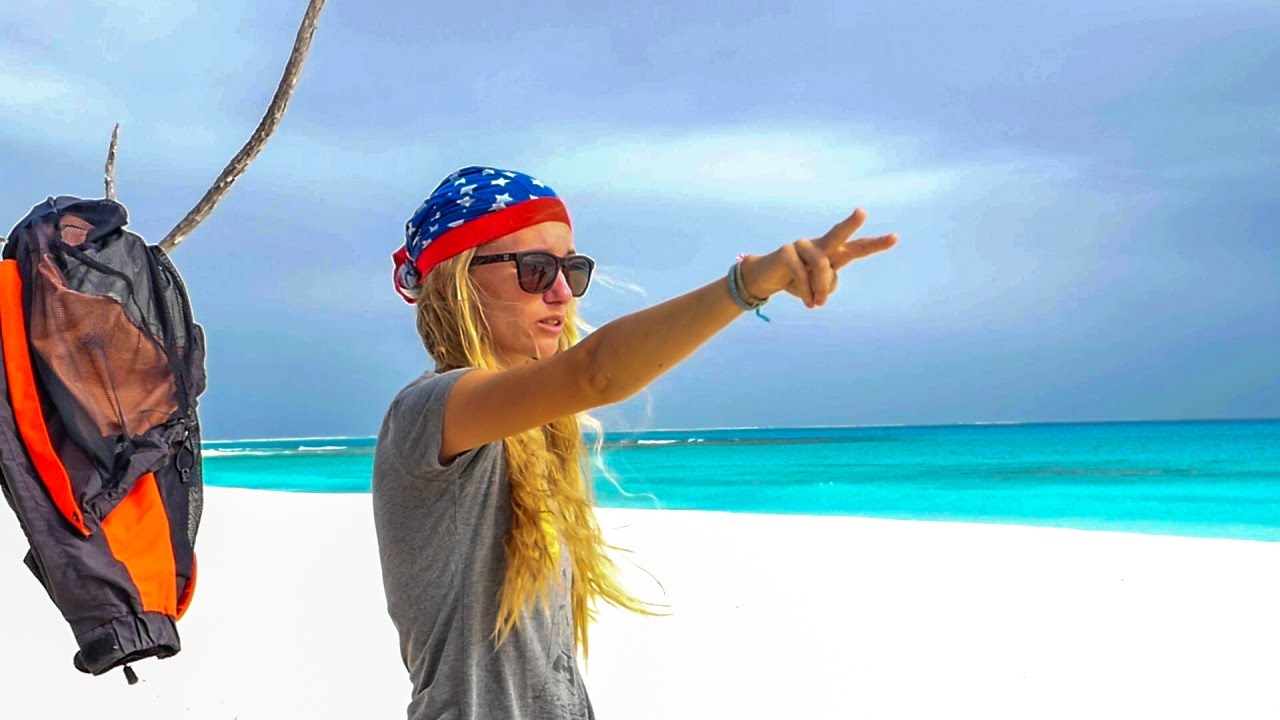 After Kiril and Dillon leave Delos to continue their travels to Vietnam, the rest of us prepare for our sail to one of the most remote places we’ve ever been! After a rough but short sail we arrive on the 4th of July in Paradise! Welcome to St. Brandon Shoals 🙂 END_OF_DOCUMENT_TOKEN_TO_BE_REPLACED 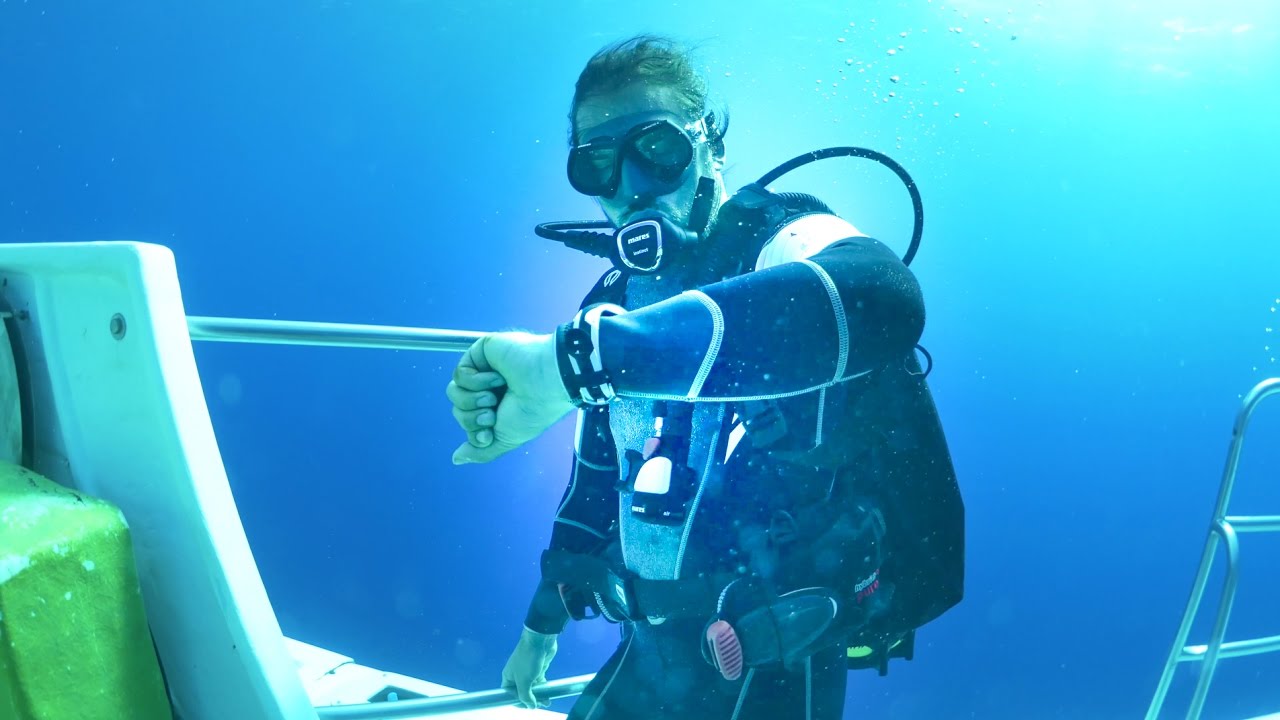 The crew takes a road trip around Mauritius to check out some local sites including the 7 colored sands. We go on a mission to find a grounded bulk carrier! While waiting for our permit to come through for St. Brandon Shoals we go on the hunt for wrecks to scuba dive on and end up hitching a ride on a f*cking submarine! Yeeeeewwww! END_OF_DOCUMENT_TOKEN_TO_BE_REPLACED 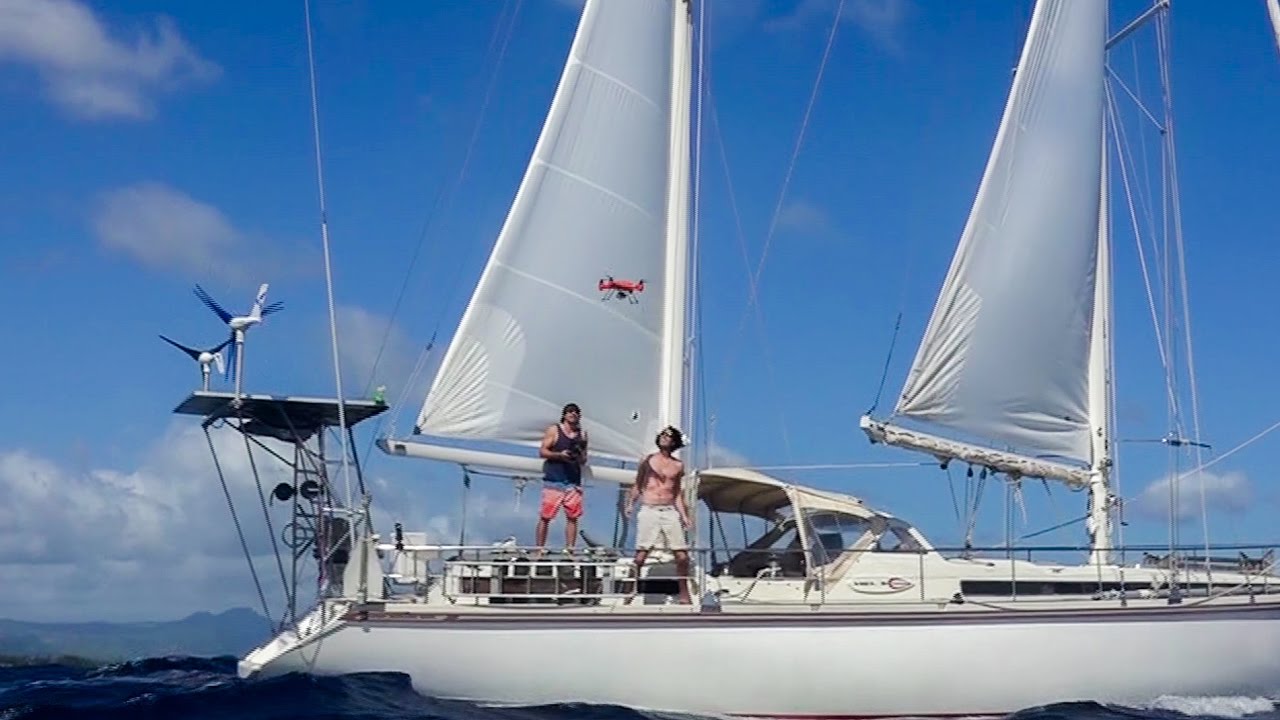 As Dillon is paddle boarding back to Delos one night there is a bit of a mishap and he knocks his tooth out! We do a night diving mission to try and find it… but to no avail. As you can imagine, he must’ve given his mouth a good whack if he ended up knocking his tooth out, which is definitely what happened. I remember squirming when it happened because I just had an awful idea about how painful it would be. Although, what I will say is that he was lucky that he only knocked out one tooth, as it could’ve been a lot worse.

I’m not sure what he’s going to do about his lost tooth. He hasn’t mentioned either way if he is just going to leave it as it is, or if he is going to see his dentist at the earliest convenience. If it was me, I would be straight to the dentist trying to get it sorted. In fact, I would even consider getting something like a smile makeover, as if you weren’t aware (like I wasn’t initially) that a smile makeover addresses majority of appearance issues, and if you had a lost tooth or other dental issues that you were conscious about, this would be a good way to achieve a smile that you are proud of. Of course, I will support Dillon either way though.

After his paddle boarding accident, I do have to say that I am a bit nervous about getting back on the board in case the same thing happens to me, but this is just a fear that I will have to get over. That wasn’t the end of our action-packed day though, as then, in a random connection, we end up going to see the epic GoodLuck Live Band at a local resort! After the concert we start sailing south and decide to give our new splash drone a shot…uh oh! END_OF_DOCUMENT_TOKEN_TO_BE_REPLACED