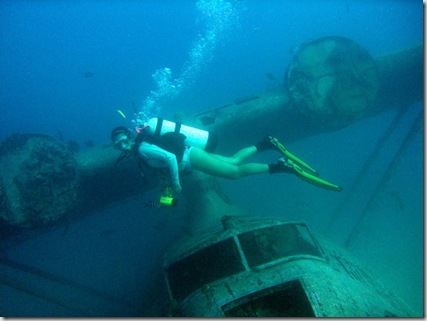 Craving a dive we set off in the dinghies with Brad and Kat from Ghost and Roger from Beaujolais in search of a Catalina Seaplane and cargo schooner wreck reported to be in the area.  From what we’d heard from another cruiser and the local dive shop it was located off the end of one of the Papeete airport runways.  The directions were something like “Head towards the airport inside the marked channel towards Papeete, make a left at the second red buoy, and look for the white floats.  You can’t miss it!” 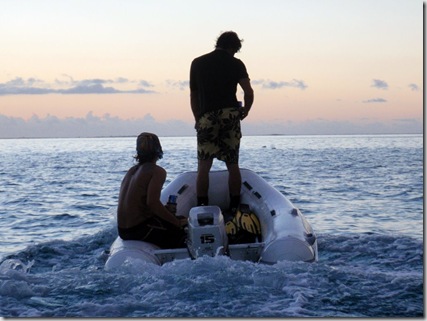 Having doubts we did some online research and found a blog with GPS coordinates.  Armed with our trusty Garmin and a boat load of dive gear we set off to find absolutely nothing at the specified coordinates.  After some backtracking and zooming through shallow lagoon water we finally found the floats almost .5 miles from where they should have been.  The site from the surface was spectacular and well worth the search.  In 45 feet of crystal clear water we could clearly see the outline of a plane wing directly below the dinghy. 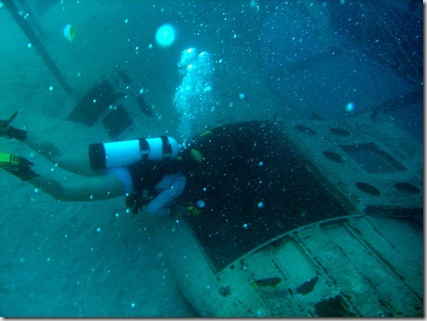 We entered a hatch near the tail section and swam through the fuselage and into the cockpit posing for photos along the way.  The wreck was well preserved with wings, fuselage, and tail section intact.  Dropped on a sandy slope the starboard wing tip dropped down to nearly 70 feet.  The visibility was awesome.    The wreck was relatively free of growth and you could make out the details in the aluminum construction. 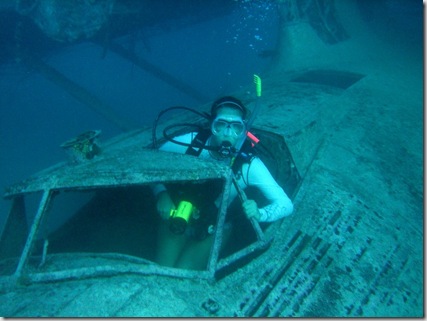 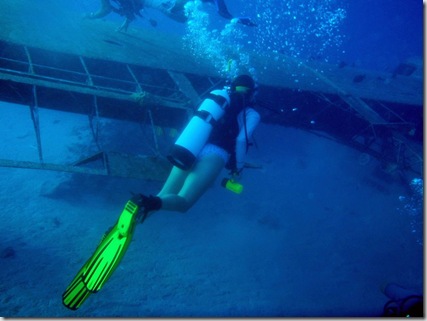 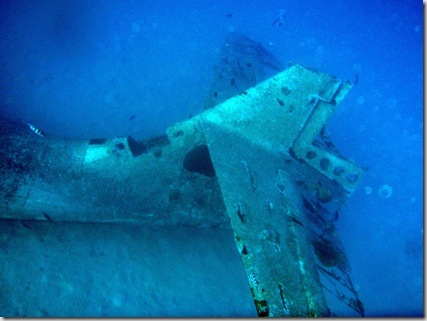 We found the schooner wreck a few hundred feet  away from the seaplane and had a great view of the propeller, rudder quadrant, and the badly decayed wooden hull. 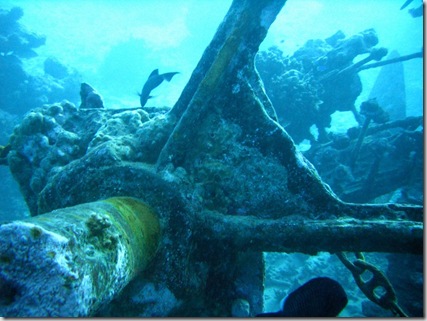 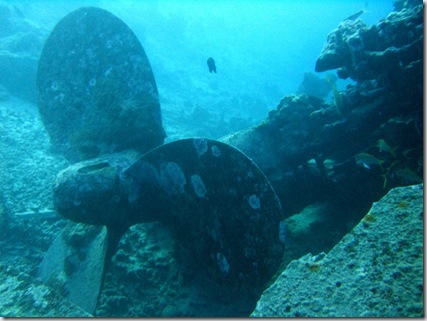 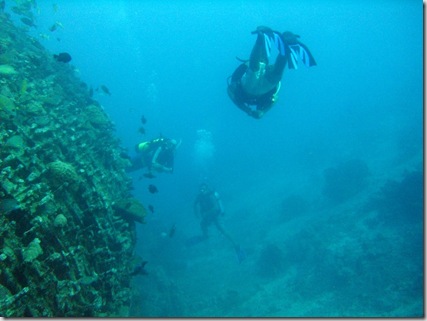 For our first wreck dive this was a great experience.  Once located both wrecks were in shallow water with great visibility.  The cargo schooner hull is open and the seaplane has multiple entrances so there’s little chance of getting trapped inside.  We’d recommend this to anyone diving in the Tahiti area.