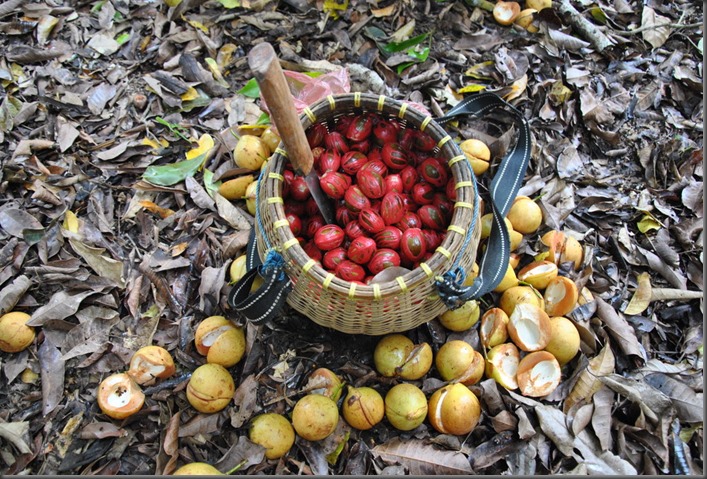 “THE ISLAND CAN BE SMELLED before it can be seen.  From more than ten miles out to sea a fragrance hangs in the air, and long before the bowler-hat mountain hoves into view you know you are nearing land.”- Nathaniel’s Nutmeg

After having sailed for 3 days and a few hours we spotted the outline of Banda Naira in the early dawn light.  As the world came alive at sunrise Josje and I could see the outline of a volcano dominating the horizon.  Cool!  We’re big fans of anything volcano related.  We had arrived in Indonesia and were about to make landfall at our first port Banda Naira, or more commonly known as the Spice Islands! 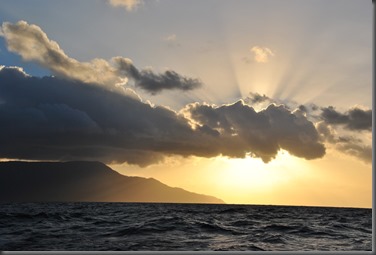 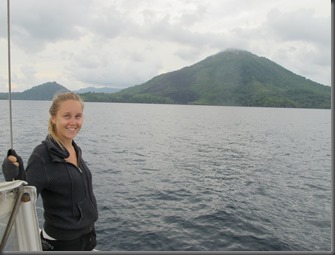 The entrance to Banda Naira, where countless ships wrecked in foul weather in search of fortune.

I’d heard of the Spice Islands, and of course purchased the nicely branded Spice Islands nutmeg, cinnamon, and cloves that come in the cool bottles with the old-school spice trader and swaying palms on the front.  But when I started talking to the locals and learning more about the specifics of these islands I was literally blown away by the impact these tiny specs of volcanic soil had on 16th and 17th century Europe.

It turns out that Christopher Columbus was in search of these illusive islands when he sailed West instead of rounding Africa on the traditional spice run.  He didn’t find the fabled spice islands but he did bump into another land mass- North America.  At one point the Dutch, Portuguese, and English were locked in a fierce battle for control of the islands.  There was an immense fortune to be made in the spice trade and all parties were clamoring for a piece. The English had only one island under their control, Run Island (Nathaniel’s Nutmeg is a great read). They ended up trading Run to the Dutch for an out of the way place called New Amsterdam, which they promptly re-named New York and is present day Manhattan.  At the time I’m sure it seemed like a sweet deal for the Dutch.

The Dutch sent a huge armada of some 20 ships and 2000 fighting men, complete with Japanese mercenaries to solidify their position.  They set out systematically killing the local population starting with their noblemen and chiefs, all of whom were drawn, quartered, and then beheaded by the Japanese Mercenaries.  Their heads were placed on stakes to show they meant business.  Over the next few years the entire population was wiped out except for a few thousand Bandanese, whom were kept alive only because they had the necessary knowledge to care and harvest the nutmeg.  Slaves were brought in from Java to work the farms and the Dutch made a fortune. 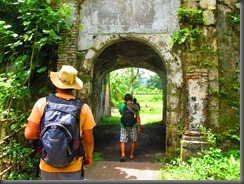 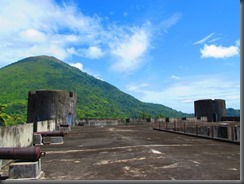 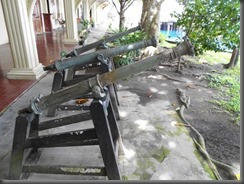 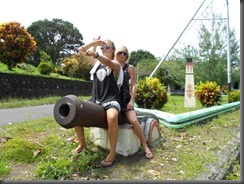 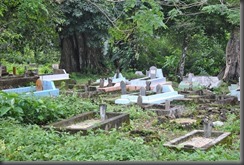 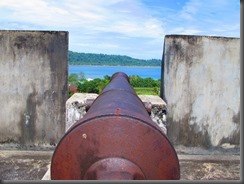 Since nutmeg only grew on on this small cluster of islands in the Banda Sea they now had a monopoly and could control the price of the hugely sought after spice.  At about the same time doctors were pushing nutmeg as a cure-all for anything ranging from diarrhea to the plague so demand soared.  Prices in Europe grew 30-fold and suddenly nutmeg was literally worth it’s weight in gold.  Profit margins for the nutmeg trade were around 60,000 percent!  Even lowly sailors could set themselves up for life by smuggling a pocket full of the wrinkly brown nuts from the ships hold, and the ships were arriving with 100’s of tons!  Lot’s of people got filthy rich.  Apparently the cities of Amsterdam and Roterdam were built off the nutmeg spoils.

Eventually someone smuggled a tree off Banda, found a similar climate in the Caribbean and northern Africa, and ended the Dutch monopoly.  However from what I’ve heard the tree is extremely fickle and difficult to grow.  Apparently 2/3 of the world’s Nutmeg supply still comes from Banda and ALL nutmeg, no matter where grown, is mixed with nutmeg from Banda to get the best taste. Unfortunately for the remaining Bandanese it’s no longer worth it’s weight in gold.

So, next time you crack into that little jar of wonderful flavor maybe give a thought to Banda Naira and the Bandanese dude that probably picked and cracked the nutmeg by hand. 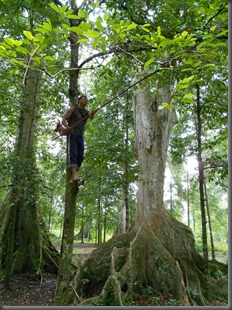 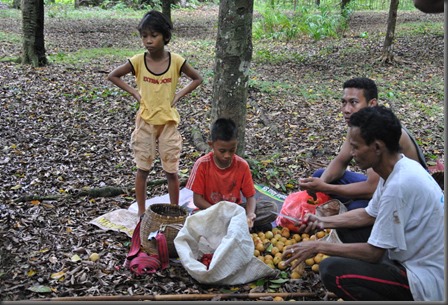 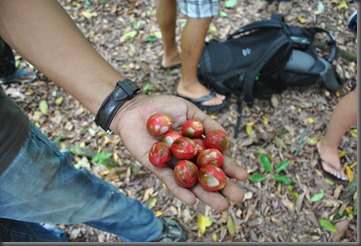 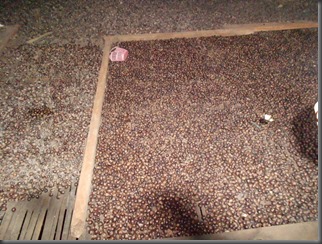 Harvesting, shelling, and finally drying the nutmeg.  Too bad it’s not worth it’s weight in gold anymore!