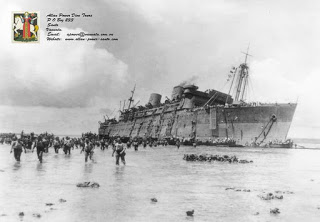 He sits about 10 feet above you, perched on a steel beam.  His legs are crossed, each knee perfectly aligned with the other.  His arms cross his chest and he’s leaning slightly backward .  He’s the epitome of relaxation, comfort, and balance.  He peers down on you with a cocky expression looking almost amused.  His eyes say “Where have you been?  I’ve been waiting for you!”.

You make eye contact and in a split second he jumps to his feet.  His back arches and with a jerk of his legs he jumps.  In a graceful arc he goes higher and higher and higher.  After an impossibly long time he finishes his back flip and starts to rapidly descend.  He goes down, down, down.  He passes underneath the beam that held him just moments ago and keeps right on going.  Then he disappears into a dark hole barely a few feet across.  He’s gone in a split second leaving no trace.

In your head you think “HOLY S**T! Did that guy just do that?!?!?!?”  But you don’t say anything.  You couldn’t even if you wanted to.  But you do chase him.  You go head first into the dark hole, banging and scraping your way through.  You make it and find yourself in a dark corridor.  There’s an intersection of sorts.  Should I go straight, left, or right you ask?  A glimmer of light to your left tells you the answer and you lay chase.  You pass many things and not all of it makes sense.  Some things do though.  You pass a Gentleman’s sign and then a row of toilets.  There’s a lamp and then an exit sign.  It’s completely dark and you slowly make your way forward, feeling and bumping your way.  At some point you think you’re closing on him.  Yes, you are closer now.  Just a few more feet!  Your hope is dashed as he speeds ahead like a bullet, effortlessly  weaving through pipes and shattered marble that seems to be strewn all about.  He kicks his foot off a wall and instantly changes direction, shooting off down another dark corridor.  You resolve to yourself that you’ll never catch him.  He’s basically Spider Man and you’re, well you’re not Spider Man at all.

But dutifully you continue your chase.  Up ahead you see a few beams of sunlight breaking through the darkness.  Suddenly you’re in a huge room, nearly the size of a gymnasium.  There are high ceilings and balconies lining the walls.  You see a chair and a backgammon board.  There’s also a huge chandelier at least 12 feet long.  No time to meander though, you race off in endless pursuit.  Spider Man disappears down another hole.  He’s gone without a sound and you tear off after him, headfirst right into the darkness.  You catch yourself on a sharp, rusty piece of metal.  It really hinders your progress but you finally get free.  No damage done so you continue on in pursuit.

Up ahead you see a flickering light so you follow, heading straight for it.  You find yourself in another enclosed room, pitch black except for Spider Man excitedly shining his light on the wall.  What is that you ask?  Then the form of a porcelain lady and a unicorn emerge from the darkness.  It seems Spider Man is a connoisseur of sculpture.  Suddenly he kills his light and for split second you’re submerged in complete darkness.  The deepest, darkest black you could imagine.  Then you begin to see it.  A few flickers at first, then more and more.  Soon your entire field of vision is filled by flickering lights. They’re completely surrounding you, flickering away.  It’s almost as if he peeled the roof back to reveal the most stunning, clear Milky Way you could imagine.  Spider Man could do such a thing right?  Except they’re where the walls should be too.  They’re above you and even below you now.  You reach your hand out to try and grab a star but it senses your intentions and disappears.  He wastes no time though, there’s a lot more to see.  So you continue on chasing.

You see a bed pan and some viles of white powders.   Hey, isn’t that two cigarettes in a glass bottle?  There are bed frames but strangely no mattresses.  There are plates and glasses scattered everywhere.  Boy, they sure left in a hurry.  They didn’t bother to put anything away.  Then you find a whiskey bottle.  Spider Man sees it too.  He actually lets you catch up to him and pours you a drink.  You cheers Spider Man and tilt your head back. Before that warm feeling that always accompanies good whiskey is gone he shoots ahead.

He shows you even more cool stuff.  There’s a swimming pool full of salt water. There are guns and helmets and what appear to be artillery shells.  Then you see jeeps.  There are at least a dozen jeeps littering the floor.  But something is strange here.  They are scattered every which way.  Some are on their sides, some are upside down.  One is crushed by an upside down tank.  Hey what the hell?  How did that tank get here?

Things get a little clearer now. You realize that things are not really as they seem.  Left is really, well down for lack of a better word.  Straight is still straight but right is actually up.  And then it dawns on you, you’re on the President Coolidge and she’s laying on her port side.  You’re 160 feet (50 meters) underwater and having the best wreck dive of your life.  Spider Man is actually a 24 year old Ni- Vanuatan that’s done 5000 dives on the Coolidge and was late to your dive because he was playing soccer!  And your computer just beeped at you.  You’re in decompression mode and if you surface without your deco stops there’s a good chance you’ll get the bends.

The President Coolidge was an amazing ship in her time.  Launched in 1931 from the Newport News Shipyard (same yard that’s now building today’s aircraft carriers) she was heralded as the most luxurious cruise liner to be launched from an American yard.  During WWII she was converted to a troop carrier and assigned to the American Pacific Fleet.  Her top sides were painted gun-metal gray and antiaircraft guns were welded to the deck, right next to the saltwater pool.  Her spacious accommodations were converted to house 5000 soldiers.

On October, 26th 1942 she hit two mines attempting to enter Espirito Santo.  In a last ditch effort her captain rammed the bow into the shore and ordered all hands to abandon ship.  Leave everything behind and just get off the boat.  Most of the crew was able to climb over the side and walk out onto the reef.  90 minutes later she sank on her port side to her final resting place.  In a stroke of luck the casualties were light, totaling only three if I remember correctly.  One man was killed by the initial mine blast, and two others were killed attempting to fight fires and rescue their trapped shipmates.

And so, we have one of the most accessible and awesome wreck dives on the planet.  You enter the water from a nice, gently sloping beach and swim out to the reef.  Where the reef ends the bow of the Coolidge begins!  Diving on the Coolidge is really intense.  The bow lies in 60 ft but the stern is at a whopping 220 ft  So, the guys here consider a “shallow” dive to be 130 ft which is at the limits for a PADI advanced diver.  Basically every dive you do here the majority of your time is at 150 ft or so, and they will take you all the way to the bottom which happens to be 226 ft.

Because the diving is so technical here, and the wreck is huge and easy to loose your way in, we for the first time actually paid someone to take us diving.  We choose Allan Power because he’s the real deal.  Over a span of 42 years he’s done over 20,000 dives on the Coolidge.  Can you imagine that?  Diving on the same wreck 20,000 times?  That’s 40 dives a month, every month with no breaks, for 42 years!  So he really knows his stuff.

With Allan there are no packages to buy and no fuss.  Everyday there is a morning dive (around 9:00AM) and a afternoon  dive (around 2:30PM).  If you want to go diving just show up at one  of those times and you’ll be sorted.  If you’re not too wiped out from the morning dive show up in the afternoon as well.  And if you want a night dive just ask.  It’s well worth it.  Plus, if you are a sailor and have your own gear you get a pretty sweet discount.

After an initial dive to learn your skill level and air consumption the guides will start taking you deeper and deeper into the ship.  These guys don’t mess with multiple tanks or tri-mix.  Everything is done on a single tank of air.  It is possible to pop down to 226 ft., meander around a wreck at a respectable 150 ft. for 30 minutes and then swim out the chain locker at the other end.  The Coolidge is over 650 ft long.  Over the course of several dives you become more acquainted with the wreck.  You calm down, relax, and most importantly slow your breathing.  It’s then that you exit the chain locker with 1/3 tank left and are feeling pretty happy with yourself!  Then your guide shows you his gauge and it puts you in your place.  That’s ok though, they’ll have hang tanks waiting at the deco stops.

We have lot’s of good photos but this one will have to do until we get internet.