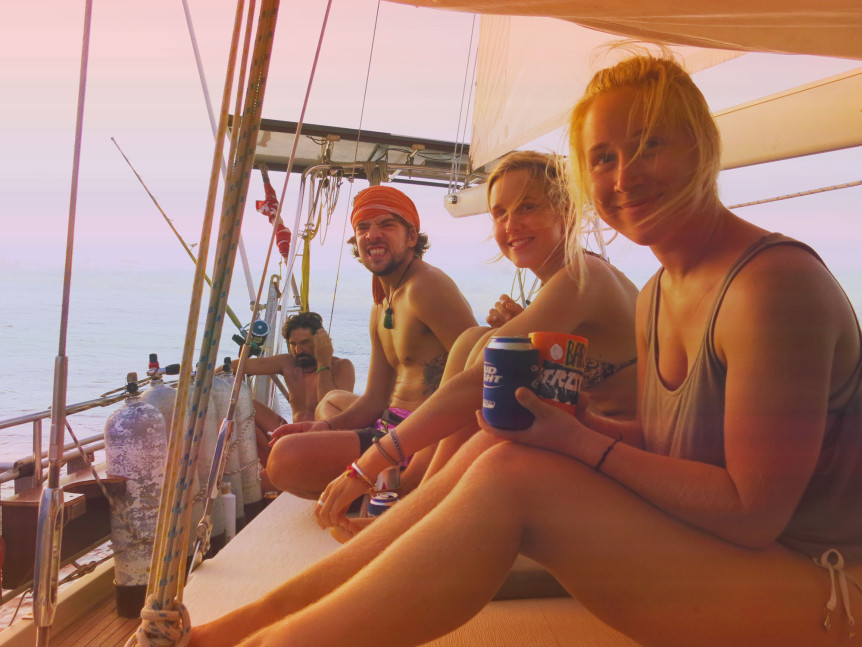 It was the most peaceful night. The wind was nice and easy under 10 knots from the ESE, and we were cruising along under the full moon being rocked up and down by the big, gentle southerly swell. The sun rose with bright certainty and we made some easting as the wind came more northerly. 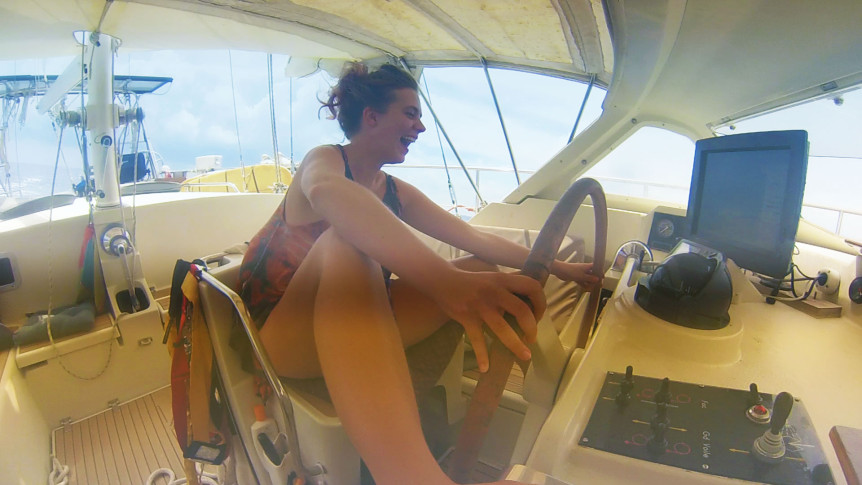 I think we’re closing in on 2 weeks at sea now and its really showing. People are cooking meals slowly and lovingly, when something needs to be done, it gets done with no time restraints or pressure. We work on videos and when we crave something sweet, we just get up and bake something. The watch schedule has been awesome, definitely a perk of having 7 people on board. 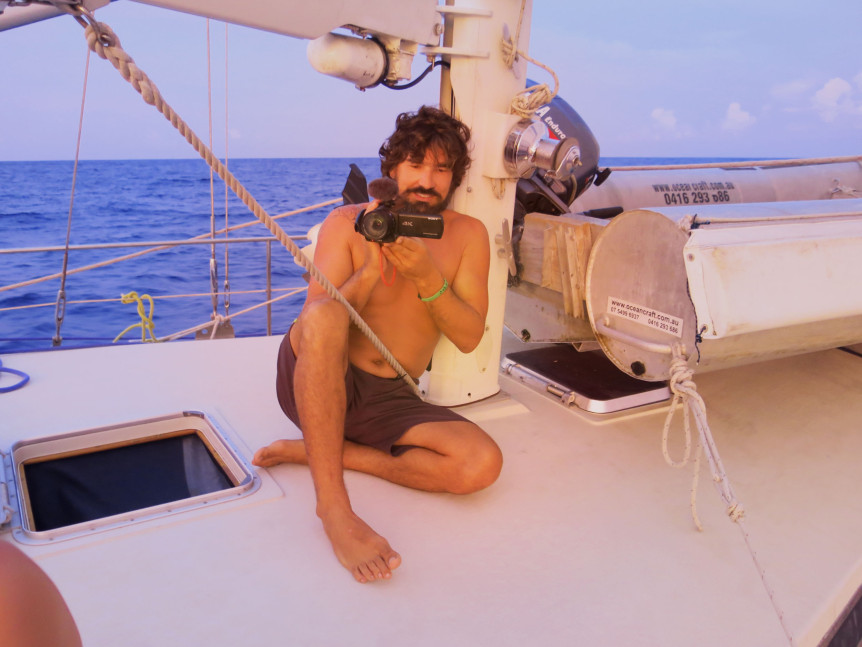 The day started with some delicious bread, cheese and tomato followed by a good 5 hours of Brady, Karin, Babs and I working on videos in the saloon. Im not sure exactly when the rum got pulled out but it was definitely before lunchtime. We were totally in the zone, it was awesome, we got loads of work done while feeding each other chocolate truffles and peeking over each others shoulder for advice and feedback on a sequence or clip. 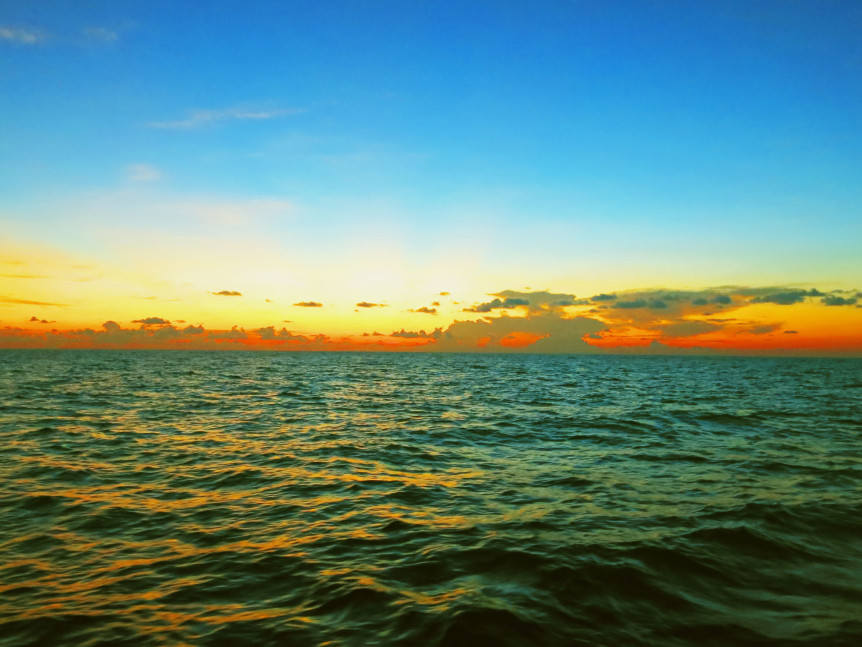 Before I knew it, the sun was low enough to the horizon; I could see golden shadows glimmering across the cockpit from where I was sitting in the saloon. Brady put some beers in the fridge “Okay, we’re gonna call it good and get off our computers at 5 today”. I guess this was our way of bringing some normality and structure into our day, not a bad way I thought. A delicious dinner cooked by Frida and an early night watch from 6-8pm for me before I passed out in the love nest.

Light was pouring in through the hatch for a few hours before my alarm went off. I dozed in and out of sleep during this time and then the alarm was an affirmative ‘Its time to get up’. Like usual, the cockpit was the social center for most of the morning, where people got up, ate breakfast, had some fresh air, felt the sun and wind on their skin and generally stared out into the ocean. 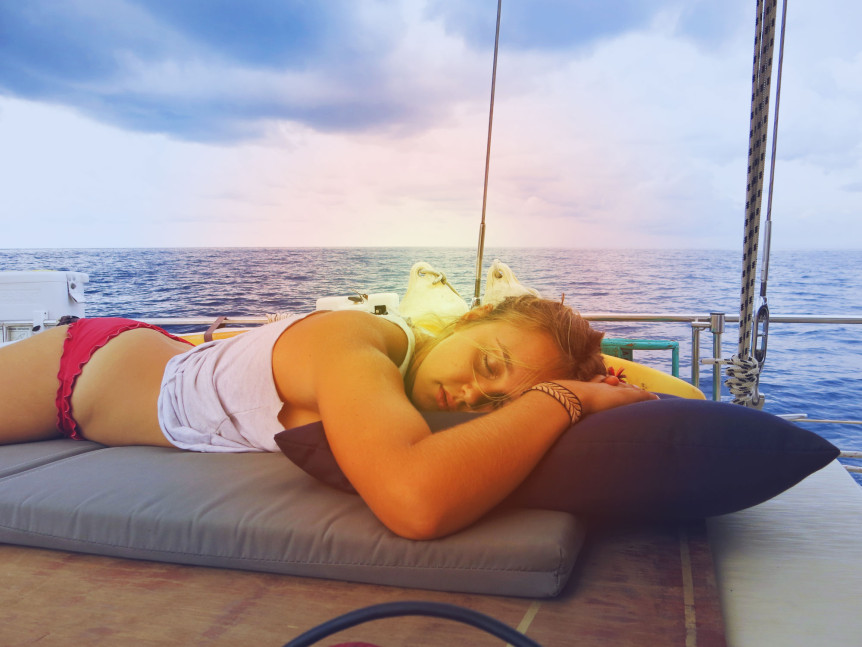 The rest of the afternoon was spent working with the sewing machine and staring at a needle and thread. I made some new bracelets/cuffs and in the process of making a new belt I really wished today I had a big studio with everything my creative little heart desires. Although it was quite funny, sailing along with the sewing machine, one foot out to starboard to brace myself against the heeling of the boat.

13 days today and I think cabin fever was getting to Brady a bit, “I feel a bit agitated and frustrated today babe, for no reason, and not particularly at anything” he said as he lay up in our cabin. “Cabin Fever” I replied and it made sense. This is the longest I’ve been on a passage so far. Its been really nice to relax and chill but the feeling of wanting to walk or run, the desire to see something different than just Delos, the crew and the ocean is starting to tap on my shoulder. 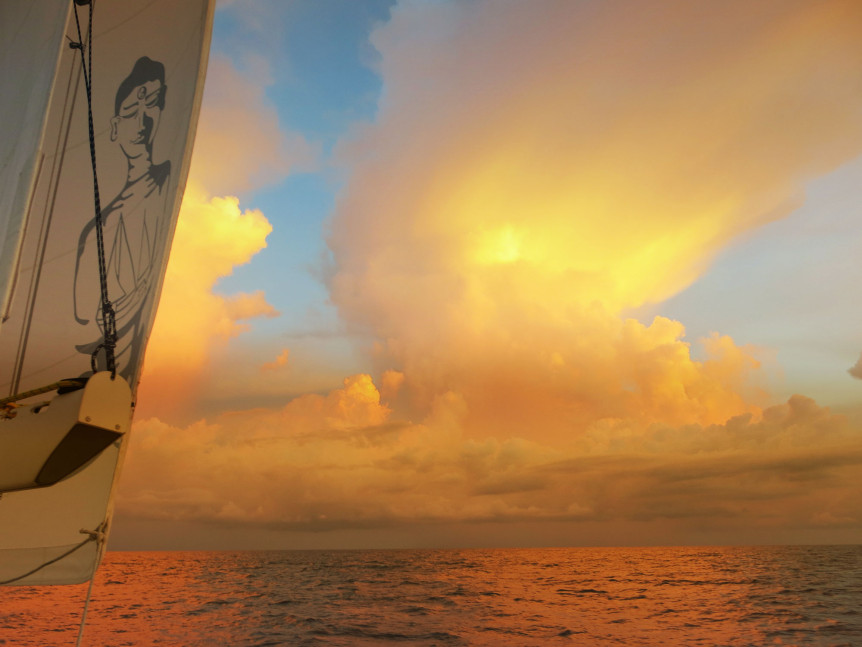 The sun set quick and fast and once again, it went from buttery gold to complete darkness in the space of half an hour. The winds picked up as the sun descended for the day, so we were cruising along nicely heading for our favourable tacking angle down to Cocos Islands. I had a feeling it was going to be a rough night. 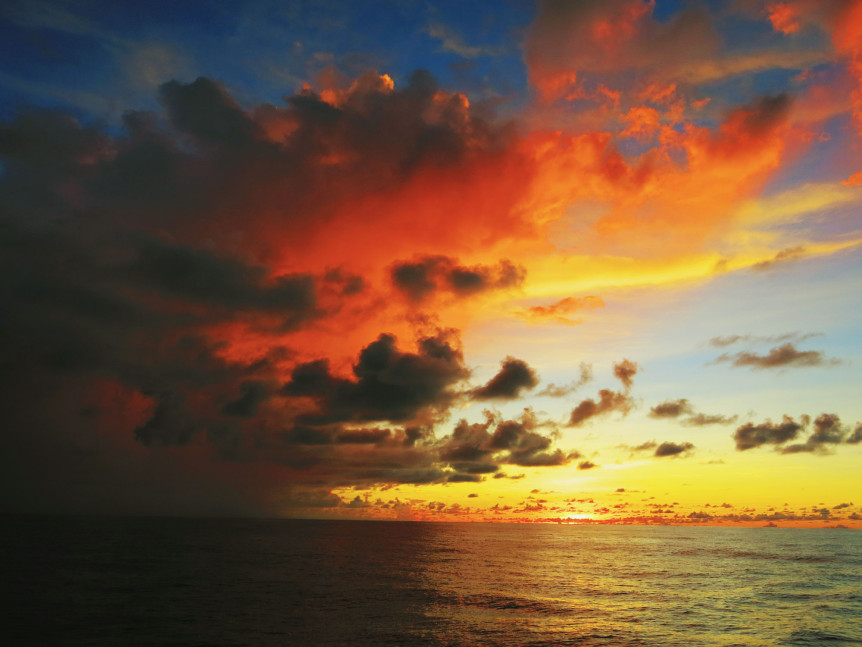 “Brady, Jos, we’re thinking of putting up the new ‘Caribbean Blaster’ if you guys want to come out and we can figure out how to put it up” Brian said from behind the curtain. “Yep sure thing Bro” Brady responded. It hadn’t even felt like a full night had passed. We were in a state of nausea and frustration. Had the sun come up so quickly? Had we even gotten any sleep? We threw on a singlet and came out on deck under the brutal sun. The swells were tossing us around and the remains of last night’s squalls and heavy winds were pressing around us.

It took us about an hour to take down the genoa, flake it away and put up the Caribbean blaster. It’s a smaller sized genoa made exactly for the conditions we were seeing. 20 knots, big swell and moving south towards some nastier weather with squalls popping up left, right and centre. The rest of the day was spent unsuccessfully trying to catch up on lost sleep, going outside to steer and watch the boat ride over the waves as we rotated through watches. It was a grey and gloomy day and we were all feeling rather similar to our environment. 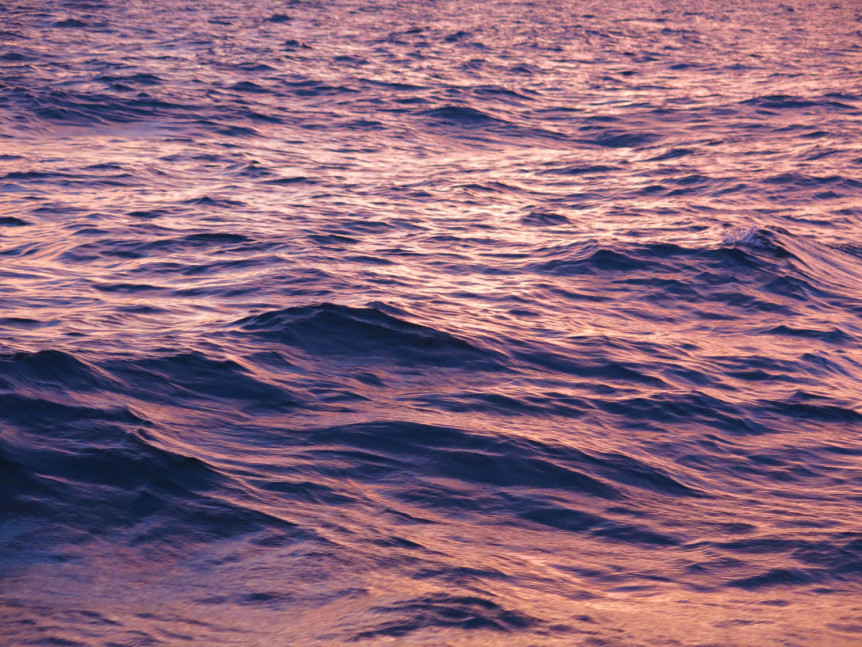