After an overnight sail from Apataki the outline of Rangiroa slowly became visible in the dawn light.  For the last few hours we slowed Delos down to 4 knots in order to time our entry into the pass.  As we got closer to the pass we could see huge standing waves created by the volume of water ebbing out of the lagoon and into the ocean.  We were still too early so we went into a holding pattern drifting a few miles off the atoll.  As the day grew brighter the tide switched from ebb to slack, the standing waves relented, and we entered the lagoon.

It was hard to believe but the water clarity was even better than Apataki.  There wasn’t a ripple on the surface of the water making the hugest mirrored surface we’d ever seen.  We dropped the hook in 45 feet of water and were immediately met by Brady and our friends from Bubbles.  Ross and Alex had signed up for a morning dive with a local company at 9AM. Knowing that the tide would soon be flooding we unpacked our dive gear and set off in the dinghy for a dive of our own with Diego as our chase dinghy driver.  Pass diving here is like a drift dive on steroids.  The idea is to head out of the pass, roll out of the dinghy, drop down to the bottom, and let the current push you into the lagoon.   You can easily cover miles of distance in a single dive so it’s necessary to have someone in a dinghy to pick you up when you surface.

Heading out of the pass we could clearly see the outlines of coral on the bottom in 90 feet.  Using our portable depth sounder we took soundings until the depth was about 150 feet.  Gear checks complete Erin, Brady, and myself back rolled out of the dinghy and did a quick descent to our normal max depth of 130 feet.  At 130 feet we had an amazing view with visibility approaching 150 feet in all directions.  Initially the push of the current was slower than expected so we kicked using magnetic bearings towards the pass opening.  As we approached the pass we could feel the acceleration as the flooding water was compressed into the narrow opening.  Shortly we were zooming along at 4-5 knots, only kicking  to make small course corrections. 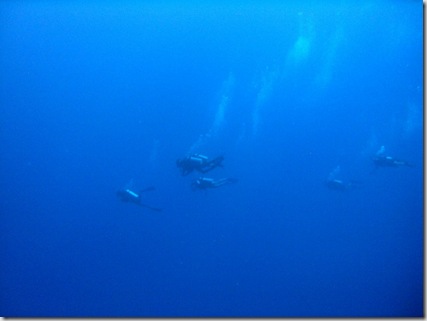 It’s safe to say at this point we were a little narced (nitrogen narcosis) and enjoyed the blissful feeling of flying over an incredible landscape allowing yourself to effortlessly drift with the current.  A small breath to go up a bit, a small exhale to get closer to the bottom.  I’ve heard being narced can be compared to laughing gas.  I can’t personally tell you if this is true or not because I can’t remember ever going under gas.  What I can tell you is getting narced makes you feel euphoric, peaceful, safe, and comfortable.  This is all great as long as  you still realize in the back of your mind that you’re underwater with a limited amount of time and air.  The effects immediately go away by simply rising a few feet, leaving you clear headed.  There is no hangover to deal with. 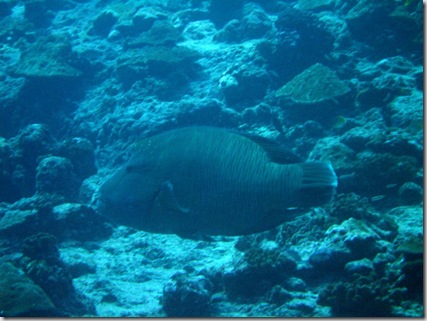 You can’t stay down at 130 feet very long, only a few minutes so we followed the bottom to 80 feet and spent the rest of our dive zooming along like superman following the contours of the coral formations and canyons of the bottom.  We saw dozens of species of fish including a giant wrasse that was the single largest fish I’ve ever seen while diving.  It was at least 6 feet long and rumbled around like it owned the place.  Towards the end of the dive we passed through an area known locally as “The Aquarium”.  Aptly named the abundance of fish was incredible.  Black Tip reef sharks patrolled in numbers, aware and cautious of us as we were of them. 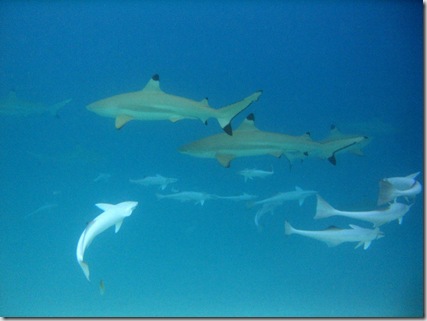 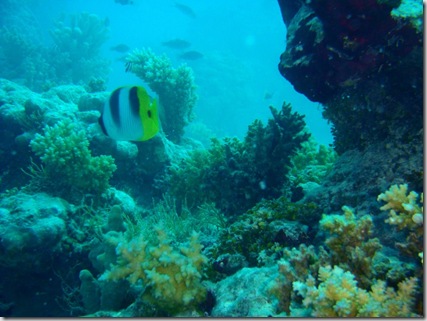 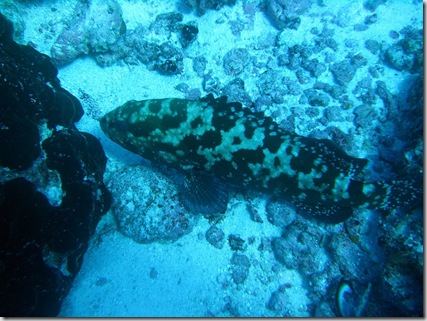 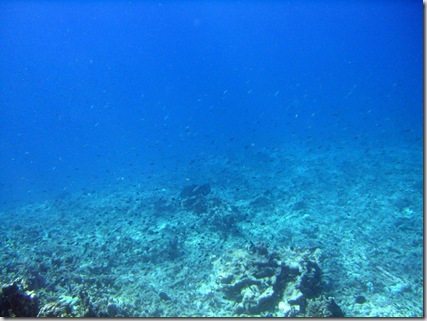 After 25 minutes we surfaced to find ourselves well inside the lagoon and drifting at a rapid clip towards the other side of the atoll (some 40 miles away).  Diego and our dinghy were much further upstream and he didn’t see us.  We inflated our safety floats to make ourselves visible and had a good laugh, imagining us floating in and out over night as the tide changed back and forth sucking us out to sea than back into the lagoon.  Diego picked us up 10 minutes later and all was well. 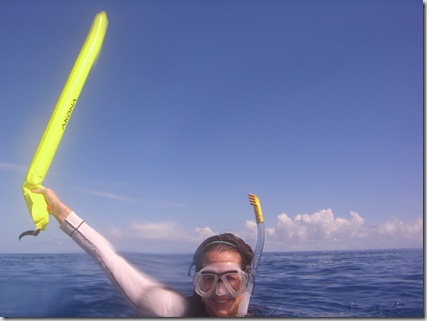 We spent the next 4 days diving every day, sometimes 3 dives a day.  We did a great night dive on the coral atoll under Delos with new friends Brad, Kat, and Jay from SV Ghost, who also did a pass dive with us the next day.  Eric on Secret Agent Man stopped by on his way to Riatea to join in on the fun before putting his boat up for the season and flying back to Seattle. 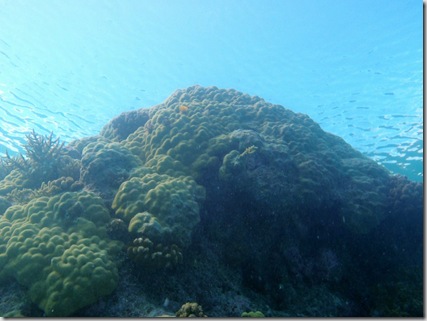 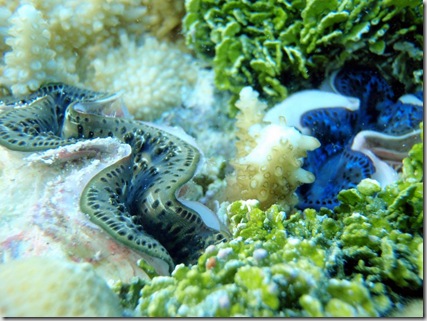 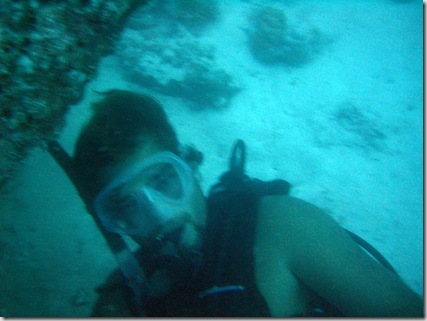 After talking with a few guys from the local dive shop we realized that conditions were even more incredible than normal for diving during our short stay.  The complete lack of wind for days on end made visibility astonishing and the pass dive able every day.  It also made the anchorage pure joy! 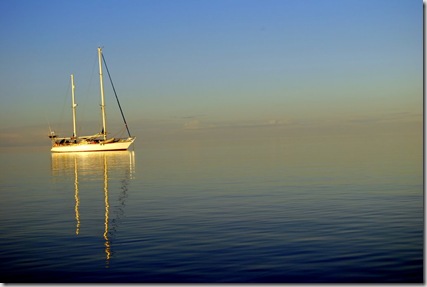