Getting our 6-month Indian visa for our sail to the Andaman Islands turned out to be way more of an adventure than I ever could have imagined!

The whole thing really started quite a few months ago, to be more exact mid October, I was sitting on the balcony in Hollywood beach, sipping on one of Donnas legendary dirty martinis, doing some research about what is required to sail Delos to the Andaman Islands. I read a few really intimidating blogs about people having massive struggles with the Indian Bureaucracy System, with the endless amount of copies and the importance of golden stamps. I realized this might be a bit trickier than I first imagined, and I was right!

The Indian Embassy changed the rules of this game not to long ago, which required the person applying for the visa (aka. Me and Brian) to show up in person to leave our fingerprints at the Indian Embassy. And where was the only place in Thailand they do this…? BANGKOK! ?  As it wasn’t convenient at all for us to sail anywhere close to Bangkok we decided that our best bet was to leave the boat in Phuket and make our way up to Bangkok by Air. Air Asia has some super cheap flights, about $60US so we went for it.

The Indian visa required  a booking reference for our hotel in India plus a photocopy of our flight booking in and out of the country!  Since we were traveling by boat we had neither of these, but apparently there are ways around these things in this part of the world…..  It was also extremely important that we did not say that we were going to the Andaman Islands, as you then only get granted a 2-weeks visa upon arrival. But if you arrive in Port Blair with a 90-day visa, you’ll be allowed 30 days. (Interesting systems??)

After digging around a bit I found a lady in Phuket that supposedly helped some previous cruisers with the same problem and after a few emails back and forth we met Mam Ell at Emotion Travel in her office in Phuket. We paid her our 4500THB = 140USD (other nationality’s)+ 6000THB = 185USD (USA) and we were one-step closer to getting our Indian visas! 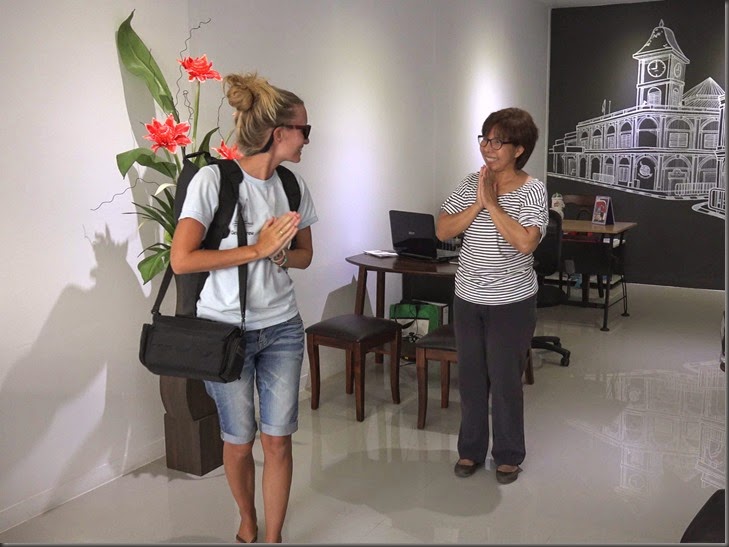 We got a small map and a phone number for a guy in Bangkok that would meet us the following Monday morning. As we stepped off the plane in Bangkok I couldn’t help not to have that phrase “Bangkok got you now bitch!!!!!” stuck in my head! 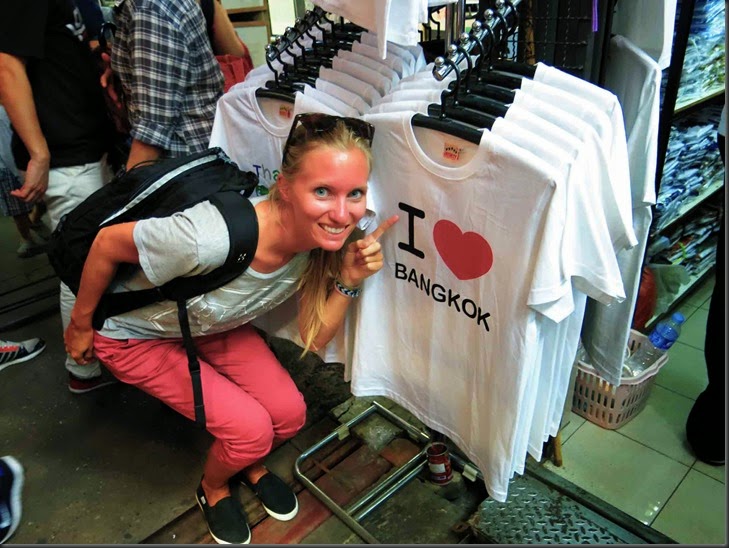 The trip started out with an insane night taxi drive through the city, the kind but confused taxi driver was steering the taxi with one hand and had Brian’s Phone on GPS in the other. We were zooming down the buzzy highway at what felt like 200km/h. Finally he dropped us off next to an alley way and mumbled something before zooming off again. Our hotel was really lovey assuming that you get passed all the 100 cats + the 2 crazy dogs barking at you as you walk down the dark alleyway!

I had read up about some “tourist” things to do in Bangkok, and number one on the list was all the temples! It just so happened that our hotel was walking distance to 3 of the major ones, Sweet! So we spent a day exploring these incredible structures! After walking around for about 6 hours I was definitely templed out, right as we walked by yet another incredible temple that we just had to peek into. And what a treat, 30 or so monks were saying their prayers right as we walked in. We sat down and the atmosphere in the room was buzzing with a peaceful awareness! 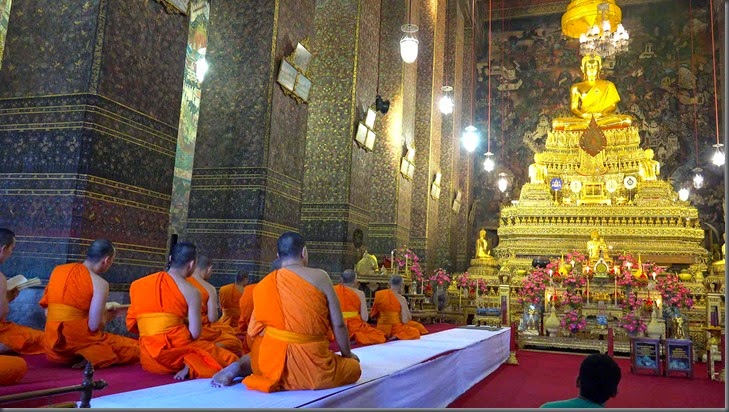 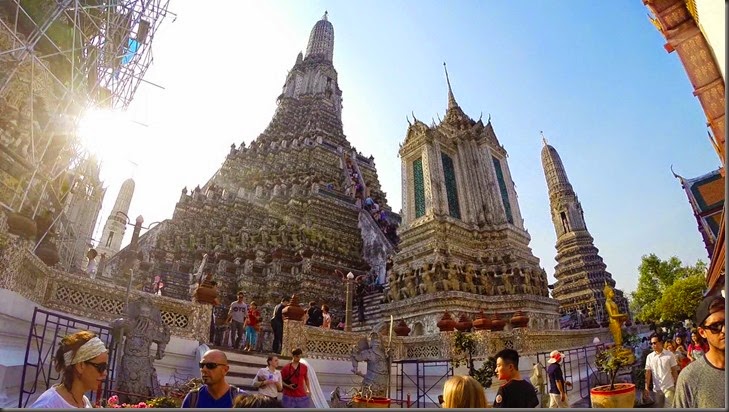 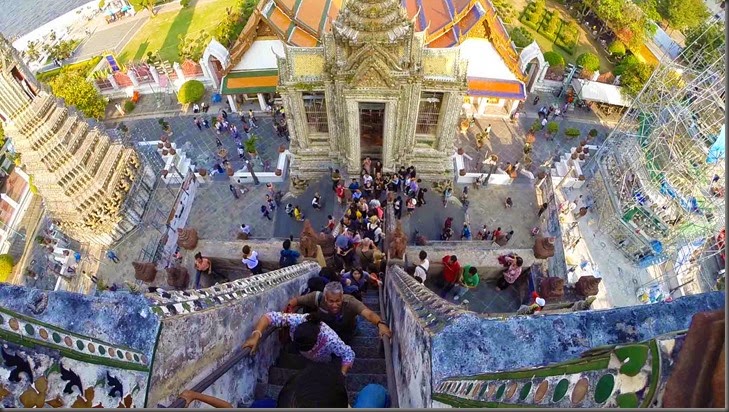 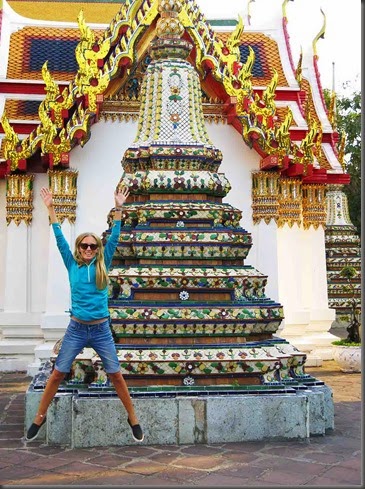 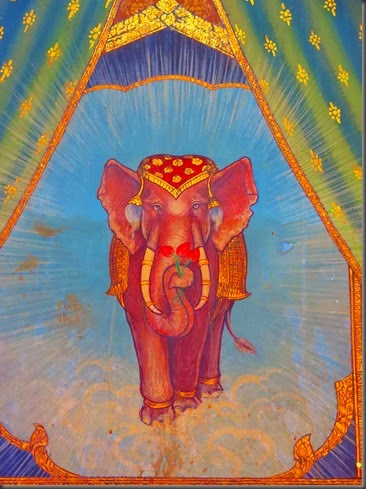 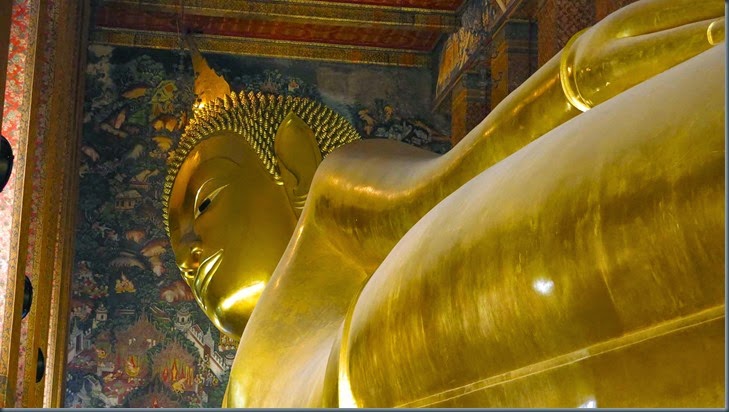 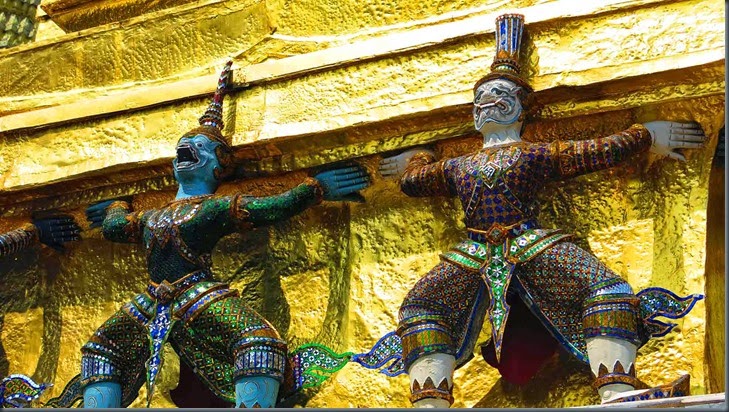 The day continued with a trip to one of the “more alternative, less touristy” streets. Which was actually SUPER touristy but nevertheless really cool!  We got 3 for 2 drinks that absolutely destroyed my stomach for the next few days (only Delos moonshine for me from now on). After feeling a bit more than tipsy we decided to treat ourselves to a massage or two. It was amazing, so amazing that I’m pretty sure I fell asleep after just a few minutes and got woken up by the giggling masseuse tapping my shoulder telling me to sit up. 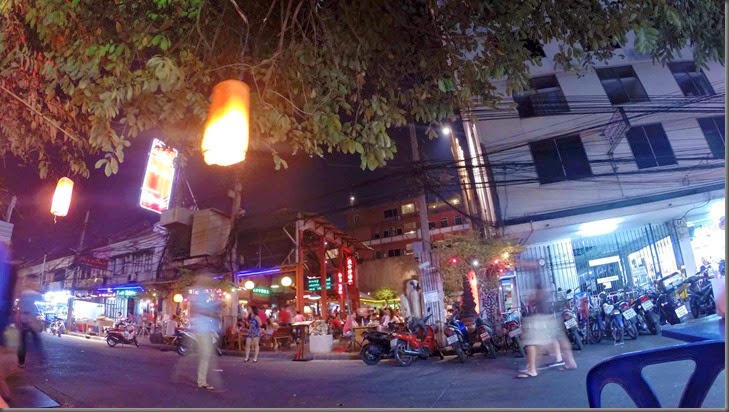 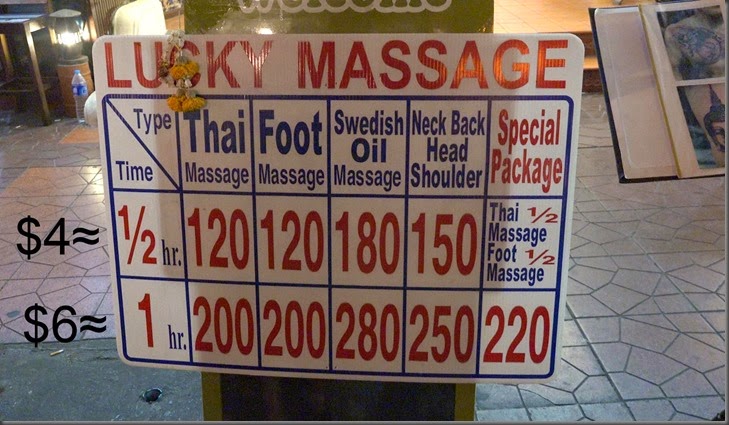 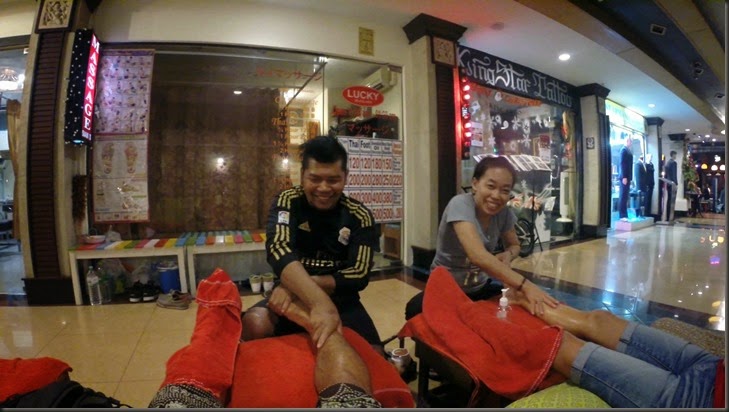 Waking up with a slight hangover the next morning we took the bus to Chatuckak weekend market. An insane but quite organized market that we shared with 200,000 other people! After getting lost numerous times amongst the 15,000 booths it was time for a hotel shower and bed! 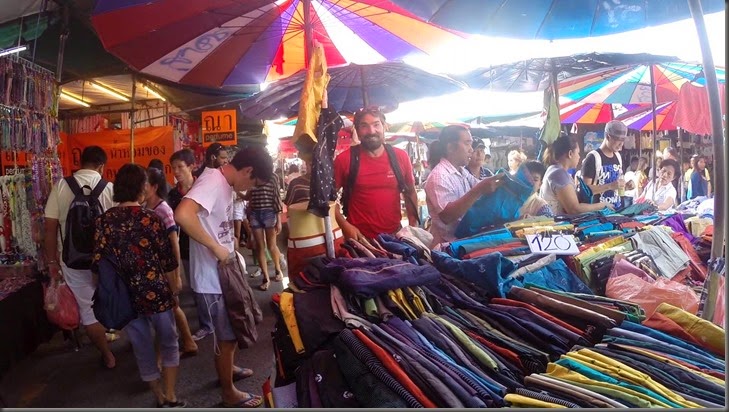 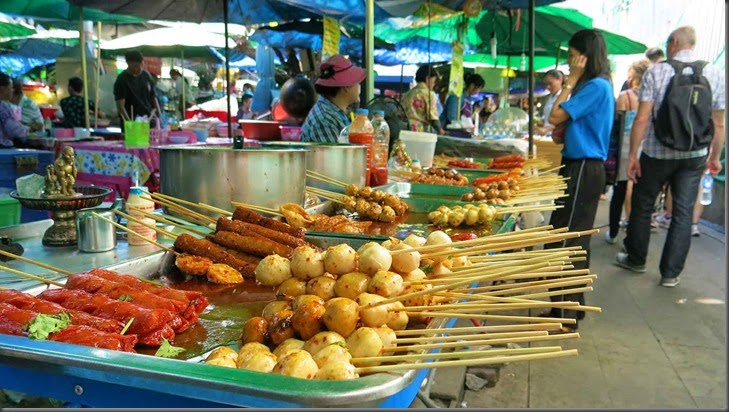 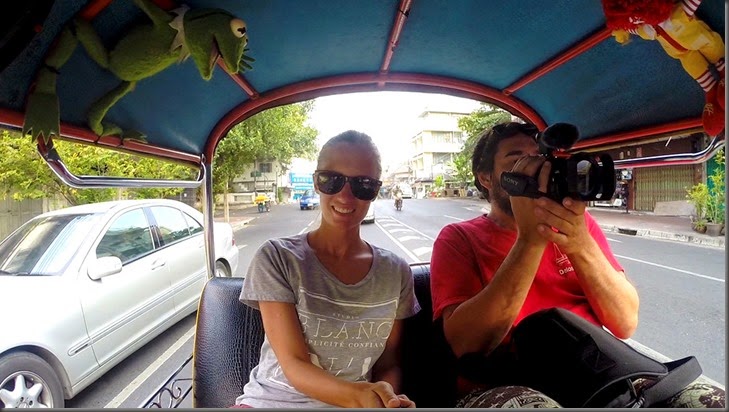 We were suppose to meet up with Mr. Sanguan employee Mr. Tho from Emotion Travel at the 22nd floor of the building. The floor was packed with slightly confused looing people, like us. We were approached by a small man, he seemed to be the guy we were looking for. There was some slight confusion with some broken English words and some hand gestures but suddenly he found our applications in his pile of papers, and the process began. Emotion travels had done a good job making up all the papers we needed, like our hotel reservation and our boarding passes in and out from India. Everything looked ok so we gave a thumbs up and Mr. Tho ran off with our passports for the first time. 15 minutes or so later he came back and told us to go into a room where all the other people were now waiting.  He ran off again “just wait for a while”… and we did. After I don’t know how long he was back and suddenly it was our turn! Fingerprints were taken and a small picture added. Mr. Tho then turned around and said “bye bye.. you finish now” we were told it would take 10 days to get the visa and that we could pick our passports up from Ell’s Emotion travel office in Phuket.

We packed our bags and flew back to Delos in Phuket the same day. To be honest I had some doubt about how and when we would get our passports back. But Mr. Tho and Ell did an awesome job and we picked up our passports in Phuket 8 working days later! 6 month Indian visa, Check! Andaman Islands here we come! 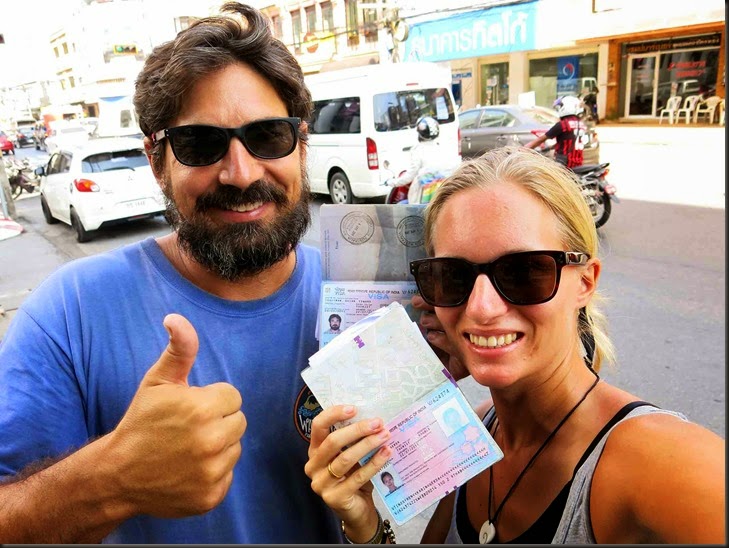