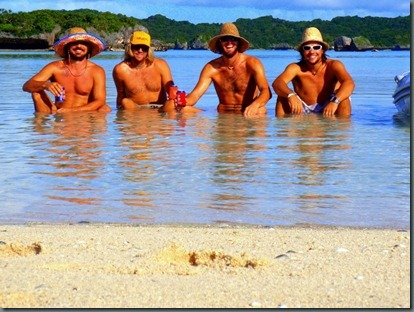 Hi my name is Darren, I’m from Denman, Australia.  I am 6 ft. 3 inches tall, weigh 80 kg.  I have a hairy chest and I am a fantastic consumer of Alcohol except for Gin and Tonic and Guinness.  I just spent 2 months living on Delos with the three yanks, for those of you who don’t know this mob there’s Brian, the keeper and organizer of all things holy and mind altering on board, his brother Brady who is a dancer for barmitsfas and weddings back home and has been free lance dancing around Fiji for extra cash since our arrival.  Then there’s Paul, big, half blonde, half ginger, shaggy mammoth who is the president of the book club and loves his bright colors. 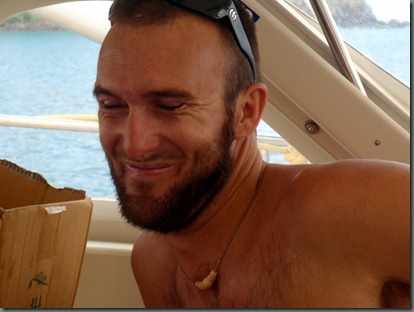 I did not know this trio except for Brian who I spent a week working with in an engine room of a yacht in Auckland.  My time was up in Auckland, so I rang Brian and asked him if he wanted an Aussie on board for the Fiji mission.  He said yes, little did I know he just needed someone to dish some shit out to and blame for mysterious happenings and missing things on board.  The first night on Delos we chucked some piss down (had a few drinks for you yanks), talked shit and told stories.  After the numerous stories we realized we all had the same sick sense of humor and would rock out and get along great.

So, off we went.  Left Opua and spent 9 days at sea.  Arrived in Suva, a 2 day bender to a waterfall followed and we started heading toward the Lau group.  I’m sure by now you have read a lot of the stories about our adventures so there is no point repeating them.  I could sum them all up and say…..Jim Kelele should be a salesman, fish when you need to eat, human skulls and bones look exactly like they do in the movies, material possessions are a waste of space and money, its dangerous to wakeboard around razor sharp limestone islands in a meter and a half of water and men need beer and women often.

Thanks Brian, Brady and Paul for chucking it all out, it was a pleasure for you to have met me.  I now depart Delos a Wiser man. 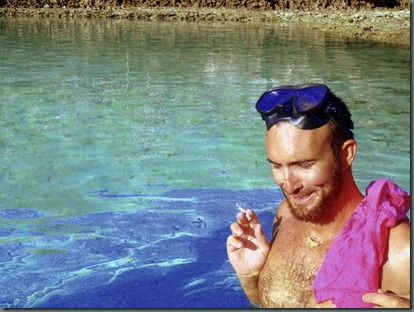