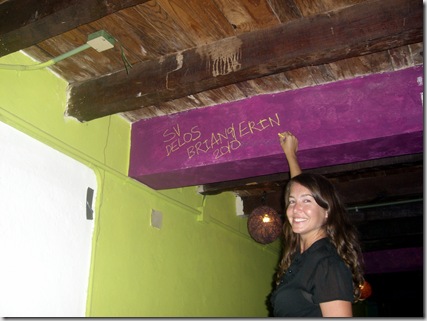 Barra was the southern terminus of our cruise in Mexico and it’s time to head back north to Puerta Vallarta. We did have grand plans, or should I say “intentions”, to head all the way down to Costa Rica before making our Pacific crossing.  The cruiser motto is “Plans are written in the sand at low tide.”  After seeing the beautiful Gold Coast area and feeling like it was time to slow down we did just that.  For our decision we were rewarded with an immersion into the local scene that we truly felt a part of. 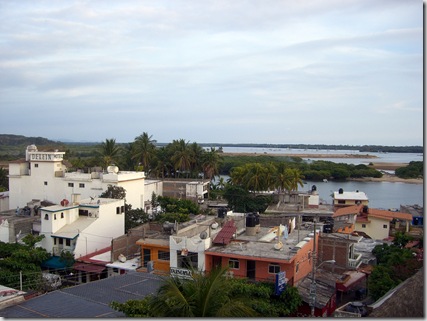 We enjoyed walking down the main street just off the beach and bumping into musicians from the local scene, people from yoga class, from the surf break, or from the night before where we maybe stayed at the Sands bar a little too late.  It was interesting to see how a small Mexican town, so dependant on an influx of tourists, can change over a two month period.  At the end of February, before departing for Tenacatita, Barra was thriving.  All the restaurants and bars were packed.  When we returned just a few weeks later there was a change in the air.  Many of the gringo regulars that we knew had gone, making their way back to the real world for the summer.  They were replaced by Mexicans from inland, but much less numerous.  We heard talk of bars and restaurants closing until next season to wait out the suffocating heat of the summer.  Even our friend Emeric, AKA the French Baker, will head to his refuge in the mountains for a little R&R and cooler weather. 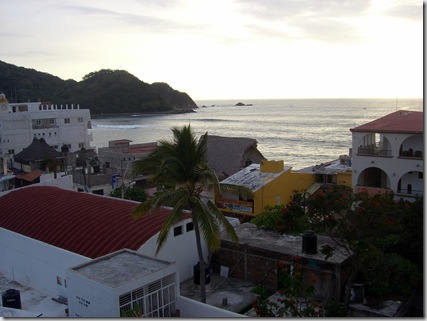 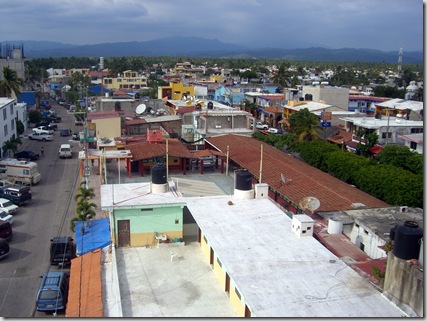 The “main drag” in Barra

We spent our last night in Barra doing one final circuit of the bar scene and watching a group of musicians that we met the night before perform on stage in the town center.  The group, Soul Fire Project, is from the states and traveling in a converted school bus powered by vegetable oil.  They are on their way south to Brazil and put on a good show complete with fire dancers.  Barra is filled with characters…… 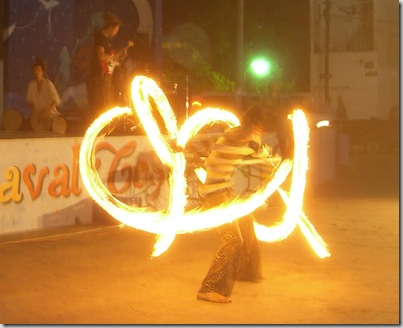 A special thanks to all the friends we met in Barra, and especially Sergio and Heather for your great hospitality at the Sands Hotel. 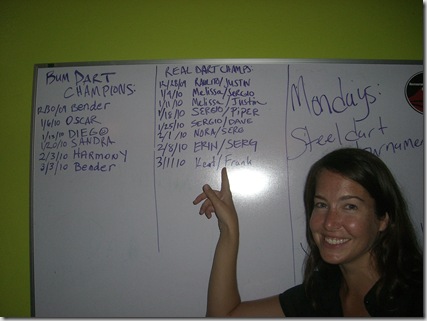 Erin showing off her championship win for the weekly dart tournament

We’re currently sitting in Tenacatita waiting for a weather window to round Cabo Corrientes on our trip north.  We’re diligently listening to the weather on the SSB morning nets—it’s blowing 20-30 knots out of the north for the next few days.  According to the latest reports it should calm down toward the end of this week.  Since we’re cruisers and not racers there’s no need  to bash into 30 knots so we’ll make the wise decision and sit it out enjoying the warm and calm Tenacatita anchorage.  We’ll probably leave tomorrow and anchor in Chamela before rounding Cabo Corrientes.

The countdown begins: 21 days until we set sail for French Polynesia! 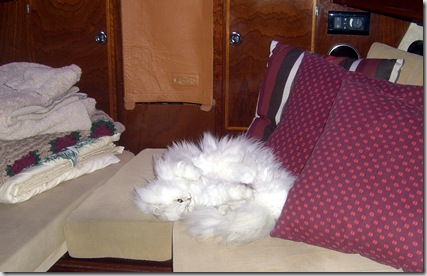