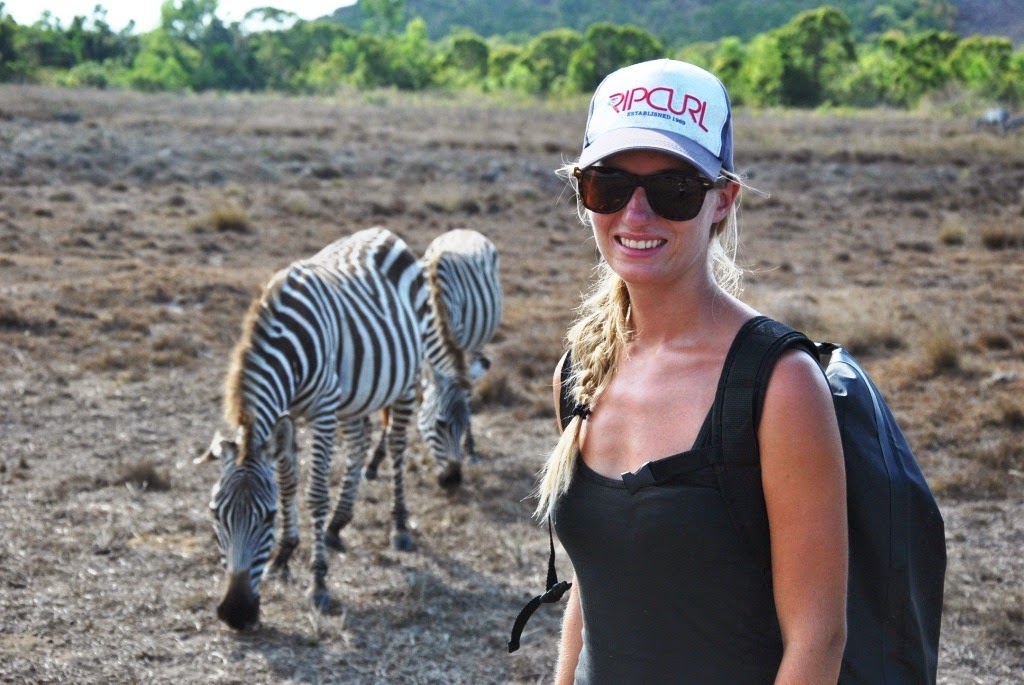 I feel like the Philippines always pulls something extraordinary out of its magical hat, and this was something I never thought I would see here.

We’re anchored in this beautiful protected bay in the north part of Palawan. No phone nor internet connection, no store, no village but next door is an island filled with wild African animals! When I first heard about this place, a few weeks ago, my instant reaction was – WHAT, that’s just too awesome! But how does a bunch of African animals end up roaming free on an island in the Philippines?

Apparently in the 1970s former president Ferdinand Marcos made a deal with president Kenyatta of Kenya, to help save some African Wildlife that was threatened by war and drought. Calauit island was selected as the ideal location and more than 200 native families were relocated off the island to make room for the animals. On March 5, 1977 the ship MV Salvador set 104 wild African animals loose on the island, including Giraffes, Zebras, Antelope, and a few other species. With no natural predators most of the animals did very well and the population quadrupled in 30 years and is still growing.  This is the story told to us by the staff at the park- however there is another darker side that we’ve heard from more than one Filipino!  And that is of course Marcos did this not out of the kindness of his heart but because a hunting safari to Africa was a really, really long flight.  So his plan was to bring the game to him.  Who knows the Philippines can be a crazy place and the politicians here are known for some shady stuff…..

We just had to check this place out! Unsure exactly where to find the animals we jumped into Maggie and zoomed towards the biggest building we could see. (AKA not very big at all) But approaching the building we saw a big sign – Welcome to Calauit Safari park, awesome! We each payed 400php ($9) we convinced our tour guide Rollie that a jeep, costing 1000php, was not needed and that we would rather walk on a fine cloudy day like this. We were the ONLY people at the park so he approved, so off we went! 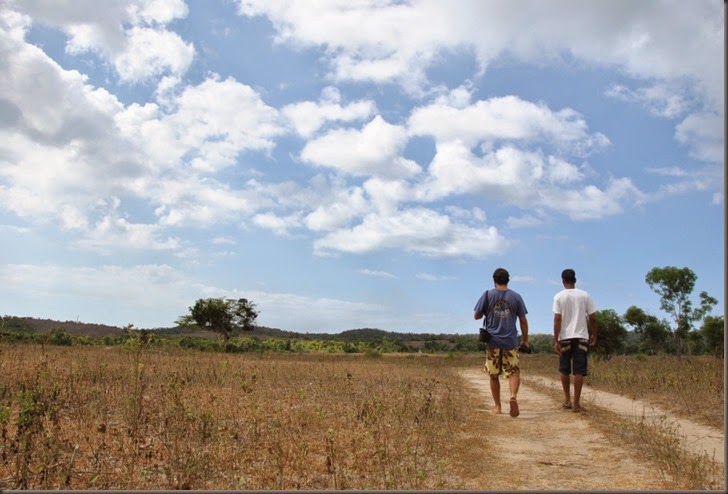 We walked for about 7 minutes when we spotted our first wild African animal, that was not really African at all but an endemic endangered Calamian deer. Still very quite and quite tame. 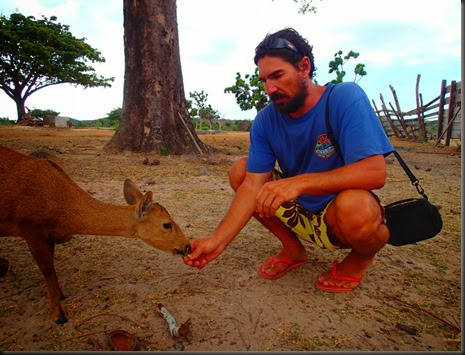 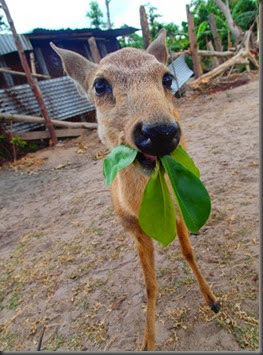 Next up was one of the islands 23 giraffes, she had heart herself on some sharp bamboo and needed some medical supervision, which gave us the opportunity too watch her up close, almost a bit too close for my taste. 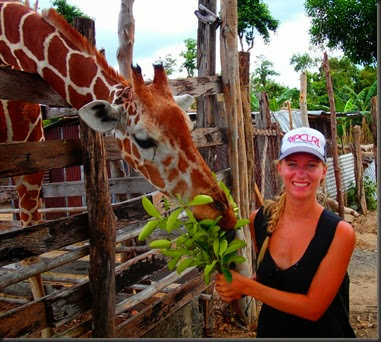 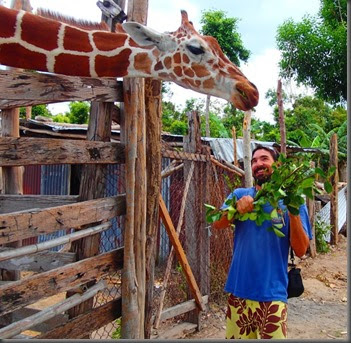 We walked around the park for about 2 hours looking at all the animals they have on the island. For this to be possible they keep a few individuals of some species in enclosures. This provides an opportunity to show them off to curious tourists, like ourselves. Rollie describes the rolling schedule; each animal spends 1-2 months in the enclosure before being released back into the wild.

Some of the animals, like the zebras, where grazing free just a stones tough away. Even though they seemed to be pretty used to having humans around Rollie describe quite clearly how you always have to keep a safe distance, as you under no circumstances want to piss off a zebra, regardless its size. 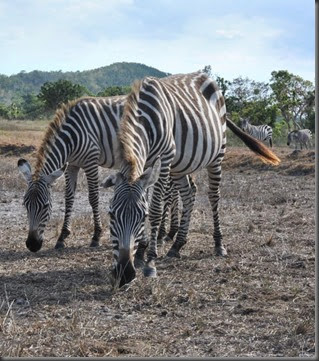 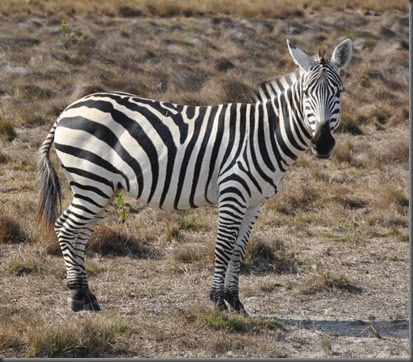 As we where strolling around taking pictures of all the animals Rollie gave us some interesting facts. All the animals on the island today are born on the island (except the donated ones). And they have adapted good to the Filipino environment, so good that most of the animals are growing in numbers each year. Its a good sized island and so far it has the capacity to sustain quite a few more animals before it gets too crowded. 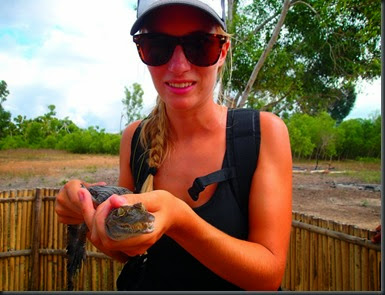 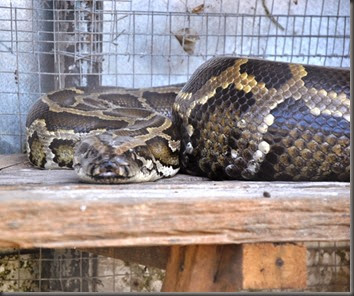 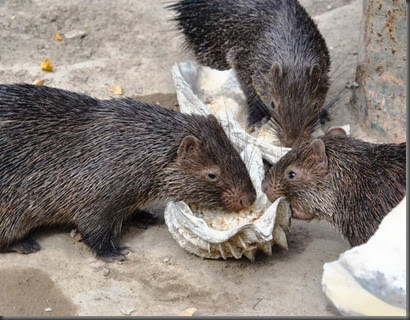 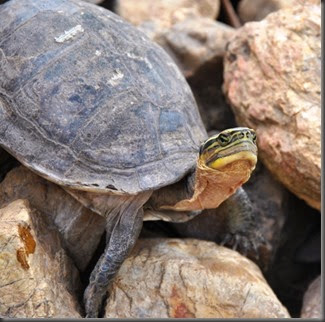 I could really feel the love these people have for the animals. And trying their best to find a good balance between being able to show the different species to outsiders without doing harm to the animals.

It was a truly fascinating experience, the Philippines never ceases to surprise me! 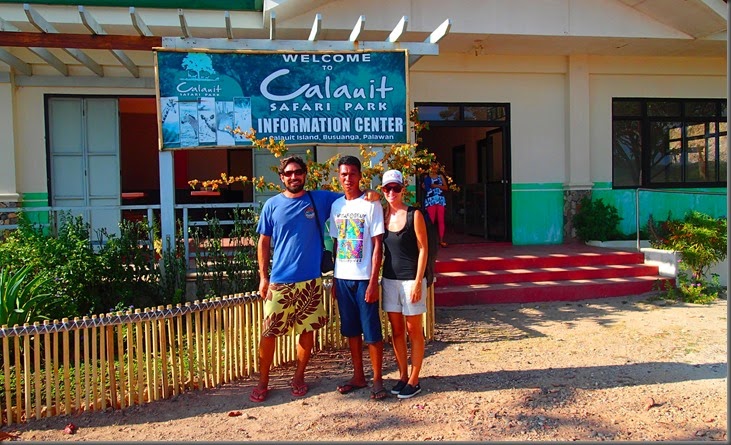 Me, Brian and our awesome tour guide Rollie