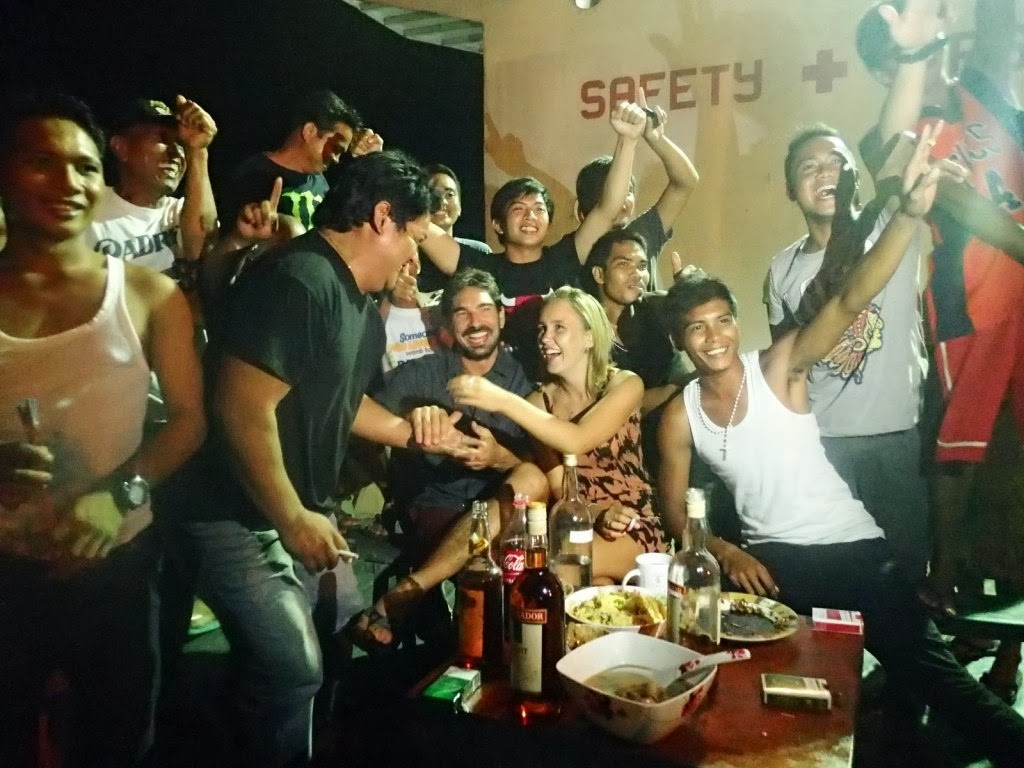 I woke up on the 1st of Jan 2014 with a slight headache and an extremely dry mouth, all reminders of last night’s extravaganza. I felt a bit disorientated and as soon as I turned my head to look at Brian laying snoring on my right, it all came rushing back to me.

Delos sailed in towards the city of Tagbilaran, Bohol yesterday morning, we had an amazing overnight sail from Surigao. And were all feeling excited to spend New Year ’s Eve in this city that we knew almost nothing about. We anchored just outside the harbour and Josje cooked an amazing New Year’s feast, we drank bloody marys and watched a splendid sunset. A few drinks later we all felt a bit tipsy and were ready for some New Year’s partying! 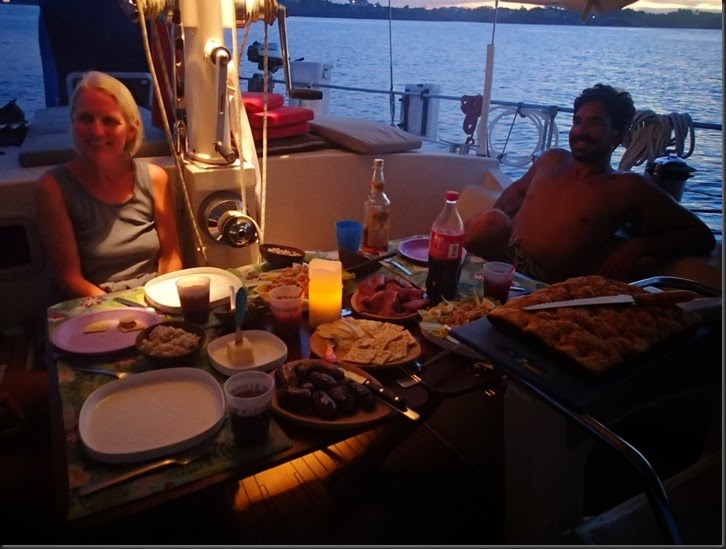 We all clambered into the dingy, wearing our finest clothes and smelling better than we had done in weeks. As we were heading towards some kind of dock to leave the dingy I imagined we would find some sweet resort/bar where we could celebrate the New Year, have drinks and listen to some music. Our own adventure would turn out to be somewhat different. 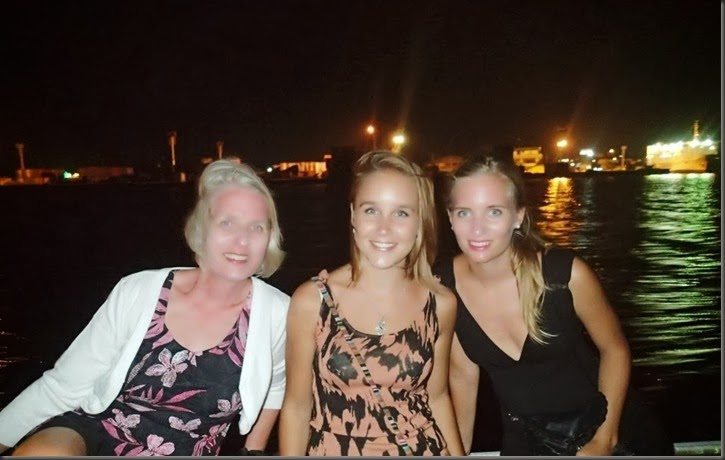 We were told that the party was happening at the resort with the green lights. So we started walking through the city, in what we thought was the right direction. Three months earlier Tagbilaran was hit by a earth quake (MW 7.2), house ruins and building projects where going on everywhere, we jumped over cracks and stone piles, but something that did not seem to have been dampened is the spirits of the people. Everyone was in such good spirit screaming Happy New Year from every corner! We got closer and if it wasn’t for the live music playing the resort almost felt deserted. We finally reached a fancy looking restaurant by the water, except the staff and 2 older couples, we were the only ones there. At 11pm the band stopped playing and the staff started to clean up for the night.

-But surely there must be somewhere we can go and celebrate the new year?
-Yes, metro club…but it’s closed tonight, as everything else in the city. You go to Alona Beach, 45 min ride.
-Sweet, let’s do that!
-Oh, sorry Mam-Sir no more taxis for tonight!

So with all the Filipinos home celebrating and everything closed in the city we clambered back into the dingy and made our way towards Delos. Half way home we passed a cargo ship where 20 or so Filipino seamen where having a rampage. And that was it, We had found our New Year’s party! With 20 minutes to 12 a clock we zoomed back to Delos for some supplies (fireworks and rum).

Approaching the cargo ship everybody was going nuts cheering and dancing. When they realized that we had planned to join them they went even more berserk. Before I knew it I was hoisted up onto the cargo ship by 4 Filipino dudes. Right from the start I knew this was going to be a night to remember. You had to dodge for fire crackers that were flying in all directions, mostly landing on the deck. We counted down the New Year together and the atmosphere was shooting sky high. The drinks and food was served Filipino style with one shot glass that got passed around constantly being filled up with more rum and food in the middle for everyone to share. The speakers were blasting crazy party beats, they started up the crane just to honk the horn as intensely as possible, everyone was dancing doing backflips, clapping, whistling and I’m pretty sure Josje won the dance off that was a must by everyone. Mum was the first foreign girl to dance with Captain Vargas, I got a marriage proposal, Brady got a job offer, Brian got lost in his drunken tour of the engine room and one guy had the dedicated job to change the fuses as they blew. The best part was that all of this craziness was happening under the big SAFETY FIRST sign! 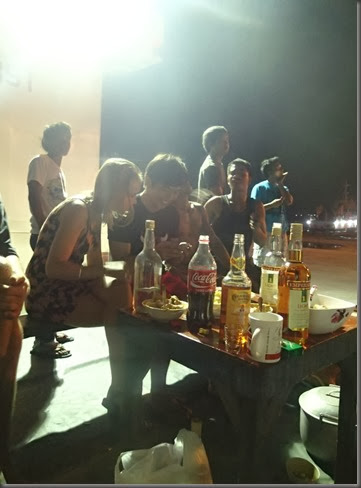 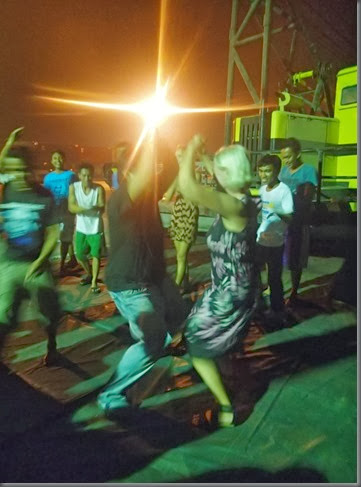 We partied into 2014 with this amazing group of people, so much happiness and love. It was the most random and fun New Years I have had so far.