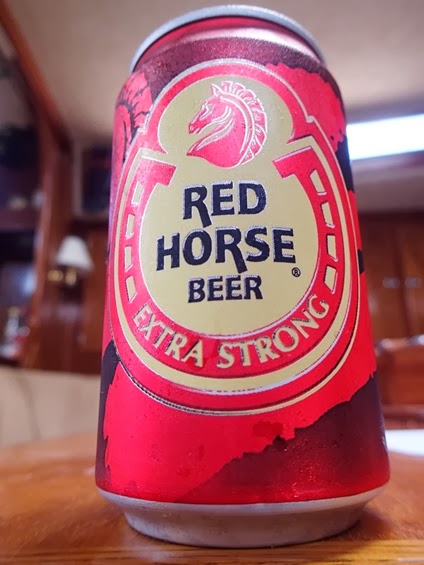 I was lounging in the cockpit on a blistering hot afternoon, nearly drowning in my own sweat.  The skies were an endless blue and the sun beat down with an oppressive force. There was a slight breeze of only a few knots.  Not enough to actually cool anything down, merely enough to tease and leave you wanting for more.  I was nose deep in the Consolations of Philosophy struggling to understand what should have been clear. I read over and over what Alain de Botton was laying down to no avail.   Perhaps my mind was overheating.  I glanced at the thermometer.  45C (113F)……  Hmmmmm, well maybe it will get below 40C (104F) tonight.

We were in the Solomon Islands anchored in the middle of nowhere searching for two things.  First off we wanted someplace to buy beer.  We’d run out weeks ago and the circumstances were dire.  How are you supposed to make it through the ridiculously hot afternoon without a cold beer?  Powered juice drink is really a poor substitute.  Secondly we were trying to find a resort or someplace where we could watch the All Blacks beat Australia.  So far we’d struck out on both counts.

In the distance I heard a dull sound.  At first I thought it was my imagination playing tricks.  We hadn’t seen another boat since leaving Honiara over two weeks past.  The only sounds were falling coconuts and lapping waves here.  The sound grew and grew until I was positive it wasn’t a heat induced hallucination.  There WAS another boat and they were heading our way!  I sat up dazed and confused just in time to greet a dozen smiling faces on the port side of Delos in a 20ft fiberglass boat.  They spoke to me in English.  Not pidgin English, or Bislamic, but regular ole’ English although with an Asian twang to it. They definitely didn’t look Melanesian in any way, having way more Asian features.

“Hello Sir!” the leader of the gang shouted above the idling outboard.  “Do you have any beer?”  I’m not joking, these were the first words out of his month.  “No man, we ran out long ago.” I replied in a very sad voice.  By this time Brady, Josje, and Paul had woken up from their afternoon slumber to see what the commotion was all about.  The leader smiled at us even more broadly.  He shouted something in a language I’d never heard before.   Suddenly  beers were literally flying into Delos from a hidden chilly bin they had onboard.  We were catching them as fast as they threw them.  Cans were flying everywhere!  They must have thrown a dozen beers at us.  I looked at one of the cans “Red Horse- Extra Strong” was all it said on the side.

Then as suddenly as they arrived the boat roared off in a cloud of two stroke exhaust.  “Wait- who are you?  Where are you from?” I yelled above the roar.  “We’re from the Philippines, from a cargo ship!  You should sail there.  You will love it!” Apparently they were Filipino Seafarer’s out on a drunken joy-ride with their tender while there ship was in port somewhere.  Too cool!

Without hesitation we cracked our ice cold Red Horse.  In short time we were buzzed out of our minds.  Yes, we had been sober for a while but this was something else.  We searched the can for an alcohol content and it didn’t have one.  All it said was “Extra Strong- Product Of The Philippines- Not For Export”.

And that was the first time I got it into my head that Delos should sail to the Philippines.  That was nearly three years and 10,000 miles ago.  I didn’t have a solid plan as we meandered our way through the Solomon Islands, Australia, and finally Indonesia.  It was more like an ever present gravitational pull that kept luring Delos closer and closer.  And now just today we renewed our Visa again, which means we’ve been in the Philippines for 3 months already!

So Filipino Cargo Ship dudes- if you’re out there (and I’m sure you are somewhere) I just wanted to give you a thanks.  You were absolutely right-  It’s More Fun In The Philippines!

As a side note we’ve also discovered Kula Fu, which is supposedly a wine drink for poor rice farmers and sailors that don’t know any better.  First off it’s troublesome that two of the ingredients end with Pee.  Secondly, what is Vehicles?  I have to admit it does indeed taste like Pee and Vehicles. 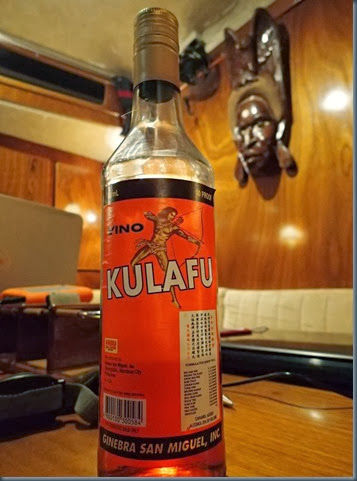 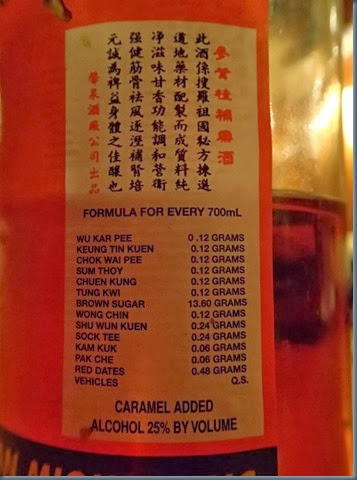