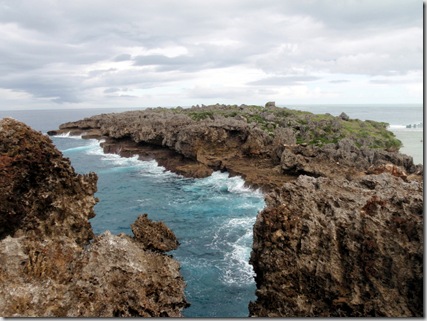 I dreamed last night about deodorant. In my dream I walked into one of the tiny, poorly stocked stores that we’ve been frequenting throughout the South Pacific. There, hidden on a back shelf behind stacks of toothpaste, stood three glorious tubes of Secret Powder Fresh deodorant. I shoved the toothpaste aside, tossed the deodorant into my shopping cart, and walked hurriedly to the checkout counter. The Secret was mine, and I was going to share it with no one.

Part of what this lifestyle is about is learning to live with what we can get, rather than what we think we need. Mostly, we don’t need a whole lot to survive. But I’ve learned that sometimes the things that we get used to living with are pretty nice to have. And when you can’t get them anymore, it’s a bummer.

Maybe this is why we’ve decided that, rather than stay in Tonga for cyclone season, we’re going to New Zealand. Auckland! A real city! It’s been more than a year since we’ve been in an English speaking, modern city.

Since making this decision last week, the three of us have, at various times, imagined out loud what it’ll be like. “We’ll have fast, reliable Internet,” Brian mused one day while eating lunch. “There will be hot girls who speak my language,” Brady said while washing dishes. For me, it’s about reconnecting with the mainstream—discovering new music, watching new TV shows and movies, and plugging in to an intellectual community.

So, we’ll check out of Vava’u on Friday and slowly make our way south. We’ll stop and see the Tongan islands south of here, called the Ha’apai group. (We’ve heard this is where the whales are, and we’d love to swim with a Humpback and her calf.) Then sometime in the next few weeks, we’ll check out of Tonga and make the passage to New Zealand.

I have to admit—even though I’m excited to live in New Zealand for a while, I’m a bit sad that we won’t be calling Tonga our home. It’s beautiful here, with green hillsides that overlook turquoise water and white sand beaches. There are so many nooks and quiet alcoves to explore. The villagers are inviting and friendly, and the pace of life is wholly undemanding.

And even though we have a few tangible reasons for deciding to go to New Zealand (i.e., boat projects, availability of jobs, ease of living), I think a lot of it is wrapped up in how we perceive ourselves. By November, Vava’u won’t feel like the fun, westernized city that we see now. The English speaking ex-pats will fly home for the summer, the restaurants will shut down, and we’ll be left all alone. This might sound appealing to some people, but I don’t think the three of us are quite ready to fully surrender to the simple life.

I use Secret deodorant. It’s not a profound statement, but it’s one that defines me as a certain type of person. Perhaps I’m not ready to be stripped of that identity quite yet. New Zealand… Here we come!