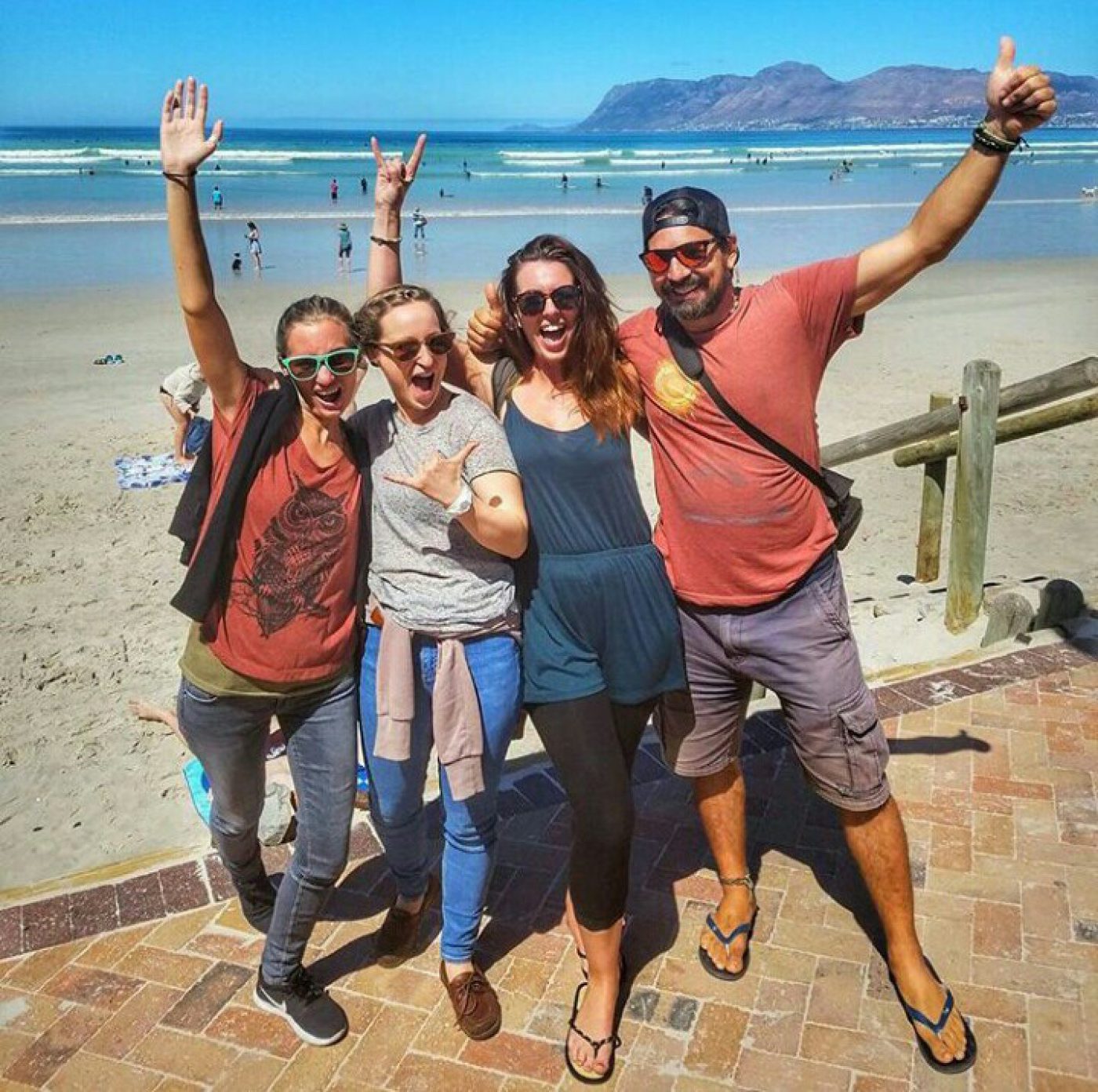 So guys, I’m in South Africa.

This time last year, my world had crumbled and I didn’t know what on earth I was going to do with my life. Hope had disintegrated. Joy was gone. All I could ever hope for was another day of feeling slightly less worse, feel a day with less pain.

And those of you who follow my blog will know. You’ll know because of those moments when rum overcame everything and I opened my laptop to spill my guts onto the screen, never being too specific, never being too precise, never quite saying what had happened.

But it happened, and I am here.

It’s a strange thing actually being in the dream that you never thought possible. It’s strange being with the people you never thought you would meet. Fate in the past seemed like a cruel teacher, but all of those horrible obstacles can lead us to something amazing.

I moved in with my housemate Steve. It was the morning after the night before. My face stung with the rum I was sweating from the previous night out. My tongue wishing for the taste of bacon and my hand shaking for the familiar hold of a good cup of tea. I sat down, seeing Steve already settled onto the sofa, his eyes glued onto the screen ahead.

“What you watching, mate?” I muttered, sinking down into miles of pillows and wrapping myself in a blanket.

“Just this sailing channel,” he answered back, giving me a quick nod. “It’s good.”

I nodded back insincerely, not believing him and hoping he would soon put something else on we could both watch.

I was glad he didn’t.

It was a YouTube channel called SV Delos- about a group of people that quit their jobs to go travelling around the world on a boat. By the second episode I was hooked.

My eyes were transfixed on the screen as I watched these people laugh and joke, celebrate, get drunk, dance, fish and explore new places. I sat there with my fry up breakfast, cup of tea and spent the first few hours wishing that I was there. That I could be one of them.

“I wish I could do that,” I found myself murmuring.

Days passed, house parties came and went. I drank, became hungover and watched another episode and another. Following the journey of these people living this amazing adventure that I knew I could never reach.

Time went on and on. I stabilised, gaining control of the threads of my life again. I became a grown-up. I got a job. But the cycle of partying didn’t stop and the hangover mornings of watching SV Delos with my housemate Steve continued. I was searching for something. I was restless, unsatisfied and disinterested. I became depressed, wishing for an adventure I never thought I could reach, repeating the same thought in my head, “I’m going to be stuck in this town, I’m going to be stuck in this town, this town, this town-”

The morning came when I repeated myself. “I wish I could do that…”

But wait… What was stopping me? I was single, I didn’t have a mortgage, I had no ties- there was no reason why I couldn’t do exactly what these people were doing. I didn’t want to be depressed anymore, I want to feel good about what I’m doing in my life, some people will look at ways that they can change their circumstances where they are by trying to be mindful, Blessed CBD öl kaufen, practicing yoga, and so on. But I needed a real change.

I tried to write a new book. I always loved to write- creating these characters in my head and spilling out their life adventures onto a page- living out my wishes and dreams through them. But it wasn’t real- none of it was real- but for a time- it was enough until it wasn’t.

I knew I had to do something. It was another hangover morning when I was speaking to my dad and he was urging me to come over to join him in Australia. I thought- “I have to do something.”

I sold all of my possessions. I put what I couldn’t sell into storage, trusting my friend Tommy and his experience playing Tetris to store them accordingly. I quit my job, bought a flight and within three weeks, found myself on a plane with a rum and coke staring out of the window, full of hope, full of longing, full of aspirations-

Five months passed in Australia. I drank rum, I danced and I lay in the sun, still hungover, still restless, still watching SV Delos thinking: “I wish I could do that.”

It was after a very bad date, riding home in a taxi when I checked my phone. SV Delos has left a status update and tagged one of the crew members- Mr Brady.

I messaged Mr Brady, squinting at my phone with the extra concentration required by one inebriated by Captain Morgan. I told him what the crew meant to me. How they had inspired me to move, how they had motivated me to quit my job. I didn’t want to say “I wish, I wish” anymore. I wanted to DO something. I wanted to BE. But I didn’t know how to, and to be honest, I lacked the courage to take that first step.

To my surprise I got a response. Three months passed of talking about arm wrestles, human pyramids, and spilling a whole life’s problems, aspirations and drunken ramblings into messenger.

Then came the day when the question came of coming to meet them in Cape Town.

I think it took me several moments to let that sink in.

It was a voyage that would take up to a month of sailing towards West Africa from Cape Town, stopping off at islands, exploring, filming and more than likely- drinking rum.

I was terrified that I wouldn’t have the courage to go. That I wouldn’t buy the ticket. That this would just be one of those things I watched slip away and would look back on with regret.

Days came and went as I tried to figure out which direction my life was supposed to twist. Was I supposed to settle in Australia, continue to attempt to be a “grown up” and try and get the stable job, the apartment, the partner and the car I could just afford?

Or did I go down the rabbit hole once again and take a chance? Would I actually reach out and grab the one thing that made me start feeling hopeful again?

Fast forward and I’m on a plane, being picked up by Mr Brady. The walk down the docks towards Delos was probably one of the most surreal experiences I’ve had, increasing to a pitch when I finally stepped on board. I knew this place. I had seen every inch at Steve’s, cup of tea in hand, bacon sandwich in the other, wishing- wishing-wishing-

I blinked, going below deck and seeing Karin and Brian.

I’ve been here for two weeks and I’ve enjoyed keeping this to myself, savouring it, enjoying it. But I wanted to share with you all that it is possible. That anything is possible really. The future is so uncertain- and that’s actually a pretty beautiful thing. Your story is still being written. You can decide how you want your adventure to go.

Sometimes the best choice is the one that scares you the most.

Mine was following a dream.

So my plea would now be to anyone else who is thinking, “I wish I could do that, I wish, I wish-”

Life is too god damn short to be in a situation where you’re not happy. Life is too marvellous, incredible, bright, colourful, exciting and damn right scary at times.

Stop saying “I wish I could do that” and do it.

If you’d like to read more from Elizabeth check out her personal blog at https://earlewrites.com/ .