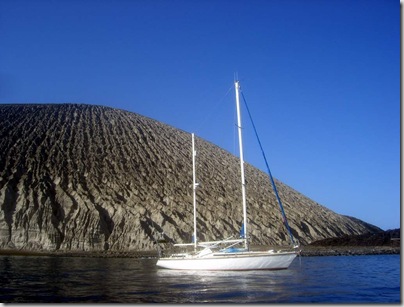 We spent six fantastic nights anchored off of San Benedicto Island in the Revillagigado group, about 340 miles off the coast of La Cruz. Like Brian said in his previous post, it was like we’d sailed to the moon: the steep faces of the volcanic cliffs were covered in deep craters and gray ash, and the water was magnificently blue. 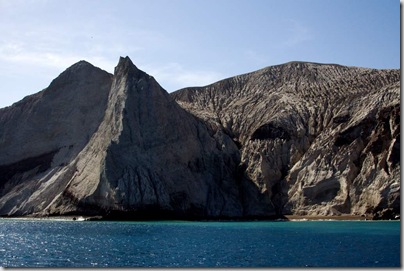 We dove at least twice a day, sometimes up to four times a day, in brilliantly clear water; often the visibility was 70 feet or more. We swam with giant Manta Rays, listened to the songs of nearby Humpback whales, and shared the water with Silky Sharks (not harmful) and at least one Galapagos Shark (very harmful). The latter we saw on the last day of diving and his aggressive circling of Brady, Jessica, and I was too much to ignore. We were all fine, just a little shaken up, so we spent a few hours out of the water to encourage the shark find a better meal to snack on. When we went back in for the last dive of the day, the shark was nowhere to be seen. 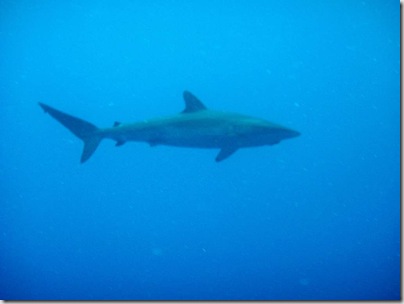 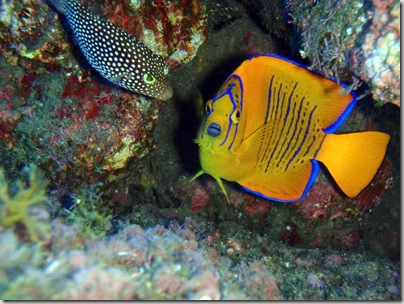 Swimming and diving with giant Manta Rays was by far the highlight of the trip. The Mantas that live in the waters around San Benedicto Island are easily 14-17 feet across, from wing tip to tip, and more than 12 feet long. Nearly every time we were in the water, a Manta would glide up to us and spend time checking us out. They are incredibly docile creatures, and surprisingly playful. Chris and Jessica on the sailboat Namaste had been anchored in San Benedicto for a few weeks before we arrived, and had learned that the Mantas will play with you if you play with them. Our first time in the water, Chris played with the Manta by performing big, circular flips in the water and dancing a pirouette with his arms outstretched. With each move, the Manta would respond in kind. It was majestic to watch, and should definitely be on most, if not all everyone’s bucket list if possible at some point in their life, along with San Diego whale watching also, their underwater world is still so fascinating. 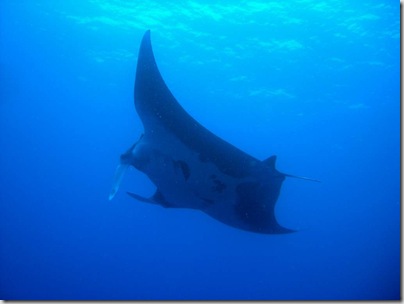 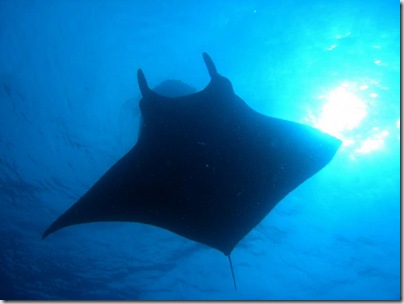 The most unbelievable part of this experience, besides just being in the water and communicating with these giants, is that when a connection is established between you and the Manta, she swims right up to you, tips her wing down, and offers you a ride around the dive spot. I was lucky enough to experience this once while we were there… I climbed onto her back and with one flip of her wings we were soaring through the water, easily reaching speeds of 3 or 4 knots. I quickly lost all perspective of where I was but held on tightly for the ride of my life. After a few minutes she dropped me off right where I’d started, where Brian, Chris and Jessica were waiting to welcome me back with cheers and hoorahs. After my ride, it was Brian’s turn, and then Jessica’s and Chris’ turn. When we’d all had our fun, the Manta flicked her wings a few times and slowly swam out of view. 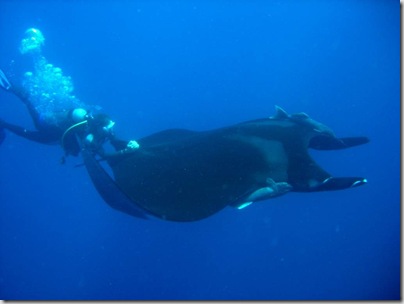 The experience of having a Manta Ray glide up beside you, tip her wing to let you climb on her back, and then gracefully propel you around the water is beyond description. I wish that more people could experience the playful and docile nature of these creatures, as I think it would make ocean conservation efforts more central on our minds.
Yesterday we pulled up anchor and are making our way to the South Pacific. We don’t have a lot of wind right now, but we should pick up the breeze as we move farther west. We have a long passage ahead of us: one with many, many miles of blue water and sky… If it ever gets monotonous, I can just close my eyes and imagine myself on the back of a Manta Ray, gliding through the water without a care in the world. 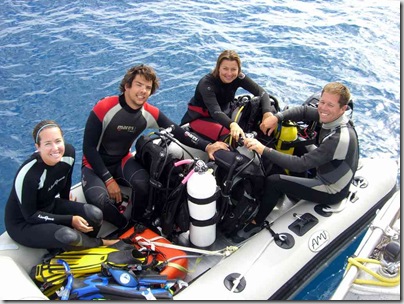