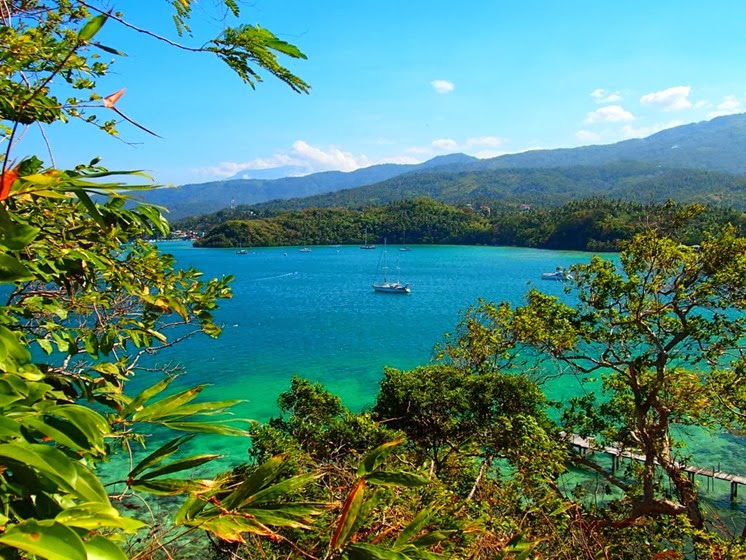 Me and my brother Brady have this thing we call laughing moments.  Let’s just say you’re having so much fun in the moment you spontaneously start smiling and laughing uncontrollably.  You ponder all the things that had to align to make this moment what it is, just so perfect.  Usually when this happens we bro like to share this amongst ourselves.  A text may simply read “Hey bro.  Just had a laughing moment!”  He knows what I mean.  But, now Brady has sailed off to New Zealand for work and I don’t think he has a phone.  Even if he did I couldn’t text him because I only have 12 Philippine pesos of credit left, which is something like .20.  So, I’ll just put it in this post knowing he’ll find it eventually!

This weekend I had a major laughing moment.  You see, a few months ago when Delos was in Australia we got a message on Facebook from someone named Aidan.  Apparently Aidan is planning a cruise of his own and ran across our blog doing boat research.  We kept in touch as we sailed from Australia to Indonesia, and finally to the Philippines where Aidan lives.  As we worked our way through a few of the 7,107 islands that make the Philippines such a sweet cruising ground he dropped us awesome bits of knowledge along the way.  Check out this place for surfing, this one for diving, good anchorage on this island, and plenty of festivals along the way.  Almost like breadcrumbs leading us further and further north.

One thing he mentioned was Malisimbo.  It’s a music and arts festival high in the mountains over a little place called Puerto Galera, which has one of the most beautiful and protected natural harbors in the Philippines.  Feeling a magnetic pull Delos sailed north.  We waited for a tropical storm to pass by in the safety of Bonbonon (Southern Negros) then took advantage of the “calm after the storm” to make our bolt north.  It had been a few months of constant island hopping and we were excited to stay in one place for a bit and chill.  We dropped the hook in the beautiful bay and settled in.

After a few weeks of wonderful relaxing in the bay I got a message from Aidan that him and his friends had just arrived for the festival. Strangely enough I saw a boat load of people step onto a dock only a few dozen meters from Delos.  I sped over in Maggie and shyly asked- “Hey- do any of you guys know Aidan?”  “Yes, Of Course!  This is his dock.  He’s right over there.”  I’m sure people were wondering who’s this strange bearded character zooming out of the darkness?  Of all the places in the bay to anchor, all the coves and little inlets, and all the moorings, we just happened to anchor right here.  Right in front of the dock leading to his house!  Serendipity…..  I promise we weren’t stalking him or anything.  It just sort of worked out like that.

Anyway, all this leads me to an amazing series of Laughing Moments.  Riding on top of a Jeepney through the mountain passes dodging tree branches, sitting in a tree house watching the festival, having a massive human sized frog hop down the hill to hand me a jar of “special” jam, trying to watch Jose Gonzalez play guitar and wondering if he actually has 9 fingers on his right hand, zooming across the bay in an inflatable catamaran on one hull, having a great party on Delos with new friends (and getting those new friends to drink our moonshine), and most importantly watching the sun rise from an epic vantage point overlooking the entire bay and surrounding mountains with a group of incredible people (twice).  Thank you so much, I’m still smiling ? 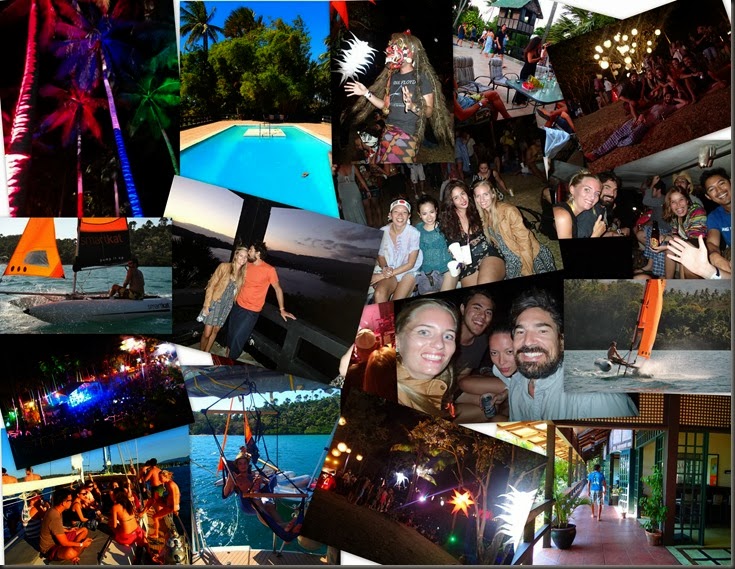