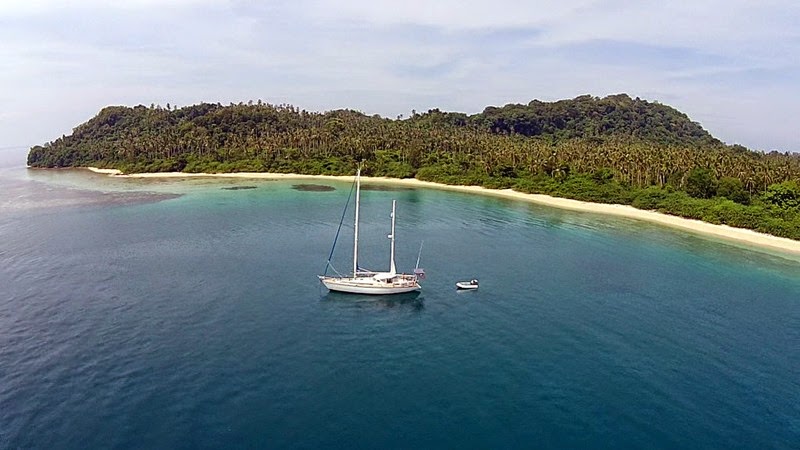 I glance to my left and see a middle aged woman dressed in brightly colored Malaysian garb. In front of me an elderly gentleman with a 6 inch white beard and matching Muslim prayer hat is chatting with a mostly toothless women, her eyes barely peeking out from behind her veil. I can’t understand a word. Every few minutes the woman to my left starts groaning, which is a little worrisome. But then she clinches her fists and starts punching herself in the forehead. Now that’s downright weird. What the hell is going on with this lady I think?!??!!?!? Then the car window rolls down and a my thoughts are absorbed by the machine gun toting official that’s just waved us over. Papers are checked, passports scrutinized and then we’re waved through with a sigh of relief. These aren’t the droids you’re looking for. The crazy lady takes a break from punching herself for a while and all is well in my little world. And then it really dawns on me……. We’re back!!!!!! Welcome to Sabah, Malayasia on the awesome island of Borneo ?

We’re actually jammed in a taxi with seven other random locals trying to get from Kota Kinabulu to Kudat, where we left Delos nearly four months ago. It’s about a four hour taxi ride in the sweltering heat if all goes well. But for some reason the traffic is bad and there are more police checkpoints then normal. The backseat of the van is way too small for the three of us crammed into it. But it’s cool though, at least we aren’t stuck in here with a bunch of chickens like last time. I put in my headphones, crank up the tunes, and zone out the insane lady. I have a few hours to reflect on the awesome, incredible journey that’s been our lives for the last four months.

I think of all the circumstances that happened and fell in line for Karin and I to be in this place right now, at this very moment, experiencing this. It was just a few months ago we were up the Kinabatangan River with Delos. Our plans were to sail west and enjoy the amazing diving at Sipidan, on the NE coast of Borneo. Then we received a message from Marta, Karin’s mom. Unfortunately after a long and happy life Karin’s grandmother had passed away. In the blink of an eye we went from cruising mode to preparing to head back for the funeral. We spent a few weeks readying Delos, then jumped on a plane and started flying West.

After a brief stop in Hong Kong we were back in Sweden. I feel very fortunate to be able to travel like this and experience just how beautiful and different the world really is. Although I am thankful that I found this really cool youtube converter so I could watch lots of downloaded videos on my flight and not get too bored whilst I waiting for the most amazing destinations. Sure, Sweden is on the other side of the planet but as far as we’re concerned it’s really another universe. The first thing I noticed was a timer in the airport for the baggage. No way I thought. Do they really know exactly when the bags will pop onto the conveyer? Sure enough the timer counted down from 2 minutes, and just a few seconds after hitting zero the bags began rolling out. No shit! Something like that really blew me away. Coming from someplace where the common answer is “Just wait for a while.” or simply a smile and a “yeeessssss”, meaning they have no idea. In Sweden the train left on time, the busses had tracking devices to predict them to the second, and the internet was furiously fast and everywhere. The food was fresh, and fruit was perfectly ripe. There was a distinctive lack of bugs around. We no longer needed to pick the worms from our tomatoes. I don’t consider it to be better, or worse, but just different. It all depends on your frame of mind.

After about six weeks in Sweden, we flew to Denmark, then off to the USA to visit my family in Florida. After landing at the airport, we chose to rent a car through a website similar to StressFreeCarRental.com. As Florida is a pretty crowded city, it would be wise to travel by car as opposed to any other mode of transportation, and we were well aware of that. Wow, the culture shock between the USA and Sweden was no less astounding. Cities were massive, everything was plentiful and seemed to be on some ridiculous discount. I ordered things on the magical internet only to have them arrive a few days later. No customs, no month-long delay. Stuff is just available.

Cars zoomed around on multi-tiered freeways at crazy speeds. I mean, how stupid can some people be? Don’t they know that this is what causes accidents, maybe to the point of people losing their lives? I have never seen anything like it before. Well, that was until I saw people texting and driving at the same time which prompted me to view this text and drive survey to see just how many people did it. And boy was I shocked. If I could do it, I would never dream of doing this because not only am I endangering myself, but I’m putting other road users in danger too and this is just unthinkable to me. It’s not all drivers, of course it isn’t, but a large portion of people were doing it while driving and it was so scary.

Once we navigated the freeway, we were mesmerized by the high-rise condos with tens of thousands of people stretched out as far as the eye could see, creating concrete canyons set just off a beautiful beach. I really didn’t realize it but the population of Florida is around twenty millions people. That’s just over two Swedens. In just one fricking state! I stuffed myself silly with an astounding amount of Cuban Sandwiches. My waistline definitely reflects the amount of cheese, pork, and everything else I consumed. My shorts certainly are tighter these days. But it was worth it. We’re back in the land of no cheese or bacon now.

Often as I sat on the 15th floor balcony of my Dad’s condo drinking beer and gazing at the ocean I thought of Delos. Wondering how she was doing. Wondering if it was hot, windy, or rainy. It’s always a struggle for me to leave Delos. She’s been my home for the past six years now. But I think it’s really important to leave sometimes. When you’re sailing for a long time sometimes you become accustomed to the beautiful beach’s and the crystal clear water. Just like anything else in life when it becomes common you start to take it for granted, no matter how hard you try to realize just how special it is. I found myself day dreaming about sailing again, and looking forward to casting off the lines and hoisting the sails. Time away from cruising always puts things in perspective for me. I know it may be hard to believe but I’m way more excited to come back than I was when I first left Seattle so many years ago. I know how amazing it’s going to be. I know the crazy people and exotic places we’re going to see. And I also know that each year I sail it just keeps on getting better and better. I spend time thinking if the world is actually getting more interesting as Delos sails West. Is that even possible? Or is it that I am absorbing the experiences in a different way. Am I changing, and that in turn is changing the way I experience this journey? Good question, maybe it’s a bit of both.

This trip was amazing for us in so many ways, we lived solely off the generosity and love of the people we met over the past few months. I wanted to send a special thanks to all of you that fed us, bought us beers, flights, took us sailing, on swamp boat tours, and let us crash on your couches, floors, and comfy beds. It was an absolutely incredible 4 months but we’re so, so happy to be back on Delos!!! 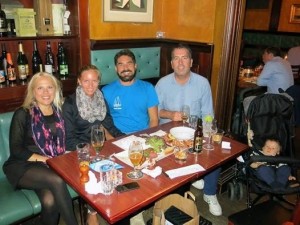 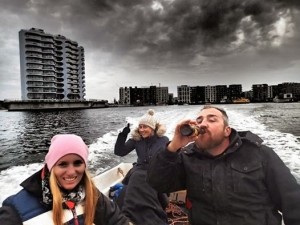 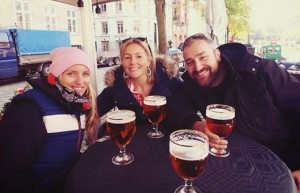 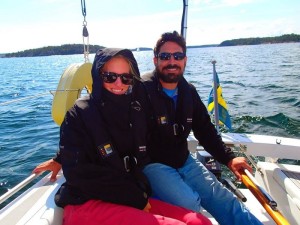 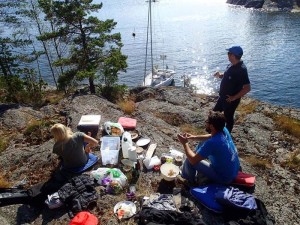 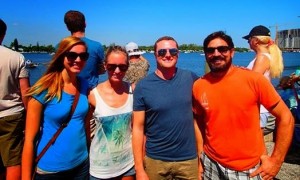 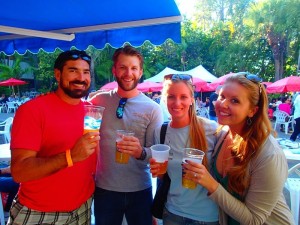 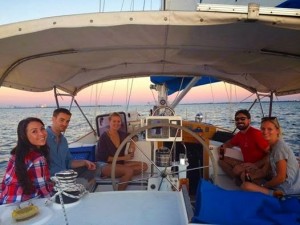 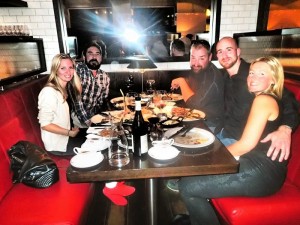 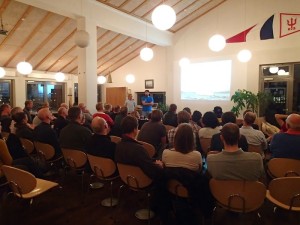 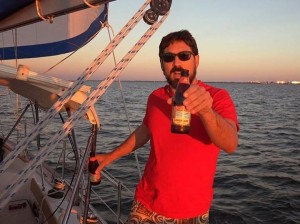 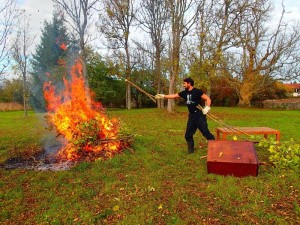 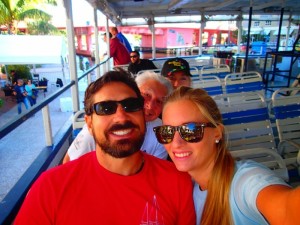 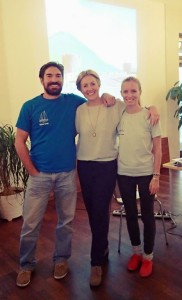 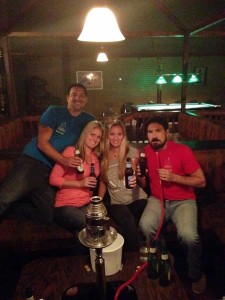 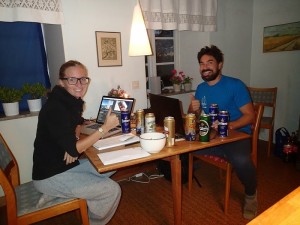 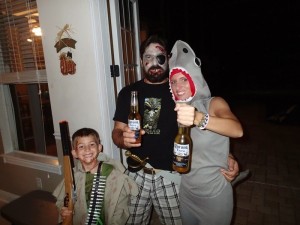 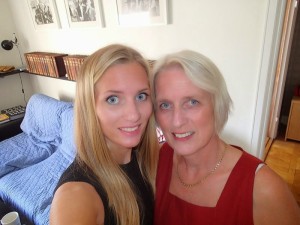 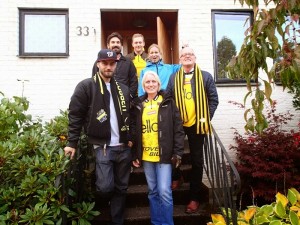 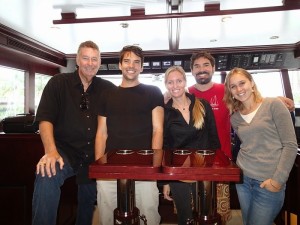 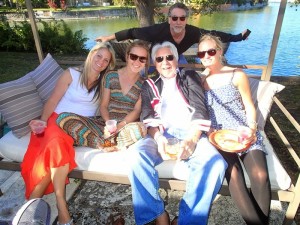 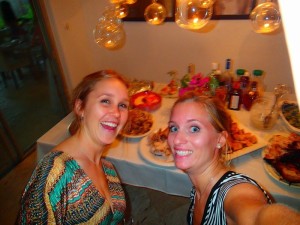 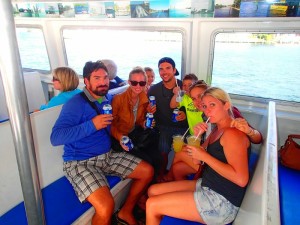 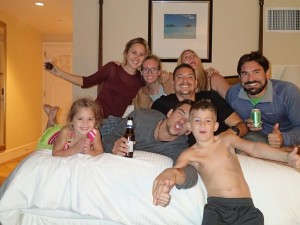 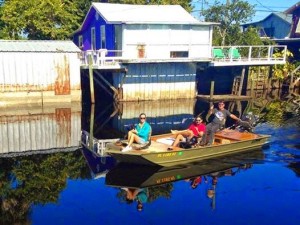 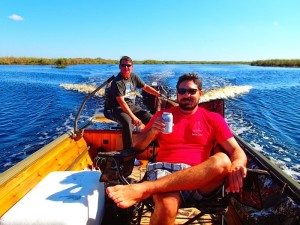 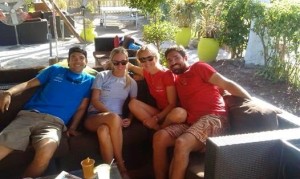