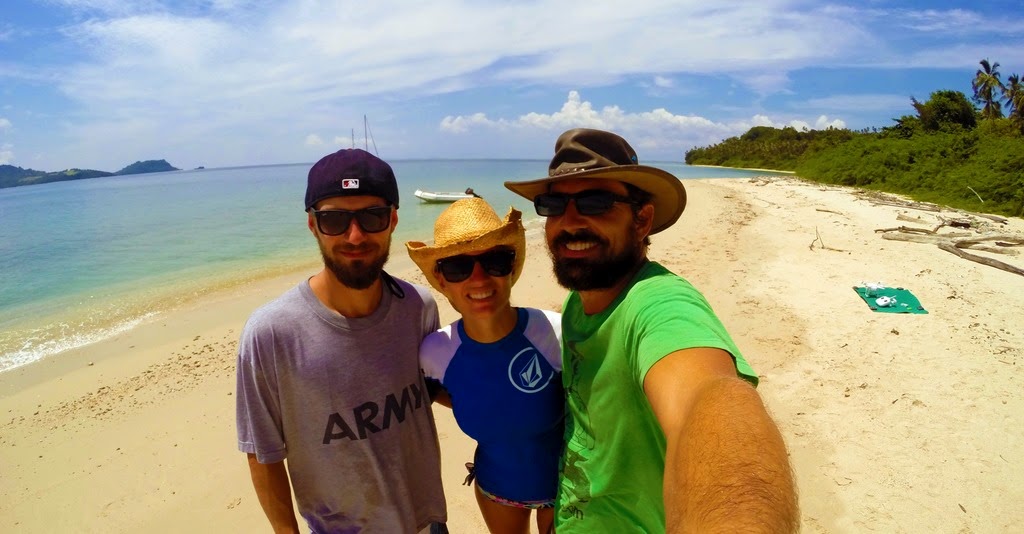 Somewhere I heard the quote “Life, that thing that passes while you wait for moments that never come”. Well it doesn’t apply here, not on Delos, here you live in that moment one day at a time.

This journey (or wait) began for me in 2011. My sister Karin was out sailing the South Pacific with Delos and I was on my first tour in Afghanistan. You see, I’m in the Swedish Army. I saw the pictures and videos they posted, the blue ocean, white beaches and green palm islands. All those colors. When ever I looked out it was brown, different shades of brown. I knew right then that I had to go. Now, three years and two tours later I am here, I have been on Delos for almost five weeks now, and this moment has been worth waiting for! 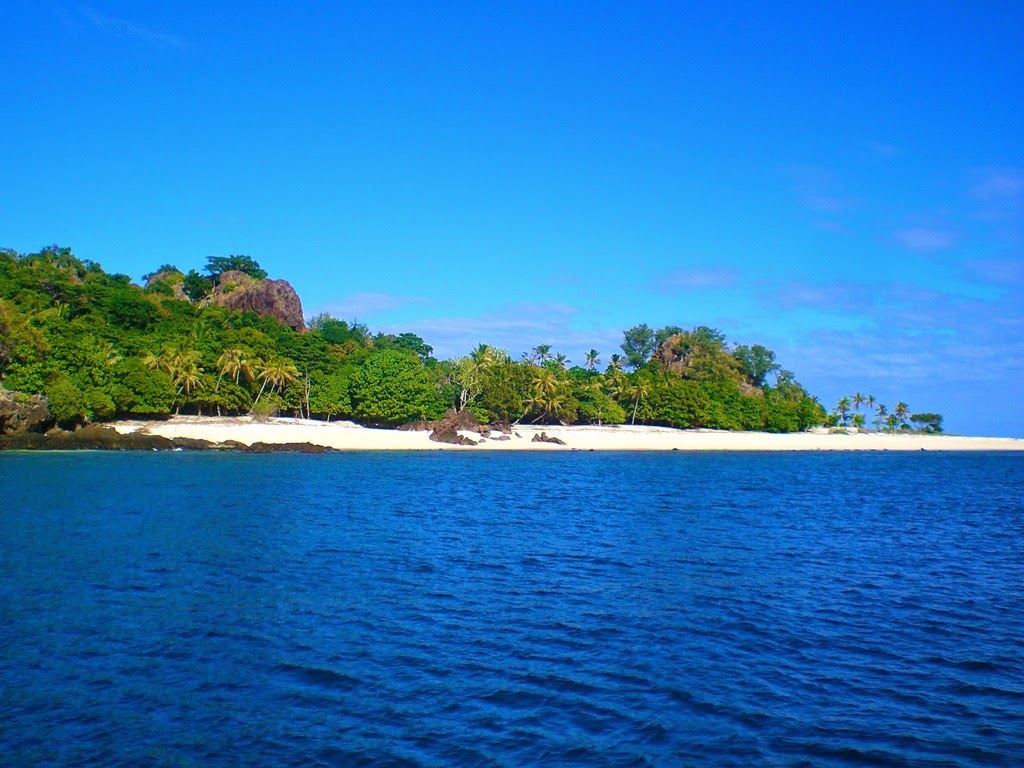 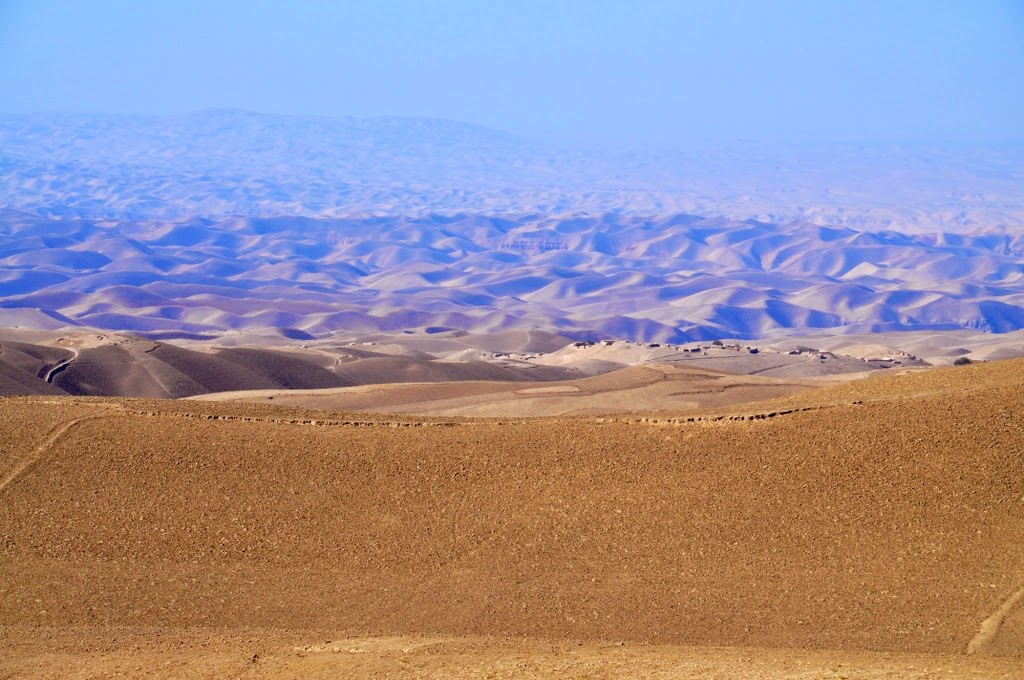 Northern Afghanistan and the South Pacific. The contrasts of our world.

I left Stockholm to join up with the Delos crew in Kota Kinabalu, Malaysia. Brian and Karin had brought a couple of friends with them on the sail from the Philippines, they left Delos in a marina in Kudat and came to meet up with me to spend the weekend at a resort just outside of KK city. Brian and Karin seized the opportunity of unlimited hot showers, all night AC and other things you long for after some time on the boat. Me, I acclimatized to the heat and hydrated.

After a few relaxing days it was time to go back to Delos, so far never having sailed before I had no idea what to expect and when Brian asked me I recall answering that I expected it to be “great, relaxing, cool, and maybe some hard work”. I found it easier to be relaxed once I knew I’d packed my trusty CBD capsules. They’ve become so popular now (such as Blessed CBD capsules are available online) and I can see why – I really was relaxed! They are definitely something to have when you’re a little unsure about something. Now a couple of weeks later I’m not sure that I’m able to describe it with better words. But hey, don’t confuse it with the feeling of “high”. You’ll have to take THC for that. I know some people who use delta 8 thc vape cartridge to feel the slight intoxicating effect (which you won’t get when you use CBD).

Anyway, enough about cannabis. We did our trip preparations in Kudat on the northern tip of Borneo, bought food, fuel and did some minor reparations on Delos. Days that when written like this may sound dull but make no mistake, even such days can be made memories of. Before you know it you have the Prince of Malaysia visiting the marina (though I slept in on that morning), you get to know a super-nice local guy working at the marina or you just spend time with family that you haven’t seen for a long time and if that doesn’t do it for you, buy a “Phantom 2 Vision+ Drone” and practice flying on the golf course just by the marina. 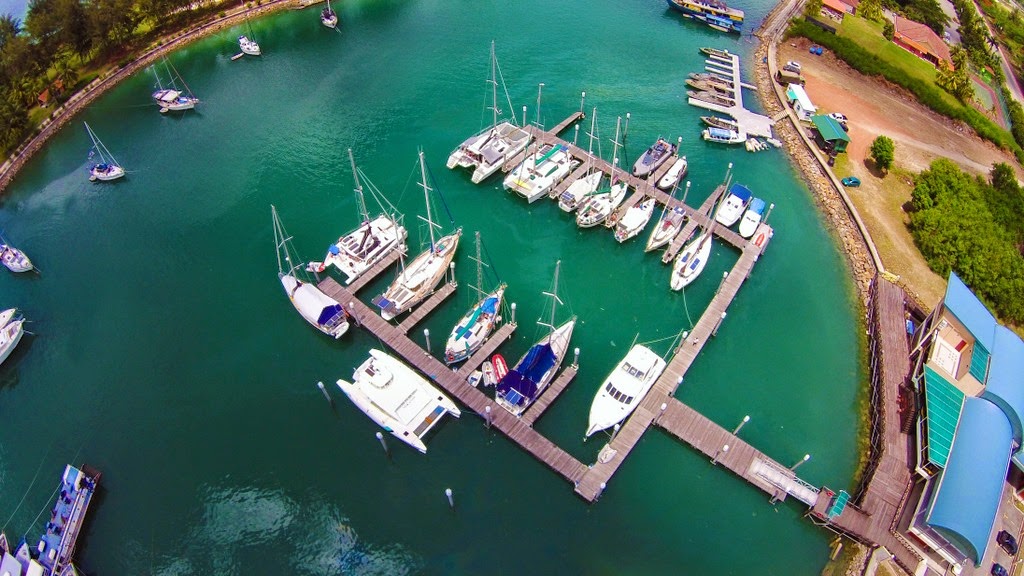 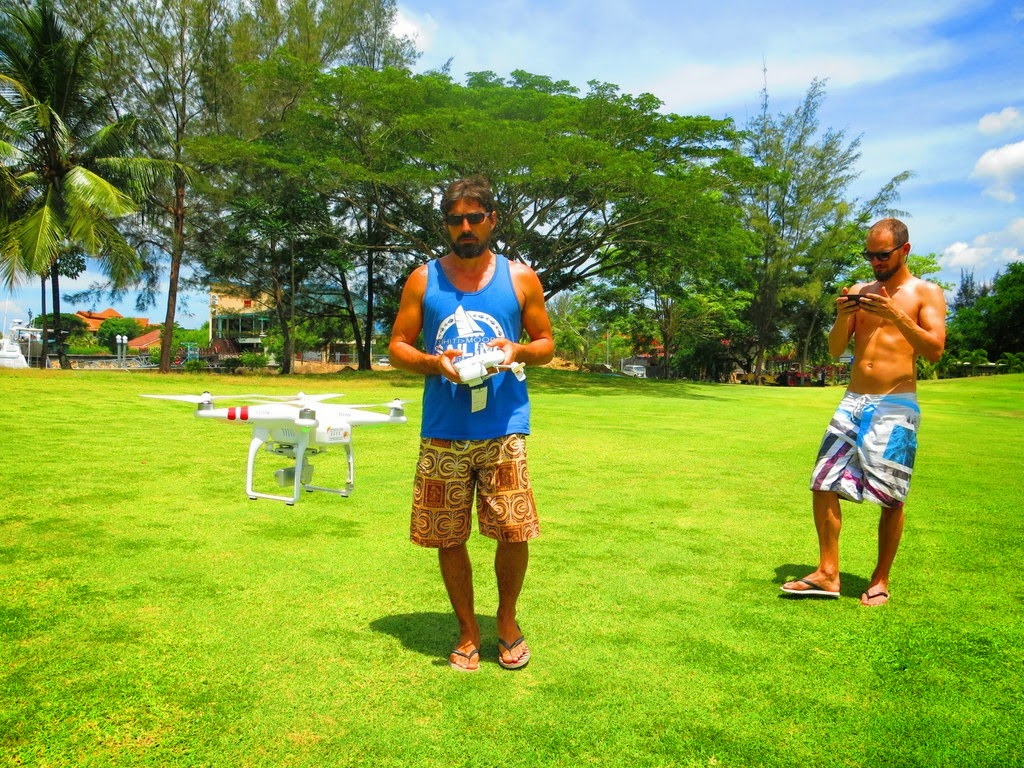 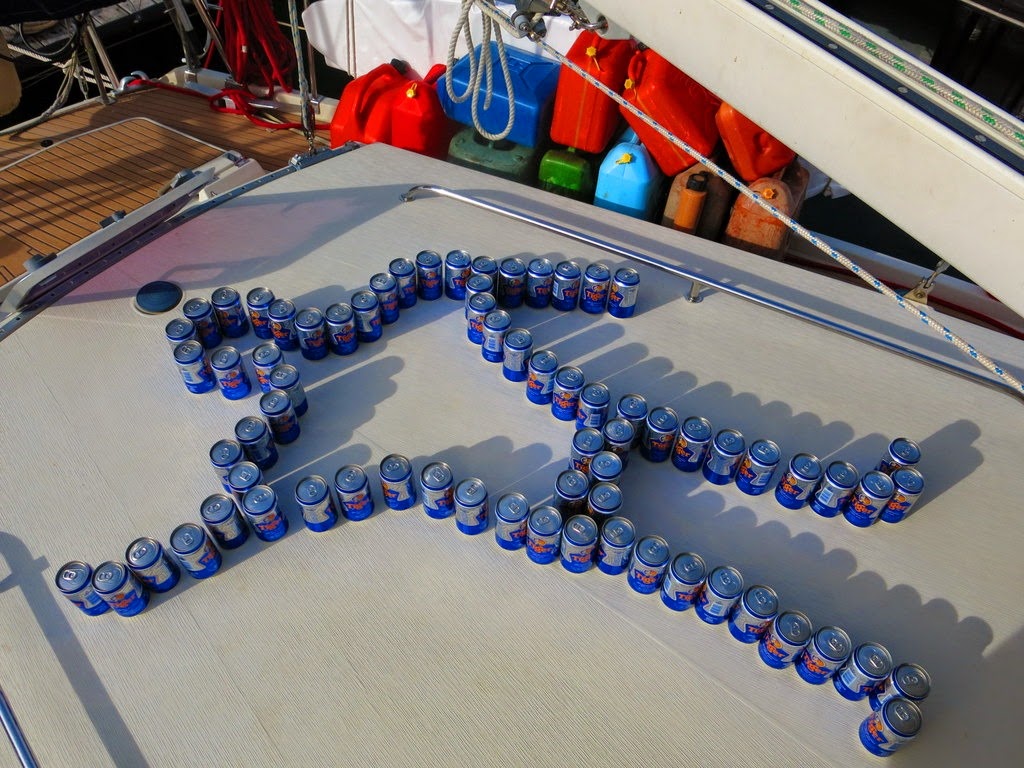 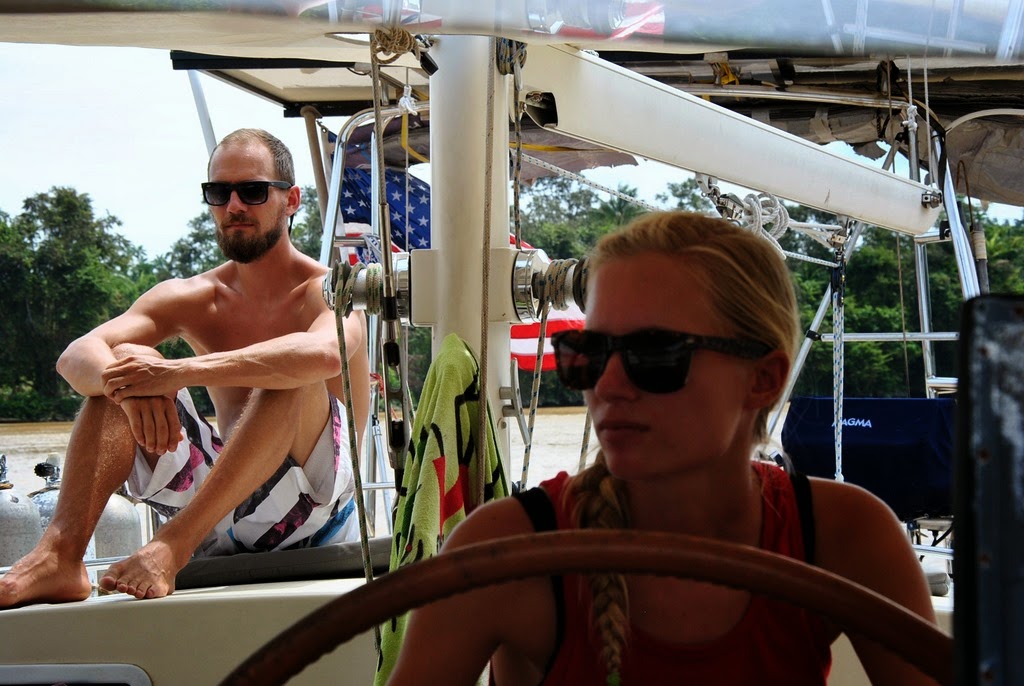 And so we set off. Really without a plan, as I learned is the way that the Delos crew normally operate. You kind of know the plan for the day, maybe, and then you have an idea of where you might be at the end of the week and then there are hopes and dreams of what you want to do next year and the year after that. A relaxing way of living even though it took some getting used to for an military schooled guy like my self, used to having a plan. I did think about ways I could help myself relax enough to start acclimatising to this new way of living, including cannabis (I know, I said I was done talking about it, but I guess not). It turns out that there are a fair few military veterans who make use of medical marijuana, to help them relax, among other things, and this is now legal in many countries. Plus, at this Veterans Today article points out, there are many different ways that this can be consumed, so those who are interested in it are surely likely to find a way to take it that suits them. Fortunately, I wound up not needing it, but it’s definitely something to keep in my mind for the future, should I find myself unable to cope with stress.

Our idea anyway was to sail the North East coast of Borneo, hitting the Turtle islands, the city of Sandakan and then head up the Kinabatangan river. All this as a part of a rally consisting of something like 15 boats. At first we didn’t do so well with the whole rally-thing, I think it took a few days before we actually saw another boat and about a week before they even new that we were participating. I guess there are pros and cons with sailing in a rally, the thing that I will remember are the stories, talking to some of these people that have been sailing around the world, making their moments happen. If I have stories like that when it is my time, I will be happy.

After a few days and as many anchorage’s we arrived to the Turtle islands, and as the poor rally boat that we were we decided not to anchor at the appointed island but another one just north of. We did some snorkelling, and after a 15 minute dive lesson I got to do my first dive. I was probably not the most gracious thing in the ocean but it was an awesome experience. All that life down there, everything is alive, and during the moments that I wasn’t concentrating on my self and my gear it was Great, Relaxing and Cool.

The peak of the week for me was when we visited the small village on the island, a few boys had come by the day before and sold us some fish and we decided to pay them a visit. We got a tour of their island and checked out a mud volcano that we had seen from the boat. They showed us their turtle hatchery and Karin got to release a baby turtle. Her peak of the week. When talking to the villagers it appeared that not only had we neglected the rally spot, we had also accidentally left Malaysia and re-entered the Philippines. That dotted line on the navigation chart, that’s not the borders of the turtle reservation… note to self. 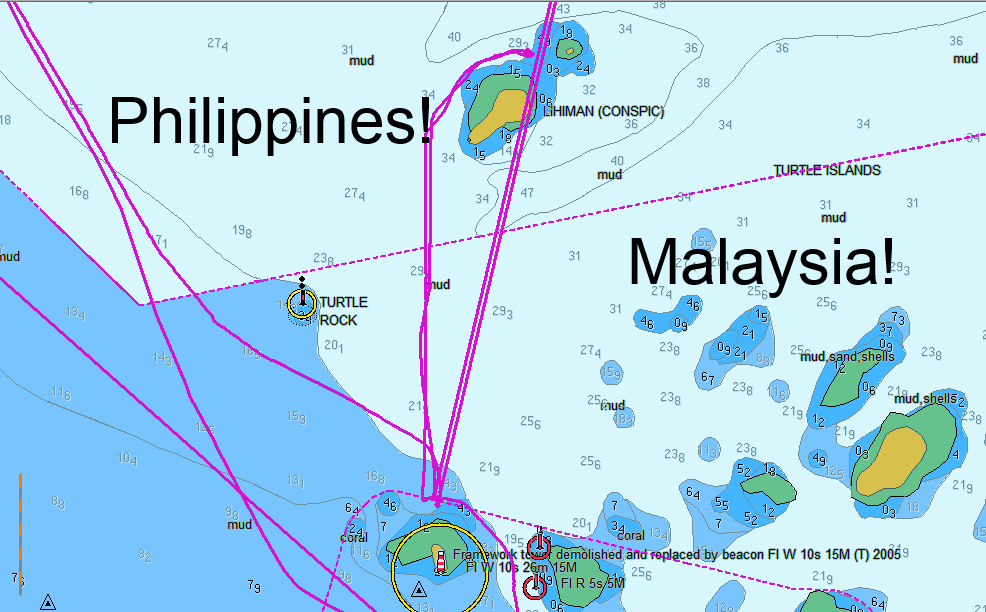 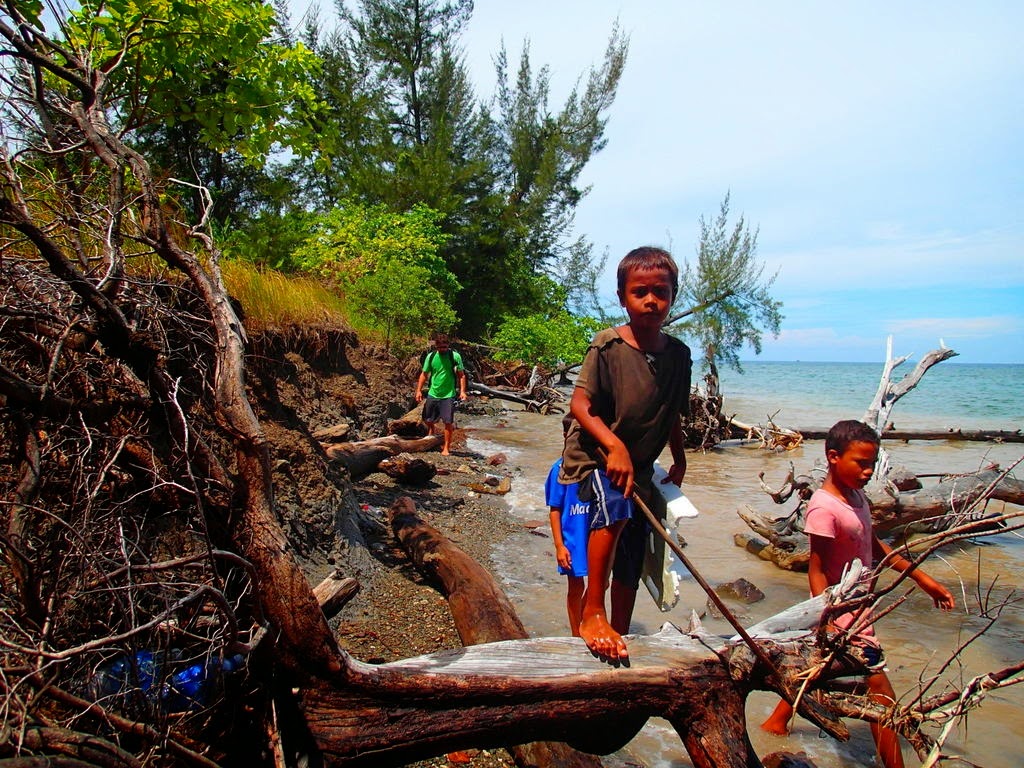 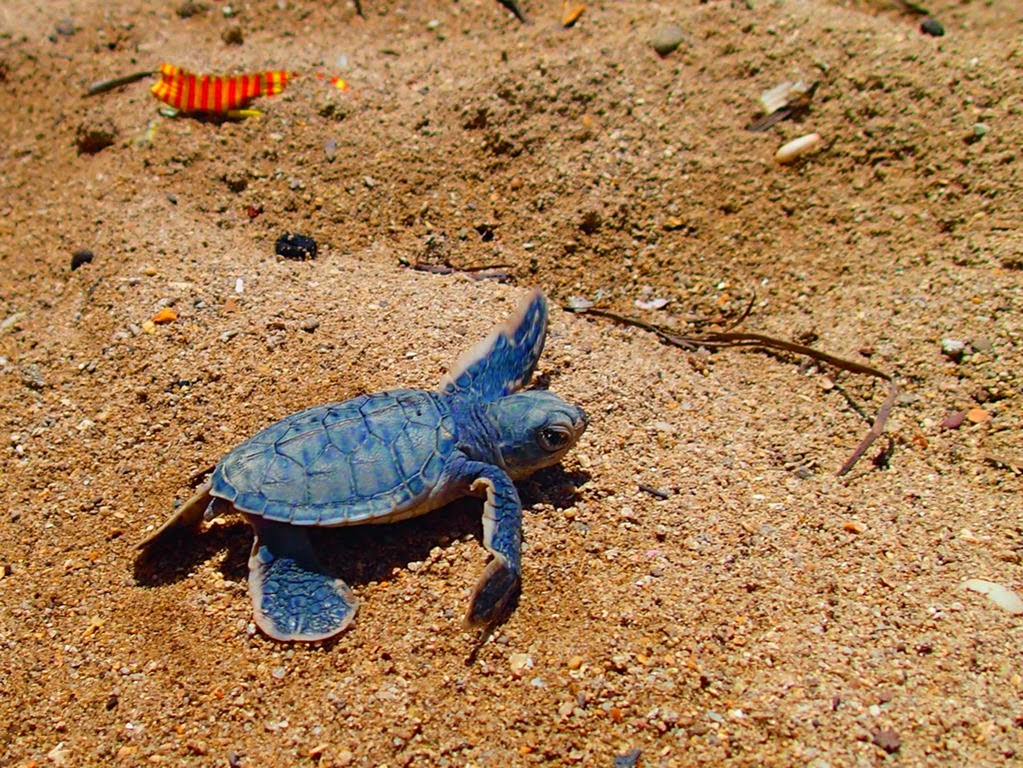 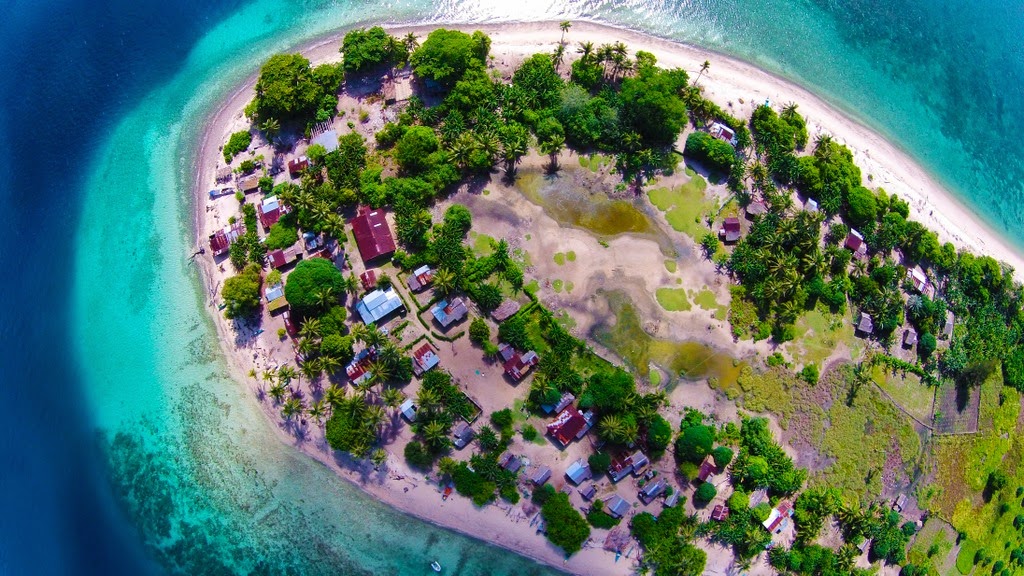 Lihiman Island village
Before continuing up the river we stopped in the City of Sandakan for some re-supply. Here I learned that even on Delos some moments don’t always come, moments that you wait for, such as finding bacon, minced meat, or tonic to go with the gin. May sound trivial and yes, it is, when this is the sum of your problems you can relax, buy tofu and drink rum and coke instead. We did, it works. If time permits, one could also try better recreational products like cannabis (from lowpricebud or similar dispensaries) to ease the mind during travels.

After three days in Sandakan we have had enough of the city. We were going up the river! Suddenly I wasn’t the only first timer, there were no charts, only a couple of 2 year old waypoints in a river that constantly changes. Getting in was the gnarly part, the river carries mud and sand with it and dumps it just outside in the ocean. Just as we entered the river and the depth reader read than 0,3 meter/1 foot under the keel Delos saw her first crocodile. We were in the jungle with a sail boat. This was something new. 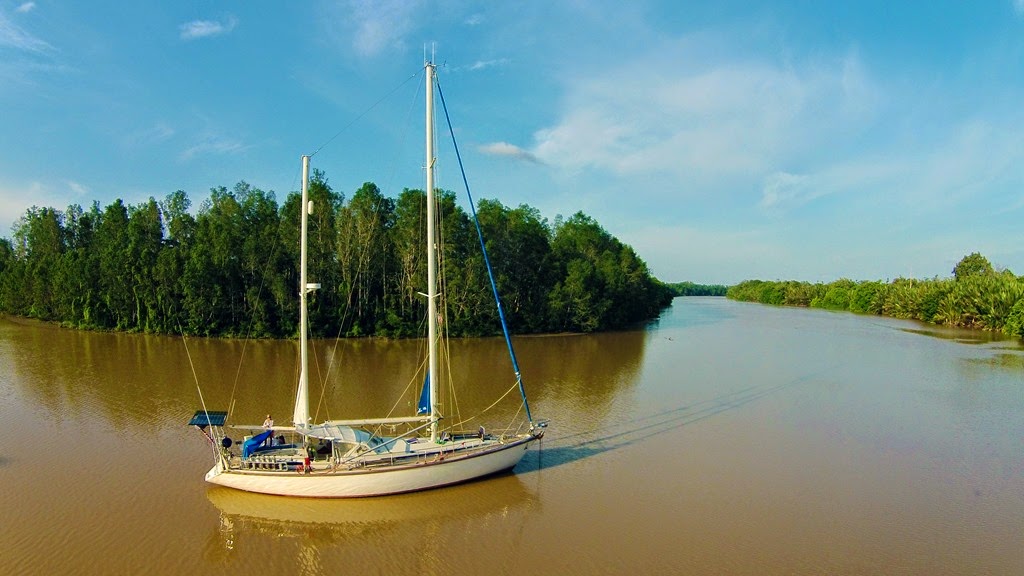 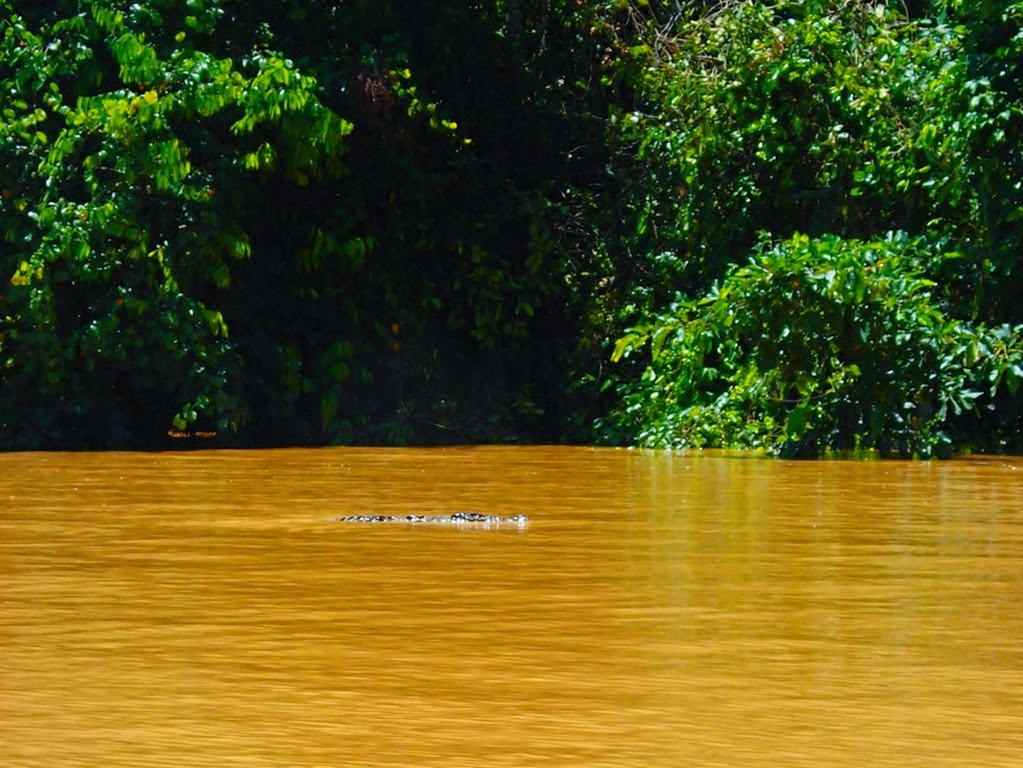 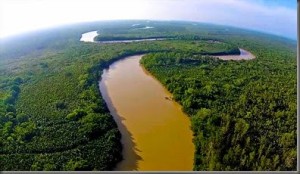 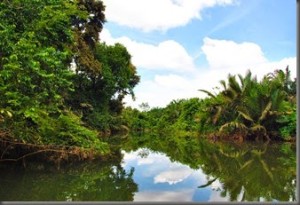 We call ’em monkey-business-trees and there were a lot of them. The proboscis monkeys look so funny with its big nose and it seems like they have “home trees” to which they return in the evening to spend the night. We took the dingy out for early morning and evening adventures and as we sat and watched the monkeys climb the trees just above, you could almost hear David Attenborough narrate in the background.

This was the routine, a day or two at a anchorage close to an off branch of the river, adventures with the dingy and then head up a couple of miles to a new nice spot were we could spend a day or two. Over the week we saw various monkeys, long tailed and pig tailed macaques, proboscis monkeys and others that we couldn’t define. Between exploring the river with the dingy we would chill. It was Great, Relaxing, Cool and HOT! It was hot in a whole new way and in muddy crocodile waters you were not to keen to take a swim even tough it was tempting. 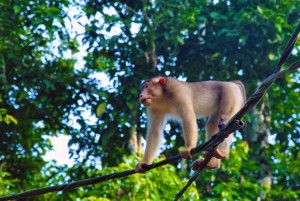 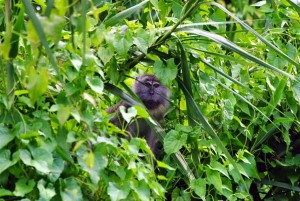 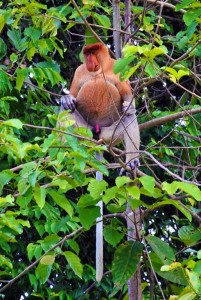 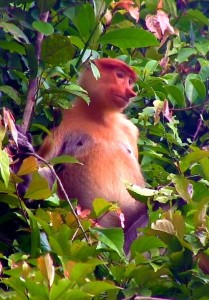 We spent ten amazing days on the Kinabatangan river and ended up at the village of Sukau, the end of the river for Delos and crew. Beyond this point few sail boats can continue due to power lines crossing the river at 17m altitude. For me this was not only the end of the river, it was also the end of my time on Delos, for this time. My vacation was coming to an end.

So what about the hard work? It has all been Great, Relaxing and Cool, but was it any hard work? Of course there is hard work, a boat takes a lot of maintenance and the weather gods are not always on your side but I came off easy. We had some squalls, sure, but I sorted them under Cool. More than that I don’t know. I guess I will have to come back and do it again.

Now I’m heading home. Delos and crew will continue their travels, with an idea of where they might end up at the end of the week and with dreams of what they might do next year. I will go back to my work and my friends, back to my life, and i will remember this.

I think its like this, time passes, nothing you can do about that, you just have to make sure that the moments come. That is your life.