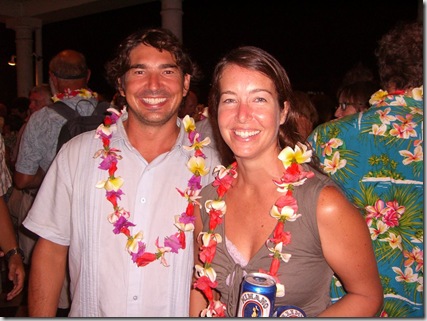 We’re currently in the third island group in French Polynesia – the Society Islands. We landed at Papeete, Tahiti, on Tuesday morning and were thrust headfirst into the biggest city we’d seen in months. Tahiti is home to 130,000 people, which isn’t big by United States standards, but it feels massive to us. There are cars and people everywhere, bars and nightlife, restaurants with every type of food you can imagine (including at least two McDonalds), noise and lots of activity. 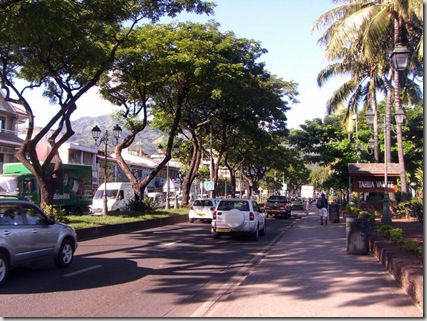 The islands here are volcanic with sharp, jagged peaks reaching more than 7000 feet. They are covered in dense, verdant foliage and the water is crystal clear, with good surf breaks everywhere you look. There aren’t sandy beaches that you’d expect to find, but rather coral reefs that surround the islands, which make for great diving and exciting (and somewhat risky) surfing. We haven’t braved a wave yet, but Brian and Brady are keen to get on the boards soon. I’ll sit these waves out – I’m not good enough to escape without scrapes and bruises from the jagged coral that lives beneath the surf. 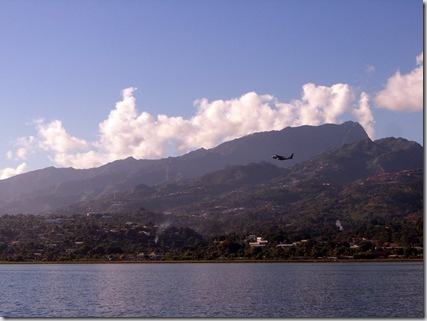 We’re sailing to Moorea on Saturday, along with 70 other boats, in a regatta sponsored by the Puddle Jump organizers (the group of boats that crossed the Pacific with us). Moorea is only 12 miles from Papeete, so it’ll be a short race. But when we arrive we’ve been promised canoe races, traditional dancing, and lots of good Tahitian food. On Monday we’ll return to Tahiti to explore the rest of the island and buy food for the next few months. Our ship stores are running low, as we haven’t seen a large grocery store since Mexico. 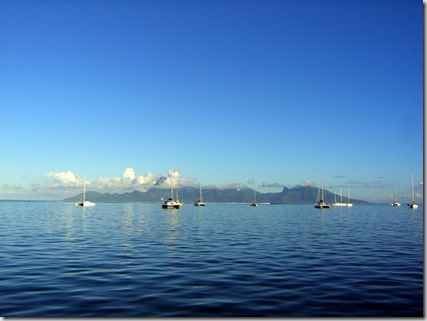 Buying food here is easier than it was on the Marquesas and Tuamotu islands, but we’ve been suffering from a bit of sticker shock. Everything is incredibly expensive: in the restaurants one beer ranges from $9 to $15 dollars and a cheeseburger with fries runs anywhere from $15 to $24. The grocery stores have inflated prices as well, so day-to-day costs, even if one doesn’t eat out all of the time, are alarmingly skewed. We’re still not clear how the prices have become so inflated, as there isn’t a large amount of industry here. Most of the residents work in the myriad restaurants and bars, or as government employees. Perhaps that’s the price you pay to live in paradise.

We have just over a month to explore the Society Islands because our visas expire on July 21. It’s here that we’ll leave a lot of our new friends behind, as some boats are heading to New Zealand for cyclone season and sailing on different paths than us. It’s difficult to say goodbye to friends out here – the bonds made while sailing seem so much stronger than the ones made back home, possibly because this experience is so intense and concentrated. Our friend Eric on Secret Agent Man is flying to Seattle tomorrow morning to spend at least six months there, Ross on Bubbles left yesterday to go back to work, and Antoine leaves tonight to study medicine in France. We’ll miss you guys!

When friends start to leave and boats begin to sail in different directions, it’s hard not to think about what comes next rather than appreciating where we are now. All three of us have various moments in which our mind wakes up, the fog lifts, and a wave of realization about how far we’ve come and what we’ve accomplished moves through us. It’s not everyday that I get to write a blog post from one of the most beautiful places on earth…

Soon we’ll move on, too. But for now, we’ll eat and drink and end up just a little bit poorer than when we arrived.