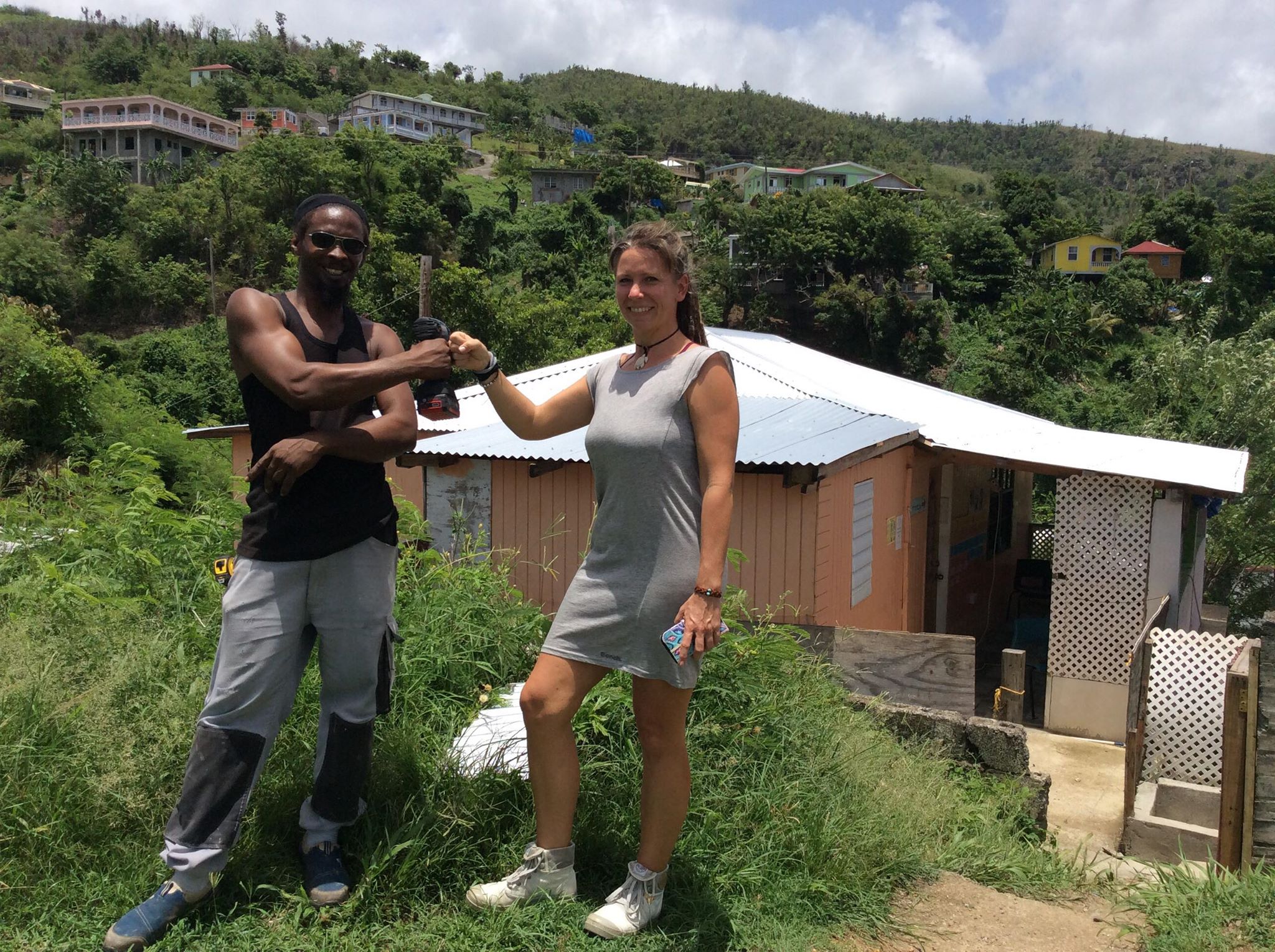 Sailing across the Indian Ocean way back in 2015 we listened to a podcast about Tom’s Shoes.  This is one of our favorite indulgences on passage, and it’s a great way to pass the time while we lounge around half asleep to the gentle rocking motion of Delos.  One eye on the horizon and an ear tuned into whatever happens to be playing in the background.

The on watch crew has control of the entertainment, and in this case we were on a marathon session of “How I Built This” by Guy Raz.  The podcast featuring Tom’s Shoes popped up and the story of creating a profitable business that could still have a positive impact on the world rung true with us.  Then and there we decided that we would try and use whatever social media influence we had to not only promote our project and way of living, but to also try and help those less fortunate than ourselves.

Based on these ideals, when we wrote our articles of incorporation for “The Delos Project” we decided to do a few things.  First off, we decided to use the money from our Buy us a Beer fund (some, but not all! Ha Ha.) to actually pass on the love and buy other people beers.  You have no idea how much fun it is to buy random strangers in a bar a round of beers.  They look confused at first, probably wondering “What do you have to profit from buying me a drink?  What do you want in return?”

Eventually they smile and thank you, to which we reply “Don’t thank us, it’s a gift given to us by someone on the other side of the world.  All we ask is you enjoy the drink, and if possible do the same for someone else down the road.”  It’s a concept of paying it forward, and of course this often results in many more rounds and great conversation during which we do our best to explain our lifestyle, and how we support it by sailing around the world and making YouTube videos.

Even more important than buying random strangers drinks, we decided to set aside a percentage of any financial gain from The Delos Project and put the money towards ideals that focus on the areas of humanity and the environment.  In fact, here is a snippet from a document entitled “The Articles of Chagos” which we wrote in the middle of the Indian Ocean in the remote, uninhabited archipelago of Chagos.

Delos is about inspiring people, about encouraging people to live in the now.  We hope by doing this others will take a few moments to relax from the typical rushed pace of life and consider just what a special planet we live on.  Just a small step back from the typical consumer lifestyle will have positive impact and healthy side effects on the planet and humanity in general.  It can be as small as giving someone a much needed break from the dreary work day, or as large as actually inspiring someone to do what’s necessary to live their dreams.  We intend to do this by giving people a glimpse via social media into an alternative lifestyle of sailing and traveling around the world.

So what do we want to accomplish with this?

First and foremost the purpose is to establish a sustainable lifestyle focused business that allows freedom, flexibility, and enough income to live comfortably.  We will then use this sustainable business to accomplish our mission.

I will spare you the legal mumbo jumbo we mostly copied from Legal Zoom to create an LLC in the US, however I think this excerpt from further on in the document is very poignant:

“…20% will be set aside for charities, donations, causes, and the future growth of the Delos Mission.  Of this half will go to charitable causes outside of Delos, the other half will be used for Delos charity and future growth of our project…”

So, from the onset of our project we built in a way to make sure we incorporated the concept of giving back and paying it forward.  We have been able to support many environmental and humanitarian efforts because of this, which brings me to what I actually wanted to talk about which is the completion of a very successful project we helped with in conjunction with Andy and Joanna from SV Bamba Maru, entitled “Sailing for a Smile”.  Their project focused on humanitarian and rebuilding efforts for those affected by the devastating hurricanes that recently struck the Caribbean.  They loaded their catamaran with relief supplies and personally delivered them to those affected by the natural disasters.

Recently they had focused their efforts on Dominica, a Caribbean island that was decimated by the ferocious hurricanes, and even more specifically for efforts to help schools and kids that had slipped through the cracks of the other larger relief programs.  For this project instead of simply giving a percentage of our proceeds we decided to try and use Social Media as a multiplier for that money.  We asked the Delos Tribe to match our money, promising that we would match any contributions made to this project 100% for the first $1,000.  In other words, if we got $1,000 in donations from the Delos Tribe we would kick in another $1,000 and double the efforts then donate 100% of that money.  Well, the Delos Tribe absolutely blew us out of the water!  We got hundreds of individual donations ranging in size from $1.00 to $500.00.  Using social media we  turned $1,000 into over $15,000 dollars!  If you’re interested here is the YouTube video that kicked off the project.

You might be wondering why not create custom, one-off shirts for such projects?  Certainly people are more likely to donate when they get something tangible in return.  We did in fact look into this but after a few calculations decided that given the cost of making and distributing custom shirts, especially if they are printed on demand, it’s very likely that most of the money would go to the printing and distribution of the shirts rather than to support the effort itself.  For example on our own Delos shirts we sell in our shop our profit margin is about 20% before fulfillment.   To raise the same money we did with direct donations we would have needed to sell $75,000 worth of shirts!

SV Bamba Maru was anchored in Dominica identifying specific schools that still had significant damage and were not receiving help from other organizations.  Our plan was to bypass some of the bureaucratic losses that unfortunately occur in some larger charity organizations and donate the money directly to the schools themselves.  This meant tracking down the school principals, discussing what work they required, and finally  getting the wire transfer information so we could wire the money directly to the school bank accounts.

We decided to make many small donations, both so that we could ensure the money was being used properly, but also because we learned if money wired into a school account exceeded a certain amount it must be transferred to the Dominica school general fund.  At which point we would lose the ability to determine where and what the money was actually used for.  This also gave us the ability to donate directly to pre-schools and adolescent organizations that were outside of the government funded system, but still vital to the entire ecosystem.

It took about 6 months, but using this method we were able to do major work on a number of buildings.  This work ranged from full roof replacements to structural repairs to window replacements.  In some cases we purchased kitchen equipment to get school cafeterias back in operation.  Who wants to learn on an empty stomach?  Not this guy!  The Delos Tribe even stepped up personally to deliver school supplies and sports equipment purchased in the US and delivered it by sailboat.

I would like to express my thanks to everyone that made this project successful by donating. You know who you are!  And especially to Andy and Joanna from SV Bamba Maru for doing the grunt work on the ground.  It wouldn’t have been possible otherwise!

Please check out the video below that Andy and Joanna put together that sums up the project!